Home 2022 Mercedes-Benz Project SMNR: Virtual showcar powered by the energy of the worldwide... 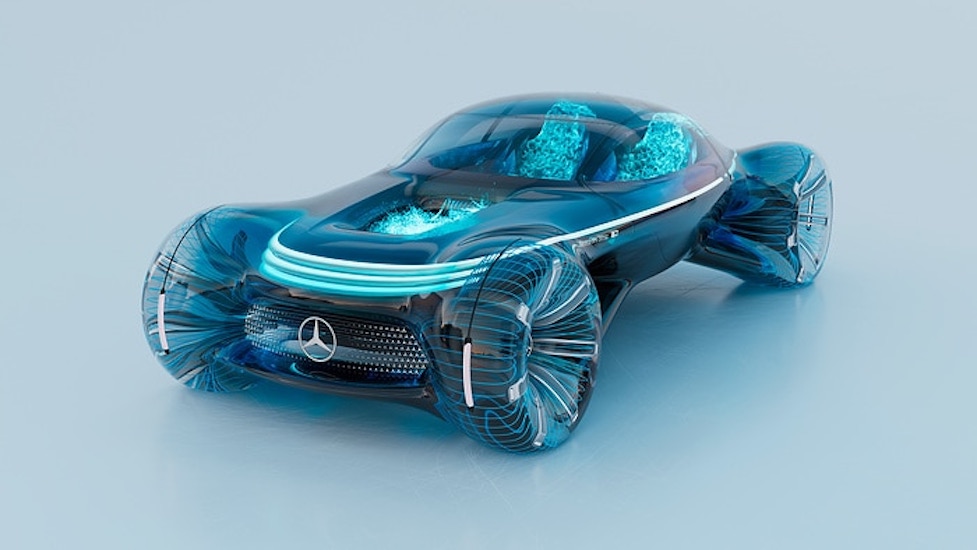 At this year’s League of Legends (LoL) World Championship Final on 5 November in San Francisco, Mercedes‑Benz will present details of its purely virtual showcar for the first time

Boundless design possibilities in virtual space allowed for the design of a sculptural two-seater coupé, which is characterized by its semi-transparent materiality

The Mercedes‑Benz Project SMNR (Summoner) is driven by the energy of the worldwide fan community: Each player and their avatar, called ‘Summoner’, are represented by an energy particle in the vehicle

The Mercedes‑EQ House is a central part of the Riot Games Fan Village in San Francisco, where it presents an EQS SUV as a trophy of the Summoner’s Cup

Mercedes‑Benz combines two things in Project SMNR: a passion for League of Legends Esports and extraordinary design expertise. The result is a unique virtual showcar – created in a joint co-creation process with Riot Games, the game developer of the global game title League of Legends. Inspired by the dynamic world of League of Legends, the Mercedes designers have created a vehicle that redefines the boundary between reality and fiction in an unprecedented process.

‘For the first time, we were able to set aside the boundaries of materiality and physics and give free rein to our creativity. Because of the virtual space, there are no limits to what we can create’, says Gorden Wagener, Chief Design Officer Mercedes‑Benz Group AG. ‘This endeavor to continuously develop our design and to constantly challenge ourselves in a new way manifests itself in Project SMNR. We give our creativity the space for the unexpected.’

Project SMNR embodies the Mercedes‑Benz’s design philosophy of Sensual Purity. The showcar combines beauty with the extraordinary in a unique way. Due to the purely virtual environment, the design is free from production constraints and the laws of physics. The resulting use of completely new materials, known as ‘metamaterials’, pushes the limits of what is possible. For example, the two-seater vehicle has a dynamic silhouette with a centrally located driver’s cockpit and increased ground clearance.

The wheels in the conventional sense have been replaced by energy fields and are fluidly integrated into the overall design of the vehicle. The flexible energy fields make it possible to completely dissolve the axles and bring their absence into focus.

In addition, the spokes run inwards and accentuate the sculptural axle tunnel. In combination with the noticeably short rear section, this enhances the showcar’s powerful and energetic appearance. In places where one would expect supporting structures or solid materiality, the design surprises with bioluminescent energy particles and flowing structures.

The vehicle design was inspired by the world of gaming in general and LoL Esports in particular. It is based on two unique elements: the ‘Energetic Core’ and the ‘Zoning Molecules’.

‘Energetic Core’: the supporting element of the overall design

As a solid core, the ‘Energetic Core’ defines the vehicle’s character and dominates the dynamic design language of Project SMNR. It is the central design element and supports not only the wheels, which consist of energy fields, but also the centrally located passenger cell.

The semi-transparent layer not only allow a view of the interior of the showcar, but also creates a completely new impression of design language and exterior appearance. The designation ‘Zoning Molecules’ indirectly comes from the game ‘League of Legends’. The ‘zone’ is the area controlled by a team – zoning is the corresponding verb and describes the mastery of a certain area.

The bioluminescent elements are what bring Project SMNR to life by allowing fluid changes in form and movement. This is because each energy particle represents a player and their avatar, which in League of Legends is called a ‘Summoner’. Consequently, the individual particles are not only part of the design, but also a source of energy for the vehicle.

It is the players, fans and their Summoners that drive the rhythmically pulsating heart of Project SMNR and thus illuminate the different areas of the vehicle. During this year’s Worlds all fans can experience this extraordinary approach at the Mercedes‑EQ House within the Riot Games Fan Village in San Francisco.

The Project SMNR is showcased in an immersive and interactive way via a multi-screen installation that displays the car from different perspectives in sharp detail. Finally, Project SMNR features the first fully three-dimensional user interface in virtual space, representing the environment in a realtime hologram. Thereto Mercedes‑Benz presents its design film for Project SMNR: Here.

After six weeks of group and knockout phases, the highlight of League of Legends Worlds is coming up on 5 November – the final at the Chase Center in San Francisco. In addition to the Worlds trophy, the winning team will also receive the iconic Championship Ring designed by Mercedes‑Benz with a lasting diamond in the center of the ring.

In addition, Mercedes‑Benz will be the central part of the Riot Games Fan Village in San Francisco with the Mercedes‑EQ House. On an area of 250 square meters, the brand with the star will not only provide exclusive insights into the world of Mercedes‑Benz.

But will also present a Mercedes‑EQS SUV alongside the virtual showcar and the Championship Ring. This was used as a trophy carrier during the Worlds and transported the Summoner’s Cup from New York to San Francisco via Atlanta. In the vehicle on-site, visitors can marvel at the integration of design elements in the League of Legends look into the MBUX digital infotainment system.

The exclusive partnership between Mercedes-Benz and the global League of Legends Esports events of Riot Games has been in place since 2020. The focus of all activities of the exclusive commitment of both partners is the further development of the global esports culture and the strengthening of the worldwide LoL community.