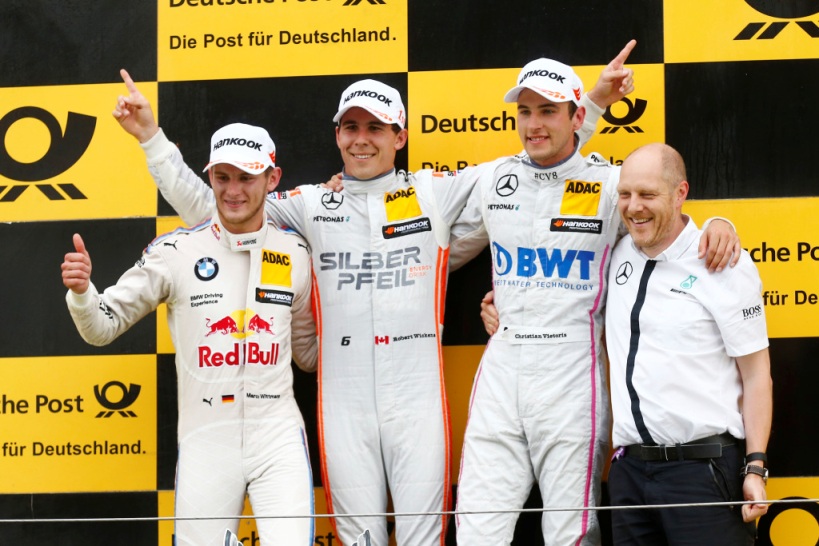 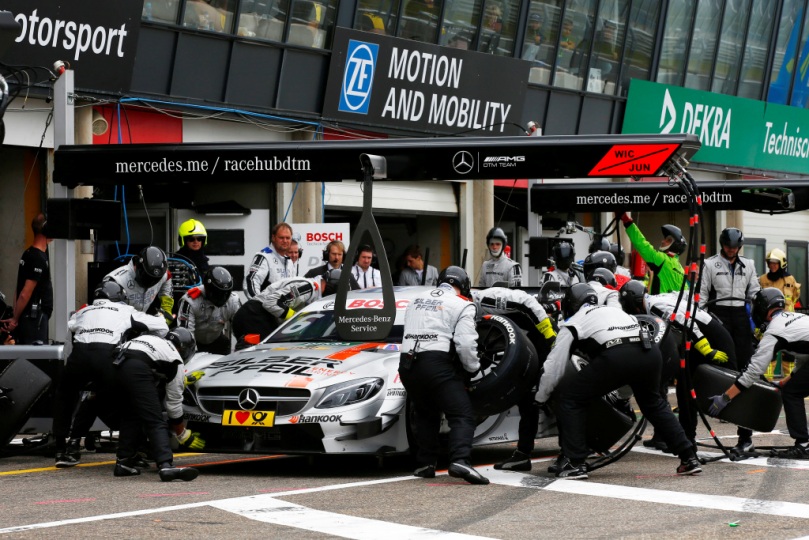 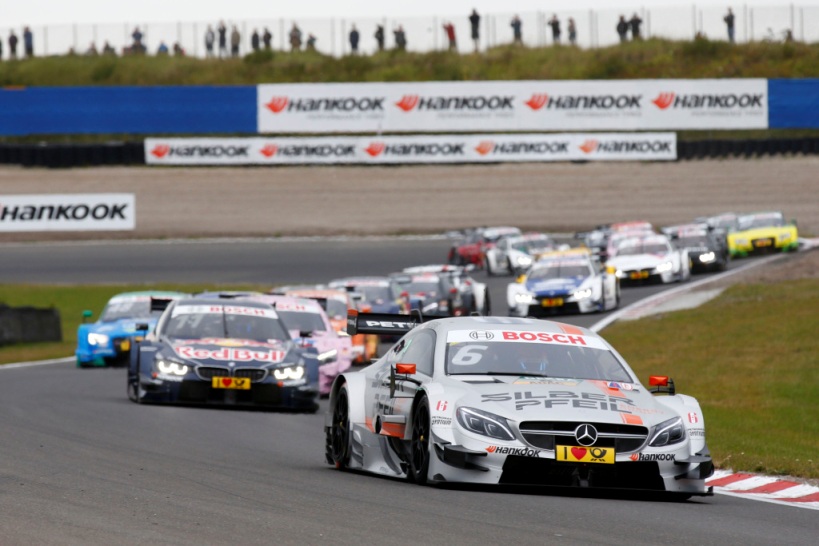 Robert Wickens: “The whole team have done a tremendous job, and together we’ve recorded my first win of the season.”

Team celebrate mid-point of season with a win: Robert Wickens (SILBERPFEIL Energy Mercedes-AMG C 63 DTM) secured the win, his fourth success in the DTM, with a comfortable start-finish victory in the ninth of 18 races this season. The Canadian was the star of the day at Zandvoort. He secured the fourth pole position of his DTM career in qualifying.

Wickens also drew level in the stats with Formula 1 World Champion Keke Rosberg by achieving his tenth DTM podium. Wickens on 83 points now improves to second place in the driver standings with this win, and is only ten points behind leader Marco Wittmann (BMW).

Five drivers in the Top Nine made this a strong team result for the Mercedes-AMG DTM Team. Christian Vietoris (BWT Mercedes-AMG C 63 DTM) took third place on the podium next to Wickens. Vietoris achieved his eighth podium and the 30th points-scoring finish of his DTM career with this third place. He has now achieved as many podiums in the DTM as former Mercedes-AMG DTM ace and ex-Formula 1 driver Jean Alesi.

Looking ahead to race 2: The tenth race of the 2016 DTM season will start on Sunday at 13:43 (live on ARD at 13:30). The third free practice session will be staged at 09:20 and the second qualifying session at 11:20 (live on EinsFestival at 11:15). The Mercedes-AMG DTM Race Hub at mercedes.me/racehubdtm, featuring live timing data, live commentary, fan voting and exclusive video clips hosted by Thore Schölermann will give an insight into what’s happening behind the scenes at the Mercedes-AMG DTM Team during each race weekend.

“After this race, I’ve got an especially big grin on my face. I haven’t had much luck here in the past, but the whole team have done a tremendous job, and together we’ve recorded my first win of the season. We knew that this track would be difficult for us, so we put in a lot of hard work, and that’s now paid off. The car was simply fantastic. Winning races is never easy – it may have looked that way, but I can tell you that it most certainly wasn’t. I tried to manage the tyres in case the safety car came out again. I got into a good rhythm, and everything worked superbly.”

“I’ve been waiting for this podium for a long time. I put in strong performances at both the Lausitzring and the Norisring, and I’m happy that we’ve now been able to convert the good grid position here into points. I was faster on the corners than Marco Wittmann who was ahead of me, but unfortunately I wasn’t able to overtake him on the straights. I tried everything possible but found no way past. There is a lot of sand on the track next to the perfect racing line. If you stray into it, you then need a couple of laps to get the tyres clean again. We now have to find a bit more top speed this evening so that we can go on the attack again tomorrow.”

“The car has run well so far all weekend. Fourth place in qualifying was a decent grid position for the race. I would have liked to have been on the front row, but it was still okay. It’s very difficult to overtake other cars on this track, but anyways, I managed not to lose position. However, I couldn’t push forwards. As things have worked out, fourth place gives me four more points and a sound basis for tomorrow.”

“At last – my first points of the year! After a difficult start to the season, this is just the tonic we needed. Unfortunately, I had a bit of bad luck in qualifying with a fault on the power steering, which meant that I was unable to qualify any higher than P13. In the free practice sessions before that, I had been second and third fastest. In the race, though, I had the chance to show just how competitive we are. Now I’m aiming for a podium finish tomorrow.”

“It’s great to finally secure a few points. It feels the season has begun all over again for me after all the bad luck we’ve had so far. The race went well. I spun my wheels at the start and lost a couple of places. However, I was able to keep up after that and win back the positions.”

“I moved up the field to twelfth place from P21 on the grid – which is very positive. Unfortunately, I made a mess of qualifying. We still managed to do our best in the race, though.”

“That was obviously not what I’d expected on the first day of racing here. We need to analyse the reasons behind it before tomorrow. There’s nothing positive that I can take away from today.” < /p>

“I got a good start. Martin and Tambay were in front of me. That’s why I moved to the middle. I suddenly felt a blow from behind. You can see that my car has been damaged to the rear. Too bad that my race was over after approximately a hundred metres. I’d just changed up into third gear, and then it was all over. The guys worked hard to repair the car after qualifying. Much more should have been possible today, for sure.”

“A masterful start-to-finish victory for Robert and a strong team performance, with five Mercedes-AMG C 63s in the Top Ten. That’ s obviously what we aim for. I’m especially pleased that Dani and Esteban scored their first points today. The two of them have really deserved it. It’s also the sort of thing that gives everyone a boost for the upcoming races.”