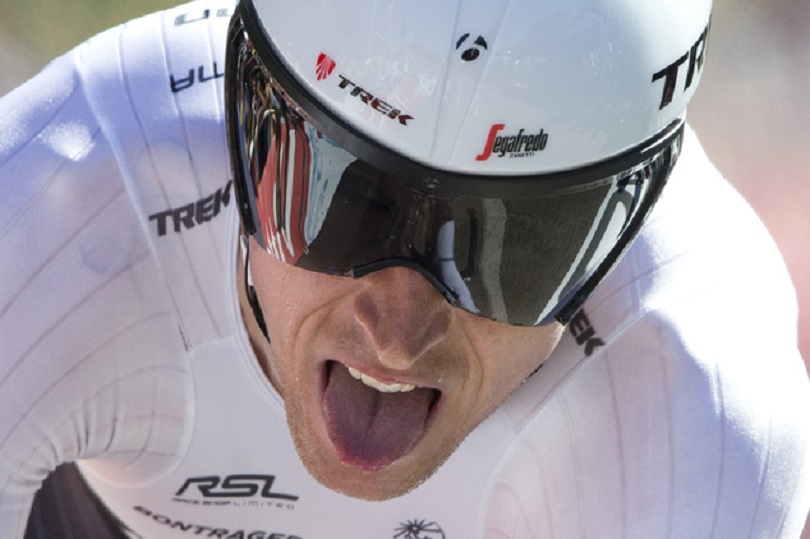 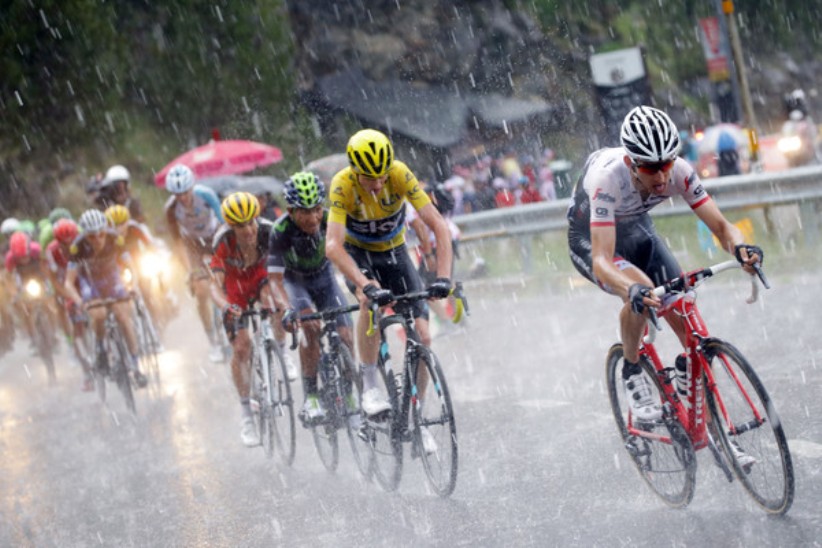 While almost everyone at the Tour de France has been focussing on a battle royale between Chris Froome and Nairo Quintana, Bauke Mollema has been quietly edging up the standings.

And now, race leader Froome insists Mollema is the man to watch out for.

The Dutchman put in a strong time-trial on Friday, a day after being one of only two men — the other Australia’s Richie Porte — able to follow Froome’s attack on the iconic Mont Ventoux.

At 29 years of age, Mollema is perhaps finally ready to deliver on the promise he showed back in 2007 when he won the Tour de l’Avenir (Tour of the Future) — a Tour de France for riders under the age of 23.

He broke into the top 10 in the overall standings this year after stage eight, moved up to fifth on stage 11 and took over second place on Friday.

“He was there on Ventoux when I attacked with Richie; he did a very good time-trial; I’ve got to consider him my biggest rival.”

Asked after Saturday’s 14th stage if Mollema could win the Tour, a slightly less than enthusiastic Froome added: “Why not? He’s in second place now.”

Over the last three years Froome has been considered the best Grand Tour rider, with twice runner-up Quintana and two-time former winner Contador his greatest rivals.

In 2014 when Quintana skipped the Tour and both Froome and Contador crashed out, it was Italian Vincenzo Nibali who stormed to victory.

But over those three years, one man has been consistently finishing in the top 10: Mollema.

He’s also finished 12th at the Giro d’Italia in 2010 and fourth at the Vuelta a Espana a year later.

However, he himself suggested he’s not yet ready to compete for overall Tour victory.

Sitting second at 1min 47sec behind Froome, he seemed more concerned about maintaining his 58sec advantage over the best of the rest, Briton Adam Yates.

“(Sunday) is another very important day; it will be a day of focus to not lose any time,” he said following Saturday’s stage, which he described as “a silence before the storm”.

Mollema seems to have been riding himself into form at this Tour and while he doesn’t attract many headlines outside his Dutch homeland, his performance on Ventoux suggested he should be feared.

Yet even though he is sitting fourth overall at 2:59, Quintana remains the most dangerous threat to Froome’s hopes of winning a third Tour title.

“My expectations for the last week is it’s going to be a very testing week,” said Froome, 31.

“It’s going to be extremely tough; tougher than any of the stages we’ve had up until now.

“If Nairo’s history is anything to go by, we know the third week he’s very strong.

“Last year he put me under a lot of pressure in the last week and we can expect the same again.”

After Sunday’s mountainous stage, there remain four more stages in the Alps, including a 17km uphill time-trial.

And while Froome has a healthy lead, he’s not counting his chickens yet.

And while he states publically that Mollema is his main rival, subconsciously it seems Quintana is the man who remains on his mind.

“I have a little bit of breathing space now in the overall standings but it’s a long way to go to Paris,” he said

“We’ve got all the stages in the Alps — they’re very hard this year.