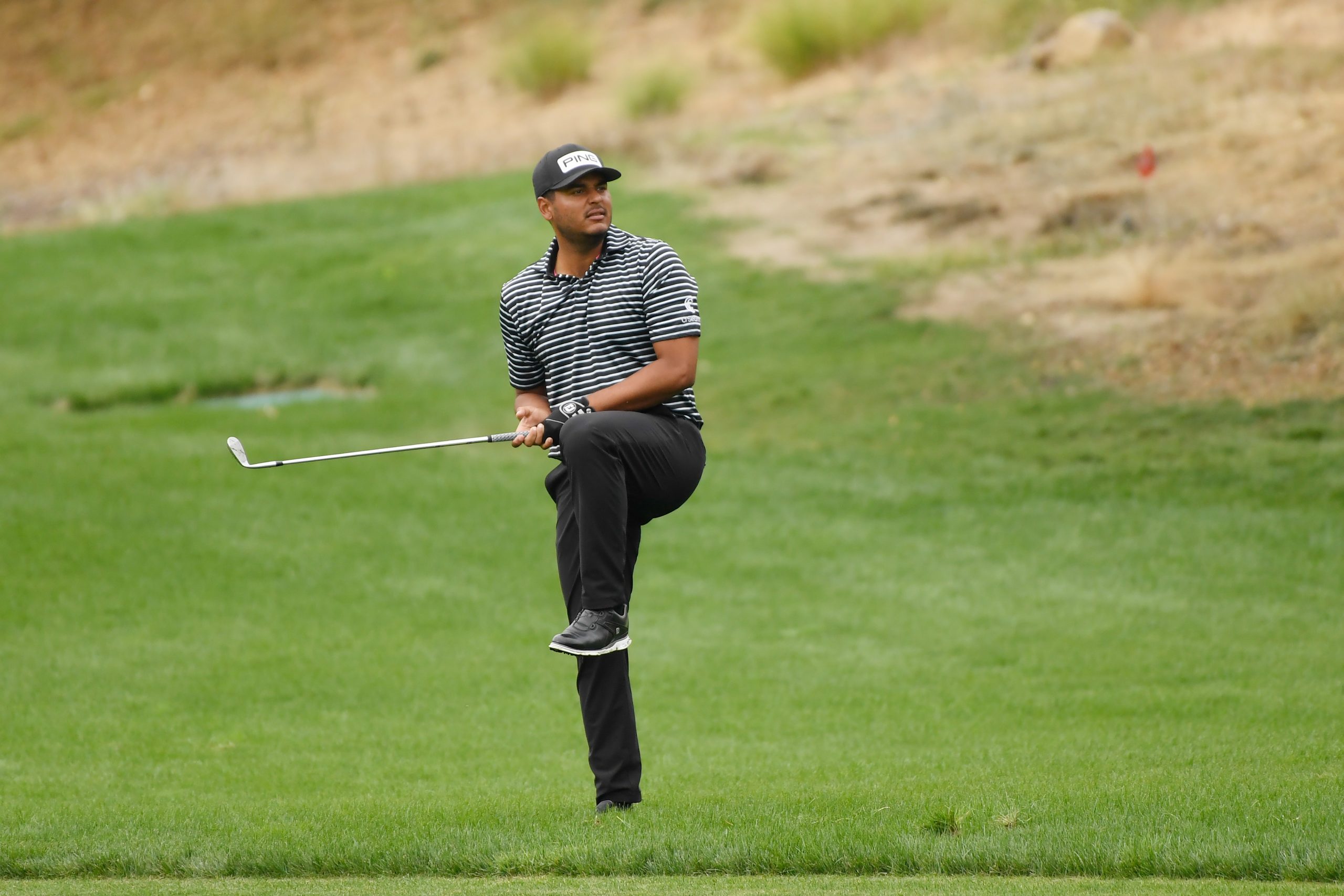 Sebastian Munoz eclipsed the stars with two eagles as he grabbed a one-shot lead with a superb 8-under 64 in the first round of the ZOZO CHAMPIONSHIP @ SHERWOOD on Thursday.

The 27-year-old Colombian began his day with a three-putt bogey from seven feet before soaring with eagles on Hole Nos. 7 and 16 when he holed out from 168 yards and 51 yards respectively to earn his fourth ever first round lead/co-lead on the PGA TOUR.

In-form Tyrell Hatton and Justin Thomas, the 2017 FedExCup champion, led the chasing pack at Sherwood Country Club with matching 65s in the US$8 million tournament which moved from its home base in Japan to the U.S. due to the coronavirus.

Defending champion Tiger Woods had a day to forget as he stumbled to a 76 for his career worst round at Sherwood, leaving him in a share of 75th place in the 78-man field while two-time FedExCup champion Rory McIlroy carded a 73.

After securing his maiden PGA TOUR victory last fall which helped him finish a career high eighth on the FedExCup ranking last season, Munoz has continued to establish himself and arrived at Sherwood following a ninth place outing at THE CJ CUP @ SHADOW CREEK in Las Vegas on Sunday.

He bounced back from his first hole blemish with four birdies over his next five holes before producing a moment of magic by holing out a nine iron approach shot at the par 4 seventh hole. A second eagle came courtesy of a deft pitch at the par 5 16th hole, although he needed a touch of luck when his second shot hit a tree and managed to stay out of the penalty area.

“At just one of those days it happens,” said Munoz of his round which also featured eight birdies, two bogeys and one double bogey.“On seven, my caddie was just talking it had to be a really good 9 (iron). So I just focused on making the best swing and I started four yards left, started cutting nicely towards the pin, and once you see the guys throw the touchdown sign, it’s good. And 16, we thought it was maybe going to be wet, but happily it was short of the water (after hitting a tree with his second shot). So I throw it up there and find the hole (for eagle) … it was pretty sweet,” added the Colombian, who led the field in Strokes Gained: Tee to Green and Around the Green.

Thomas battled to an even par front nine with two birdies against as many dropped shots before cruising home in 29, courtesy of a hot putter which delivered five birdies and an eagle on 16 as he chases a 14th PGA TOUR victory.

“I was playing well on the front, I just stayed patient. I was really reading the greens poorly for the putts that I missed. If my ball rolls another inch on 1, I make it. I had a pretty nasty lip out on 2, bad three putt on 7, so it’s the little things like that to where if some of those things go my way, I don’t shoot even. I knew that I was close, I just needed to stay patient,” said Thomas, who finished his day with eagle-birdie-birdie.

Hatton, 29, credited a short break in the U.K. for his top form which has seen him rise to World No. 9 following a win on the European Tour two weeks ago and a tied third finish at THE CJ CUP last week. In March, he claimed a maiden PGA TOUR win at the Arnold Palmer Invitational presented by Mastercard.

“I think being able to go home after the U.S. Open was massive for me. I did eight and a half months out here in the States … that’s a long time away from family and friends. And I worked with my dad who’s my coach, who I haven’t seen since THE PLAYERS. You can only do so much on FaceTime and stuff like that,” said Hatton.

“Everything was pretty solid out there, to be honest. Obviously I got lucky a couple of times, my bad shots today ended up in kind of okay places. Hoping that I can kind of play well the next three days and finish off what would be a really good three weeks of golf.”

A year after making history in Japan where he equalled Sam Snead’s record of 82 PGA TOUR victories, Woods surprisingly struggled at Sherwood, a course which he has won five times previously in his own tournament, the Hero World Challenge. Woods struggled off the tee, hitting only seven fairways and found only 10 greens in regulation. He was also 3-over on the par-5s, tying his worst par-5 performance in a round on TOUR.

2018 RBC Heritage champion Satoshi Kodaira and Rikuya Hoshino hold the best position at T17 amongst the eight Japanese players in the field with matching 4-under 68s while Hideki Matsuyama, who is a five-time PGA TOUR winner and runner-up in the event last year, opened with a 70.