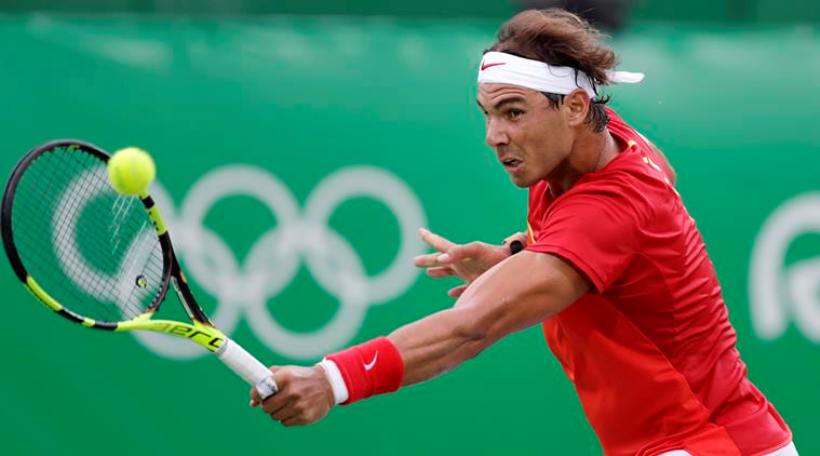 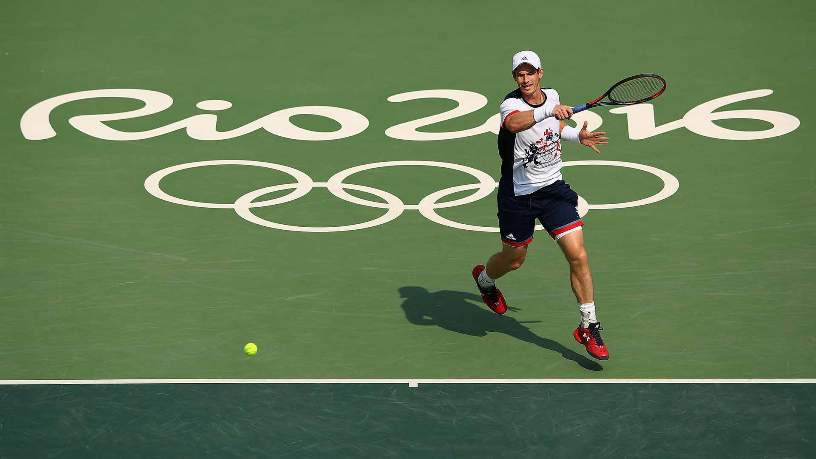 Rafael Nadal gave up his ambitious dream of an Olympic golden treble Thursday after spending an exhausting four hours on court to reach the singles quarter-finals and men’s doubles final.

The 30-year-old Spaniard was set to partner French Open champion Garbine Muguruza in the mixed but withdrew just moments before they were to face Lucie Hradecka and Radek Stepanek in a first round tie.

The effort of downing Gilles Simon in the singles followed just a couple of hours later by teaming with lifelong friend Marc Lopez to beat Daniel Nestor and Vasek Pospisil to make the gold medal doubles match proved too much.

Nadal, playing for the first time in two and a half months after a wrist injury forced him out of the French Open, started Thursday staring at a gruelling 10-match schedule in just four days if he was to win three golds.

But having already spent eight hours on court this week, followed by four more on Thursday, the 14-time major winner ran out of gas, his plans not helped by all of Wednesday’s schedule being washed out.

Nadal had hinted that he was unlikely to fullfil his mixed doubles commitments just after seeing off Nestor and Pospisil 7-6 (7/1), 7-6 (7/4) to set-up Friday’s gold medal clash against Florin Mergea and Horia Tecau of Romania.

When asked if it was possible to win three golds, he replied: “No, no, that’s impossible.”

He added: “My only priority is that I have a silver medal for sure. For us, it’s a dream come true.

“It’s time to enjoy it. I’m also in the quarter-finals in singles, which is also very important, but I came here not expecting anything, having practised almost zero for the last two months.”

Andy Murray, the second seed and bidding to be the first player to defend an Olympic singles title, came back from 3-0 down in the deciding set to defeat Italy’s Fabio Fognini.

But it was an uncomfortable day for the world number two.

Murray raced to a 5-0 lead in the first set and was sitting comfortably with a 2-1 advantage in the second.

But Fognini then captured eight successive games to lead 3-0 in the third before Murray reclaimed the momentum, reeling off the next six.

“You have to totally change your technique and your strokes and it throws off your rhythm, your timing,” said Murray who hit 48 unforced errors in the swirling conditions.

Murray was soon back on court partnering Heather Watson in the mixed doubles after Monica Niculescu and Mergea withdrew.

The British pair, silver medallists in London four years ago, made the most of their late call-up, beating David Ferrer and Carla Suarez Navarro of Spain 6-3, 6-3.

Juan Martin del Potro, who put out world number one Novak Djokovic in the first round, made the last-eight with a 6-7 (4/7), 6-1, 6-2 win over Taro Daniel of Japan to set up a quarter-final with Spain’s Roberto Bautista Agut.