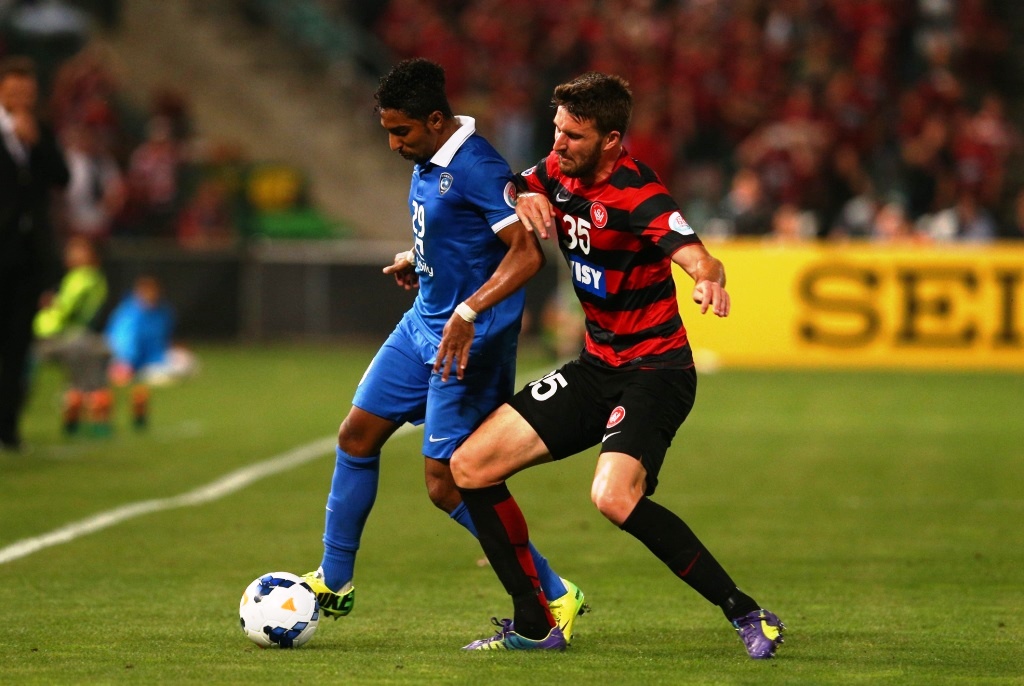 Defender Antony Golec believes nothing can stand in the way of Western Sydney Wanderers’ bid to become the first Australian Asian champions after the A-League side arrived in Riyadh ahead of Saturday’s AFC Champions League final second leg against Al Hilal following a grueling trip to Saudi Arabia.

Full-back Golec provided the cross for substitute Tomi Juric to net the only goal of last weekend’s first leg just after the hour mark at Parramatta Stadium as Western Sydney recorded a sixth consecutive home win in the AFC Champions League.

And despite Tony Popovic’s side arriving in Riyadh on Wednesday following a journey of over 16 hours via Dubai having departed Sydney on Tuesday evening, Western Sydney’s squad were in a relaxed mood having made a similar trip for a 10-day pre-season training camp last month.

“We had a few days off after the game to recover then a few sessions and then we flew in on Wednesday morning. It was a long flight, and with the two flights and the bus ride it was 16 and a half hours, but that does not worry us as we are mentally tough,” said former Sydney FC and Adelaide United defender Golec, who has been a virtual ever-present for Western Sydney in the AFC Champions League
this season

“It is not too hot here compared to when we were in Dubai about a month ago when it was 40 degrees and we were training in that, so we
are prepared for anything that can happen.

“We have similar weather in Australia and we have been around for a long time playing in Australia, so for us it is just mentally knowing that we have been through 40 or 50 degrees in training and we can get through it here.”

Their trip to Riyadh ahead of Saturday’s second leg at the King Fahd International Stadium represents a first outing for an Australian side in the West of Asia with Popovic’s side having previously played in China, Japan and Korea Republic during their maiden AFC Champions League campaign this year.

Western Sydney have failed to win any of their last three away games in the AFC Champions League, but Popovic’s side did manage to
crucially score in their defeats to Sanfrecce Hiroshima in Japan and Guangzhou Evergrande in China before sharing a goalless draw with FC Seoul in Korea in the previous round.

“It would be fantastic to get an away goal and keep a cleansheet, but it is easier said than done and we have to stick to what we are
good at and believe in it,” added 24-year-old Golec.
“We will have to tweak a few things from the last game and now we have played against them we know a lot more about them and we are familiar with them. So for us it is just fix the little things, and as long as we are mentally tough and we are strong, we have that belief nothing can stand in our way.”

Golec and his Western Sydney team-mates had been severely tested by two-time Asian champions Al Hilal for the majority of the first leg until the full-back swung over an inch-perfect first-time cross for Juric to slide home from the edge of the six yard area just six minutes after being introduced in place of Brendon Santalab.

“We just wanted to go out there and do our best. It wasn’t our best game, but it wasn’t our worst, and to get a cleansheet was fantastic and something we wanted; to prevent them from scoring a goal at our home,” said Golec, who was also part of the Adelaide squad which reached the quarter-finals of the AFC Champions League in 2012.

“Having the win and a one goal advantage means we are ahead on aggregate and we have to take a lot of positives from that.

“We know it is going to be hard, but we are going to work hard to get it.”