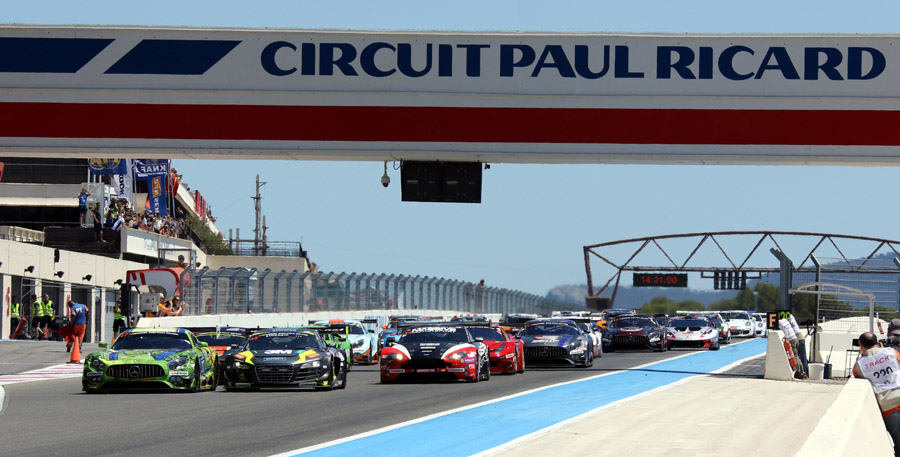 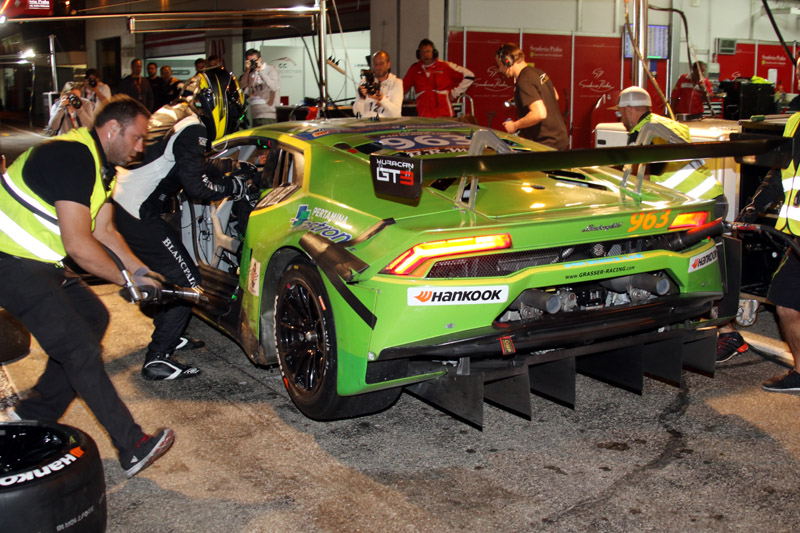 Putting a disappointment behind and quickly looking ahead has to be the task for the Grasser Racing Team this week. After losing a nearly safe podium finish at the 24 hours race at Paul Ricard in the south of France due to bad luck despite a strong performance of the Austrian team the next challenge is already coming up the next weekend: Grasser´s home race of the ADAC-GT-Masters at Red Bull Ring at Spielberg, Austria.

At Paul Ricard Rolf Ineichen (CH), his Swiss fellow countryman Adrian Amstutz and Jeroen Bleekemolen (NL) immediately settled in the top group after P6 in Qualifying, only to be soon thrown back to the end of the field of 51 cars due to a tyre failure. “Unfortunately the lifting system also broke down, which meant we lost 33 minutes or 16 laps in regard to the leading car during the pitstop”, team principal Gottfried Grasser was upset.

Even having to put up with two more tyre problems, the team managed to impressively catch up again:  P48 after two hours, P34 after four hours, P26 after six… At half time of the 24 hours the Lamborghini Hurracán GT3 number 963 was already running in ninth place again, after two thirds of the distance, at the 18 hour mark, in P3 and therefore on the podium.

Until the 20th hour even P2 was reached – while the second fastest race lap at all only meant additional prove of the speed of the car. But then another blown tyre meant final retirement: “Parts of the blown tyre severed a fuel line, so the whole engine compartment suddenly burst up in flames”, Grasser recalled angrily, hot hiding his disappointment with the weekend: “Here all mid-engine cars suffered from two to six tyre failures. This is a clear hint that something was wrong with the tyre material. Sure, Paul Ricard is known to be a very challenging track, but something like this just should not happen, especially as it can also end up with much more serious consequences… But anyway what we are really proud of is our great fight back to the top and the very strong performance of our drivers”.

But now the home race of the ADAC-GT-Masters at Spielberg is already coming up. Last year Adrian Zaugg and Mirko Bortolotti took a surprise victory there as guest starters during the first appearance of Gracer Racing at the GT-Masters. This year the team is already established as part of the top group in the series. So expectations considering the three Grasser cars which will be racing at the Red Bull ring are rising quite high. “We never go to a race without trying to win it”, says Gottfried Grasser with a bit of self confidence, even if he would not want to go as far as claiming the title as his aim for the season: “That would be a bit too much in our first complete year in the series. Here in Austria we will also be confronted with an additional challenge, as the Red Bull Ring has been completely resurfaced with a different tarmac. It´s kind of a new racetrack, no comparisons to 2015 at all. But nevertheless for sure we will have the potential to be competitive again”.

There are also some news about the driver line-up:  Nicolas Pohler will get a new teammate with ADAC GT Masters newcomer Michele Beretta, Luca Stolz and local hero Gerhard Tweraser will team up together as they did during the first two race weekends, while Christian Engelhart will share the so far very successful Lamborghini number 63 with Rolf Ineichen as usual.

What´s very nice and special for the team during its home race is the fact “that the racetrack is only five minutes away from our factory base. 80 percent of our team members are from the region, partly they can sleep at home in their own bed during the race weekend. And of course many of them took the chance of inviting friends, family and sponsors. Each day we will have about 150 guests in our hospitality for greeting, entertaining and some wining and dining.”