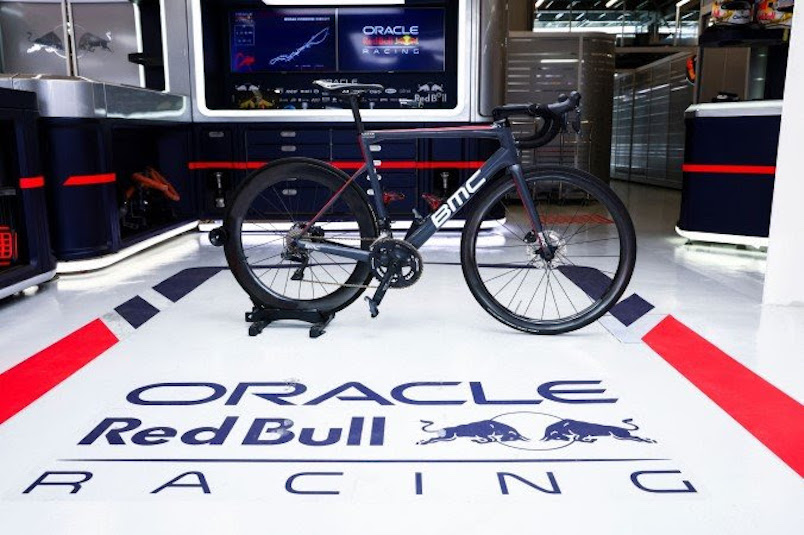 Oracle Red Bull Racing is pleased to announce premium bike brand BMC Switzerland is to join the charge as an Official Partner of the Team. The multi-year agreement deepens an existing technical collaboration that stretches back to 2018 when BMC began working with Red Bull Advanced Technologies to explore areas where Formula One expertise could be applied to high performance competition cycles.

Since the company’s foundation in 1994, BMC Switzerland’s bike products have been ridden to a Tour de France win and a number of World Championship victories.

In the pursuit of enhanced performance, the company began working with the Red Bull Advanced Technologies engineering team, focusing initially on vehicle science and aerodynamics before progressing to structural design and optimisation.

As an Official Team Partner of Oracle Red Bull Racing, BMC is taking the next step in broadening its successful relationship with the Team and will supply bikes for trackside use by the travelling race team, as well as for staff at the Red Bull Technology Campus. The partnership will also extend to include joint activations featuring Max Verstappen, Sergio Perez and athletes from both brands.

Welcoming the strengthened alliance with BMC, Oracle Red Bull Racing CEO and Team Principal, Christian Horner said: “This new agreement takes an already hugely successful collaboration to a new level. We have been working closely with BMC for almost four years and the application of Formula One technologies to performance cycling has yielded some impressive results. Now we are building on that success to encompass a new partnership that will increase visibility, enhance engagement and connect fans of cycling and motor sport in new and exciting ways.”

David Zurcher, CEO of BMC Switzerland, commented: “Partnering with a high performance, like-minded organization such as Oracle Red Bull Racing is a clear demonstration of our dedication to developing the fastest bikes in the world. Taking what has been an ongoing and inspiring high-tech collaboration between BMC and Red Bull Racing to the next level, allows us to elevate our performance and engineering capabilities and ultimately inspire both our fans and riders to ‘Create Speed’. We look forward to the exciting season ahead.”