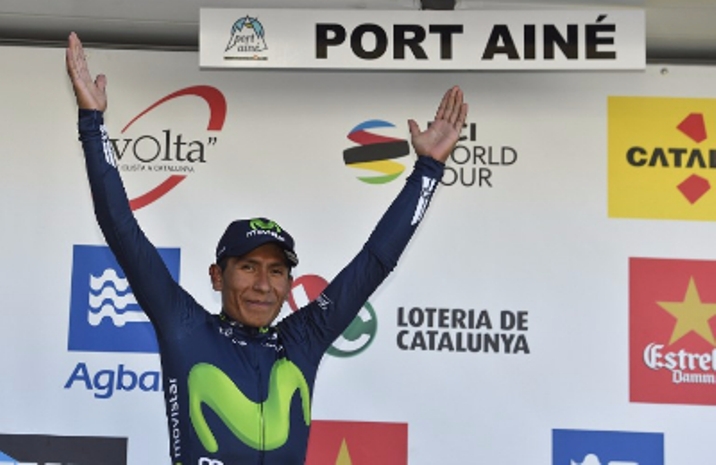 Colombian climber Nairo Quintana on Thursday took a potentially decisive overall lead in the snow-capped summit finish of the fourth stage of the Tour of Catalonia, won by Belgian Thomas De Gendt.

The survivor of a long escape De Gendt won by 1min 08sec but Tour fans were more focussed on the main contenders as Spain’s Alberto Contador and Quintana pushed each other to the limit from 1.5km out.

Movistar’s diminutive climb king eventually dropped the veteran Contador and was out of the saddle all the way to the line with Australian BMC rider Richie Porte edging Contador to second as the pair desperately tried to limit the damage.

“It was a great day. I felt much better than yesterday,” said Quintana, in reference to the time he lost on Wednesday’s summit finish.

But with a medium mountain stage on Friday and a flat one on Saturday ahead of Sunday’s seventh and final stage around the hills of Barcelona, Quintana leads Contador by a slender eight seconds, Porte by 17sec, while overnight leader Dan Martin is fourth at 25sec.

“The main danger will be the Barcelona circuit,” Quintana reflected. “Contador is only eight seconds behind and the others are jst a few seconds more behind. I’ll have to watch out.”

Chris Froome was eighth on the day 1min 45sec adrift of Quintana, and with no time-trial the Sky leader may have ceded the race to the man he beat into second on the 2015 Tour de France.

“It was the first big summit finish of the season,” claimed France’s Romain Bardet, sixth on the day. “And it was a beautiful battle.” – Agence France-Presse