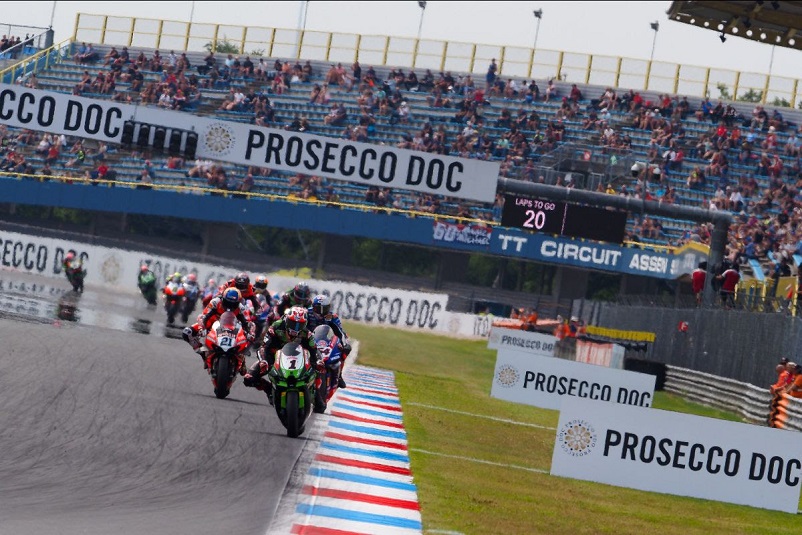 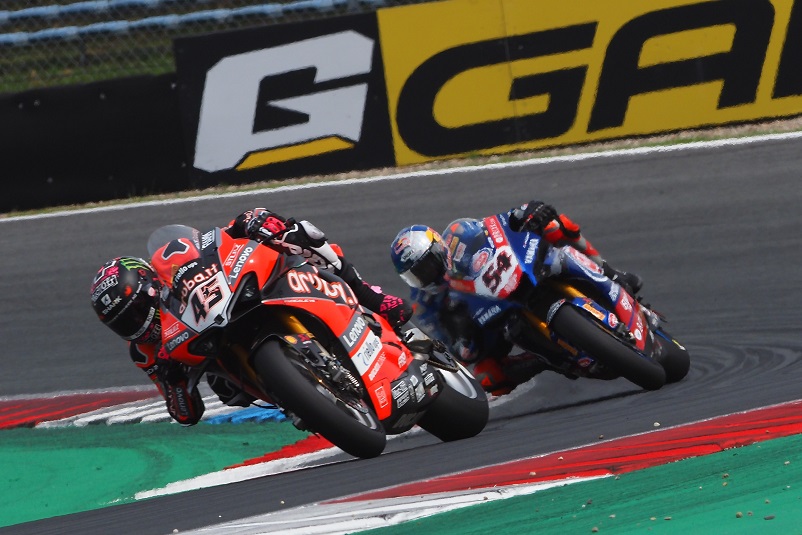 As the MOTUL FIM Superbike World Championship returned to the TT Circuit Assen, a titanic three-way battle for the podium welcomed fans back to the circuit as Jonathan Rea (Kawasaki Racing Team WorldSBK) continued to make history with his 13th victory in Race 1 at the Prosecco DOC Dutch Round.

It means Rea becomes the first rider in WorldSBK history to win 13 times at a single circuit, having converted pole position into a win after he held off the challenge from his nearest rivals to claim more WorldSBK history. The race was Red Flagged with just a few of the scheduled 21 laps following a crash for Jonas Folger (Bonovo MGM Action) at Turns 6 and 7; after the German rider was on course for a career best WorldSBK result. Folger was conscious and taken to the medical centre for a check-up following the crash. The German rider will be transported to Assen Hospital for further assessments and has been declared unfit for the remainder of the round.

LIGHTS OUT AND A BATTLE FROM THE OFF

Polesitter Rea lost out from the start to Toprak Razgatlioglu (Pata Yamaha with BRIXX WorldSBK), with the Championship leader able to jump Rea on the run down to Turn 1. The Turkish star then ran wide through Turn 4, allowing Rea back through with the six-time Champion tried to break away but to no avail.

Rea’s start and Razgatlioglu running wide allowed Michael Ruben Rinaldi (Aruba.it Racing – Ducati) to challenge the leaders but his race soon came to an end after he crashed at Turn 8 on Lap 3, forcing the Italian to retire from the race. It was the same corner that Alvaro Bautista (Team HRC) had a crash at a lap earlier which put the Spanish rider out of the race.

There was nothing to separate the lead trio as the race entered the second half of the 21-lap encounter although a mistake from Redding allowed Razgatlioglu through for second place, but it also allowed Rea to jump ahead by a couple of seconds ahead of the battling duo, with Razgatlioglu and Redding continue to fight until the end; Redding finishing the race in second place ahead of Razgatlioglu after passing the Turkish star on Lap 16 to secure second place.

Home hero Michael van der Mark (BMW Motorrad WorldSBK Team) claimed a stunning fourth after battling his way up from ninth on the grid, taking advantage of the crashes to Rinaldi and Bautista as well as Alex Lowes (Kawasaki Racing Team WorldSBK), with Lowes crashing at Turn 5 on Lap 3. Andrea Locatelli (Pata Yamaha with BRIXX WorldSBK) equalled his best WorldSBK result to date with fifth.

Garrett Gerloff (GRT Yamaha WorldSBK Team finished in sixth place after starting from 21st; the American did not set a lap time in the Tissot Superpole Session. Tom Sykes (BMW Motorrad WorldSBK Team) started one position ahead of Gerloff, after a technical issue in Superpole, but finished one place behind the American in seventh. Leon Haslam (Team HRC) claimed eighth place with Chaz Davies (Team GoEleven) and Axel Bassani (Motocorsa Racing) claiming ninth and tenth respectively. 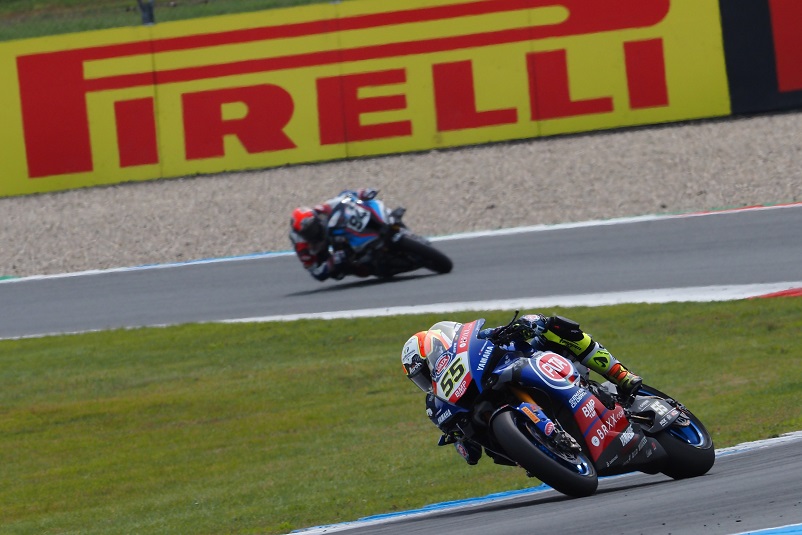 Isaac Viñales (Orelac Racing VerdNatura) claimed his best WorldSBK result to date with Leandro Mercado (MIE Racing Honda Team) returning to the points after him and MIE Racing opted to miss some rounds to focus on improving the bike. Loris Cresson (OUTDO TPR Team Pedercini Racing) claimed his first WorldSBK points with 13th place, taking advantage of wildcard Andrea Mantovani (Vince64)’s double Long Lap Penalty being converted into a ride through penalty after he did not take his Long Lap Penalties.

Tito Rabat (Barni Racing Team) was a late-race retirement after he brought his Ducati machine back to the pitlane. Kohta Nozane (GRT Yamaha WorldSBK Team) crashed out of the final chicane while Lucas Mahias (Kawasaki Puccetti Racing) also crashed out, at Turn 15; both Nozane and Mahias crashed on Lap 13. – www.worldsbk.com

“I felt good from the get-go. Just a little bit of battling with Toprak. I wanted to get a clear track and do my rhythm because I knew that I could be a little bit faster and try to push away. At the end, I just had to manage a little bit as the rear tyre was dropping. I already took the best performance out of it. So happy, so happy to have these guys here in the grandstands. Looking forward to tomorrow. Now we have almost 21 laps under our belt because of the Red Flag. I hope the guy that went down is okay. Come back tomorrow with more info and try again.”

“First of all, it’s great to have all the fans back here. It really gives emotion when you battle, you really feel the adrenaline, you push for every centimetre on the track. I hope you guys were entertained. I struggled a little bit in the beginning and then I got my pace. Then I started to fight Toprak and we gave Jonathan the time to go away. I felt I had the pace to close the gap but because I was fighting, I used a lot of the tyre. We ended up P2 and I’m happy with that. It’s good to be back on the podium and great to be here in Assen.”

Championship Standings (after Race 1, Round 5)