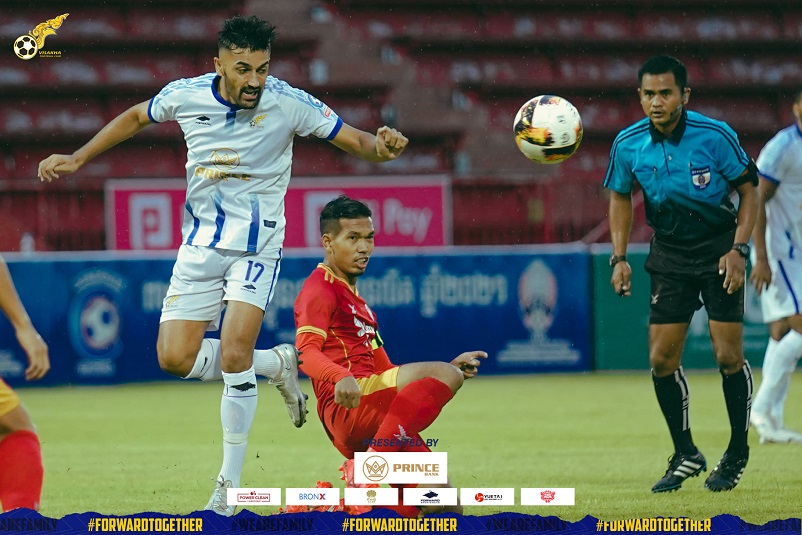 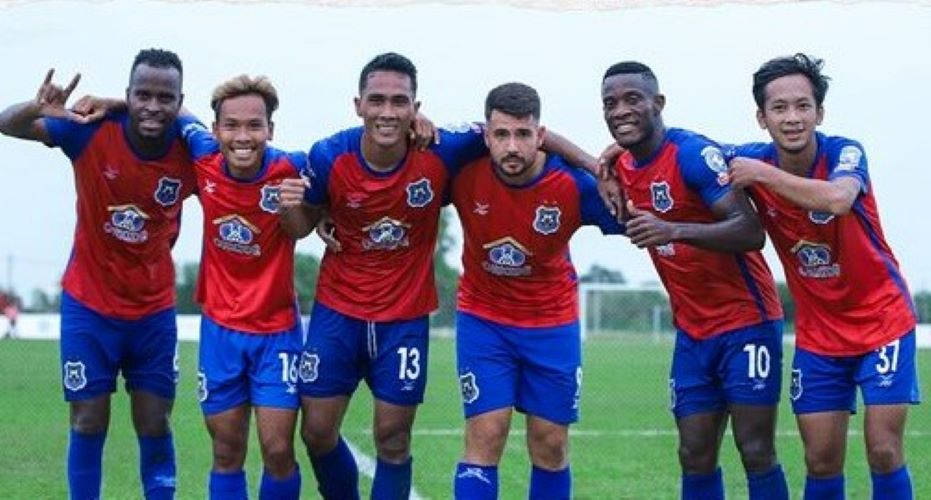 A 3-3 draw against Phnom Penh Crown FC was enough for Visakha FC to take over the top spot in the 2021 Metfone Cambodian League (MCL).

Visakha, who had been hot on the heels of the Angkor Tigers over the last several weeks, finally took over the MCL leadership with midfielder Roeung Bunheang scoring the winner deep in injury time.

And the battle was end to end with Phnom Penh first on the scoresheet through Andres Nieto early in the third minute.

In between, Keo Sokpheng was on target twice for Visakha in the 32nd and 55th minute while Phnom Penh had theirs off Valeriy Gryshyn (40th) and Nieto (56th).

While the one point moved Visakha to the top of the standings with 19 points from nine matches played, Phnom Penh slipped down to fifth from fourth with 17 points from seven games.

With Angkor Tiger having the day off, the ninth matchday of the MCL also saw them moving down to third – following Svay Rieng’s smashing 6-0 win over Kirivong Sok Sen Chey FC.

Robert Mendy got the ball rolling only after 25 minutes to be followed by goals from Ry Sokny (27th), Visal Souey (60th), Kriya Sareth (75th) and a brace from Marie Privat (77th and 89th) for the comprehensive win.