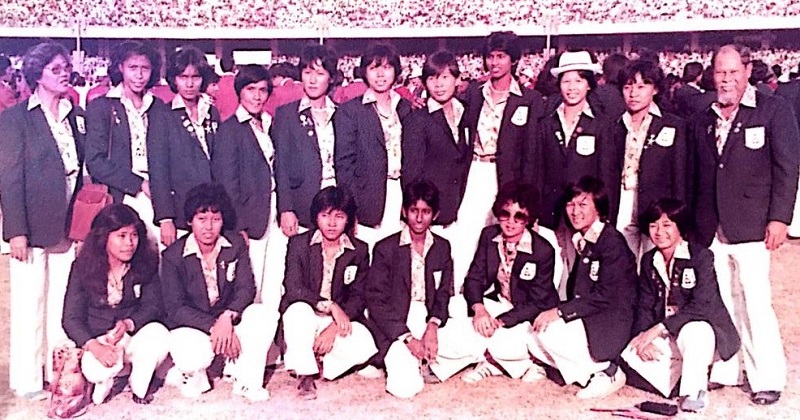 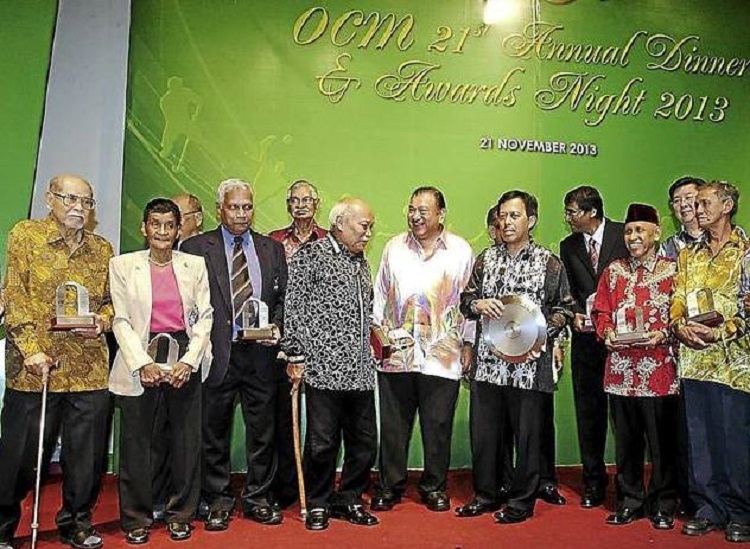 YOU’RE a very elite breed of sportswomen if you represent your country in three sports.
Daphne Boudville was one of those exemplary Malaysian athletes gifted with great talent and versatility. She would have turned 77 this May but passed on at the Klang Hospital Monday morning after a prolonged battle with cancer.

She represented Malaysia in three sports: Hockey, football and athletics.

Top of her crown was being captain of the Malaysian women’s hockey team that won a bronze medal at the 1982 Asian Games in New Delhi, which ranks as Malaysia’s best ever result in women international hockey.

She also won the 800m bronze medal at the 1965 SEAP Games in Kuala Lumpur, and represented the national women’s football team in 1965.

In a recent letter to Daphne, which Melanie, a senior educationist, says she may not have received, she wrote: “I want you to know that you made me recognise what desire and passion in sports looks like what playing for one’s country means…and because of you, I carried this understanding into all aspects of my life. Thank you for being one of the giants in my life.” 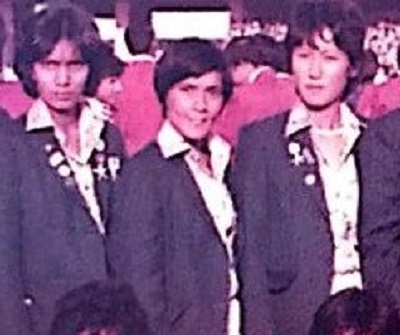 Kuala Lumpur-based award-winning sports journalist Tony Mariadass says: “Daphne Boudville is married to sports and her life, till today, revolves around it. She never got married because her only love was sports.”

Besides being a triple international, she was also actively involved in netball, badminton at state level and competed in cross-country runs and big walks.

“I loved sports from a very young age and would play any sport on the streets near my home in Peel Road even under the streetlights,” Daphne told Mariadass in a recent interview.

“I was a tomboy and used to play hockey, football and badminton against the boys in my neighbourhood. At the age of seven, I trained on my own in the evenings after school by running around the field just to enjoy the fresh air and gain stamina.

“The training increased my appetite for more activities.”

Daphne, the fifth in a family of nine, nostalgically looks back to her first hockey stick which was made of bamboo.

She says: “A few schoolboys, girls and I explored the jungle nearby and I cut a strong bamboo stick and brought it home to shape it into my first hockey stick.

“With that stick, I enjoyed hours of hockey from the age of nine. A hockey team was formed at my school (Peel Road Convent) by the sports teacher Miss Lee.

“Soon more girls became interested in the game and inter-school tournaments were held and we emerged champions.”

THE BOYS & THE BALLS

She was a hard-core sports fanatic, recalls Mariadass, and says Daphne even used canvas rubber studded shoes until she could afford a decent pair of boots in the 1970’s.

Daphne still vividly remembers the days when she used to play hockey every day after school at a small field which was close to a pond, losing many hockey balls which landed in the pond.

“It was distressing when the balls went into the pond because we did not have money to buy new balls,” she recollects. “It forced us to play under the streetlights with the boys on sandy patches. It was here that I improved on my stickwork, flicks, basics skills, stopping, hitting and pushing accurately.

“Then we moved on to play at the Kampung Pandan indoor cement courts and played in six-a-side and nine-a-side tournaments, which was a sheer joy.”

She hailed from a distinguished era where patriotism was more important than money. Just the opportunity to play for school, district, state and nation kept her going, says Mariadass.

At the age of 16, she was selected to play for Selangor, and represented the state for 26 years, while she turned out for the nation for 21 years and earned 450 caps and won many titles, including the Asian championship in 1974.

Daphne was attached with the Public Service Department which enabled her to compete in the Government Services Games in various sports. She says: “As a PSD staff, I was able to get leave to attend training and competing in tournaments was never a problem.”

Her prolific participation in many sports required her to be fighting fit and strong. She says: “I took care of myself. I did my own training. My training was highly intense, individual and self-motivated. I used to cycle from my home in Peel Road to Batu Caves to run up the 272 steps and cycle back to strengthen my legs and muscles.

“When we got a small daily meal allowance during training camps, I used the money to eat steak, eggs and fruits, while many of my teammates ate instant noodles.”

She says with distinct pride that she “took up sports seriously because of the sheer joy of competing, and the sacrifices I was prepared to make”. She adds: “Sports, in return, moulded me with the ability to take defeat in my stride. It also enhanced my character building, thinking power to be logical and to find solutions to problems.”

For her dedication to Malaysian sports, it was sad that she was not honoured with the Sportswoman of the Year award despite being nominated by the Malaysian Women’s Hockey Federation in 1965, 1977 and 1978.

But she as eventually duly recognised when the Olympic Council of Malaysia inducted her into their Hall of Fame in 2013 and the Malaysian Hockey Federation named her among the hockey legends.

She was also an advanced qualified hockey coach, having coached the Malaysia Under-21 team in 1979.

Mariadass adds that those who knew Daphne usually associate her with her Vespa which she used for 20 years.

Seeing Daphne in training rain or shine with her ever faithful Vespa was a familiar sight.

She says: “I made a grave mistake when I sold it after I retired and was working with a Japanese company who nominated me three years in a row as the ‘Best Employee’. In the third year, they gave me a locally assembled motorcycle.

“I sold the Vespa and after two years of using the motorcycle, it was giving me too much problem and I sold it. Now I walk or take the bus.”

Asked why she does not want to get another Vespa, she says matter-of-factly: “I cannot afford it with my pension!”

For veteran Kuala Lumpur-based former sports editor George Das, she was “simply one of a kind”. He praises:

“She was a very remarkable and exceptional athlete who gave everything in all her sporting appearances.”

For veteran Kuala Lumpur-based former sports editor George Das, she was “simply one of a kind”. He praises: “She was a very remarkable and exceptional athlete who gave everything in all her sporting appearances.”

Tan Sri Mani Jegathesan, one-time Asia’s ‘Fastest Man’ in the 1960s, remembers Daphne as a team-mate for the 1965 SEAP Games in Kuala Lumpur. He says: “That year was significant because Malaysian athletics created a record in winning the most number of medals in track and field history in the SEAP Games. I was particularly amazed with her ability to so easily move between different sports at a level enough to achieve not just national but international status as well. A very rare feat indeed.”

She will be cremated, as per her wishes, at Nirvana Memorial Park, Shah Alam, at 3.00pm Monday.

You’ll always be remembered as an iconic sporting role-model, on both ends of the Causeway, genuinely gifted with awesome talent and versatility. – By SURESH NAIR

Suresh Nair is a Singapore-based sports journalist with four decades experience who represented the country in hockey in the 1970s and 80s.