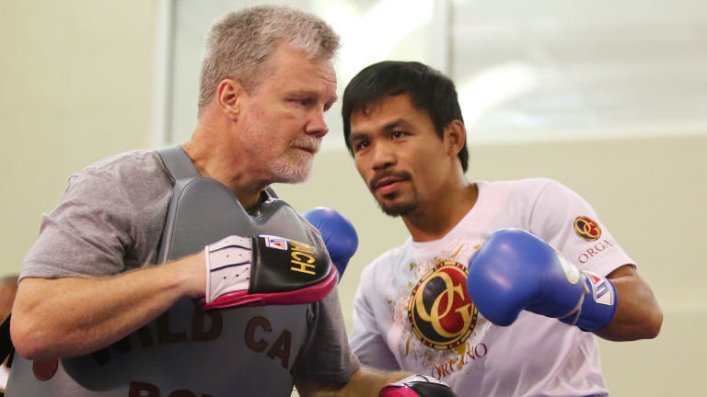 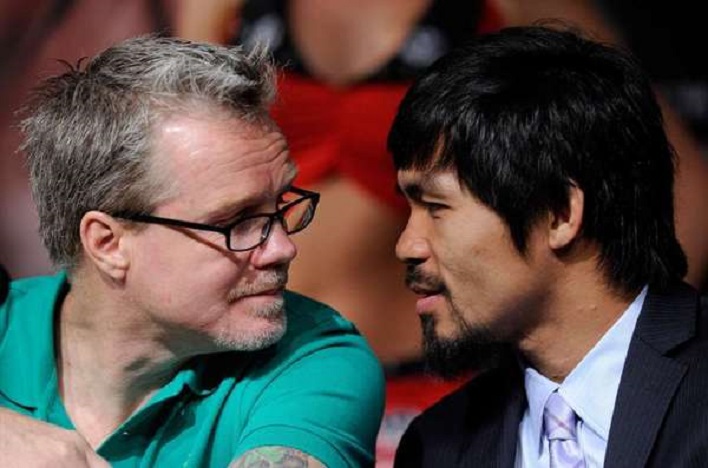 Veteran trainer Freddie Roach has vowed to back Manny Pacquiao if the boxer decides to take advantage of rule changes which could see professional fighters allowed to take part in this summer’s Olympics.

Pacquiao said Wednesday he is yet to decide on whether he will pursue a spot in the Philippines Olympic team, appearing to pull back from an earlier statement to AFP in which he said he would be honoured to fight in Rio.

“I’m not saying a yes or a no,” Pacquiao told reporters. “I’m not closing the door. I have to think about it and I’m still thinking about it. It’s good to let professionals in the Olympics.”

The eight-time world champion said earlier this month he had been “personally invited” to Rio by Wu Ching-Kuo, president of the International Boxing Association (AIBA) — the governing body for amateur boxing.

Proposed changes to AIBA statutes, set to be put to a vote at a special congress of AIBA confederations at the end of May, could leave Olympic eligibility in the hands of the national boxing federations.

Pacquiao, who is preparing for what is being billed as his farewell fight against Timothy Bradley in Las Vegas on April 9, is planning to transition into Philippines politics when he hangs up his gloves.

However the prospect of becoming his nation’s first ever Olympic gold medallist is likely to be a powerful lure for the 37-year-old.

The Philippines has won a total of nine bronze and silver medals at the Olympics since the 1928 games in Amsterdam, five of them in boxing.

Roach told AFP on Wednesday he had discussed the prospect of fighting in Rio with Pacquiao — and revealed he had even offered to work for free.

“If they let him in the Olympics I told him I’d train him,” Roach said. “He said ‘You know there’s no pay for that right?’ I said ‘No problem!’.

“If Manny wants to go to the Olympics and get his country a gold medal I’d be behind that. Pro athletes compete in other sports at the Olympics, so why not?

“I don’t agree with it but that’s the way life is.”

Roach meanwhile dismissed concerns that allowing professionals to fight against untested amateurs could be risky.

“What’s dangerous about it? A three-round fight or a 12-round fight? It’s still boxing. People talk about the difference between pros and amateurs. But good pros come from the amateurs,” Roach said.

However Roach’s view was not shared by Pacquiao’s veteran promoter Bob Arum, who branded the AIBA’s proposals as “insane”.

“I think the idea of professional boxers in the Olympics the way it’s been proposed is insane,” Arum, 84, told AFP.

“You can’t have top professional fighters competing in the Olympics against raw amateurs. To mix them up is wrong.

“People say ‘Well in other sports we allow professionals to compete in the Olympics.’ But boxing is not other sports. It’s a hurt sport. It’s dangerous.

“To put an unheralded kid from Nigeria in the ring with a Manny Pacquiao? You should be sentenced to jail for doing something like that.

“I don’t think the AIBA has thought this through. And to do it at the last minute like this is terrible. The Olympics are a few months away. I don’t know what they’re thinking.” – Agence France-Presse

Officials and Players heap praises on Matsuyama, predict next golf rush in Asia 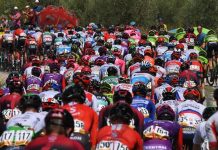 The route of La Vuelta 21 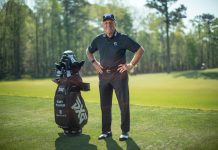