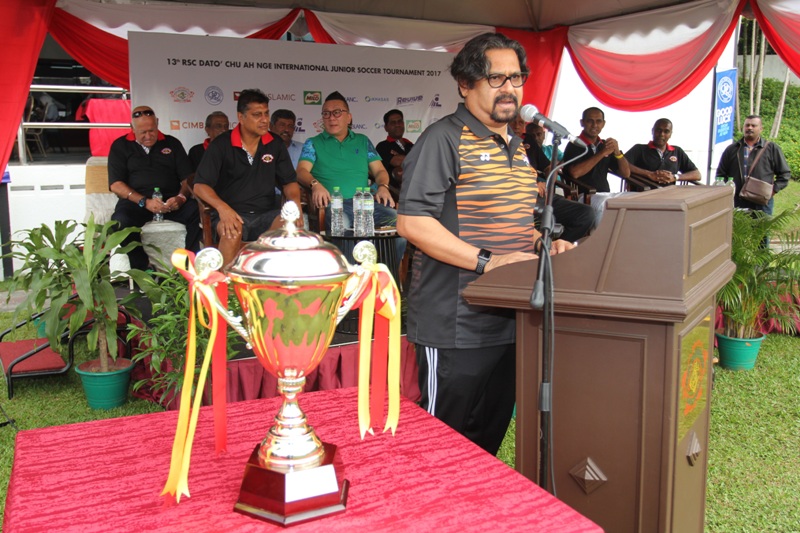 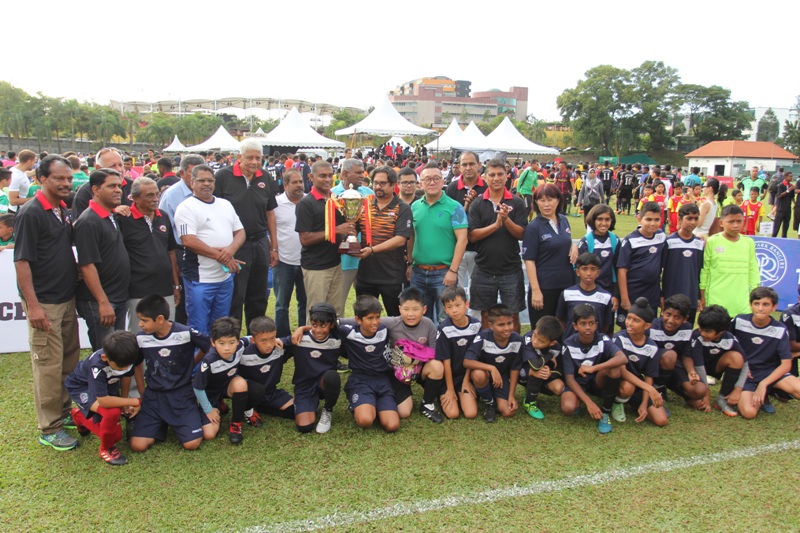 FA of Selangor president Datuk Seri Subahan Kamal gave a shot in the arm for the Royal Selangor Club (RSC) Dato’ Chu Ah Nge International football tournament today when he pledged to assist make the tournament from the a well-known age-group tournament in the region, to be become internationally acclaimed.

Subahan, who is also the deputy FA of Malaysia president, made known of his intentions when addressing participants of the 13th edition of the Dato’ Chu Ah Nge International football tournament this morning at the Royal Selangor Club Sports Annexe in Bukit Kiara.

“The Dato’s Chu tournament is the oldest junior tournament organised privately which attracts teams from both locally and overseas. This tournament has tremendous potential to grow to become like the famous ‘Gothia Cup’ in Sweden,” said Subahan who is also the president of the Malaysian Hockey Confederation (MHC).

“Selangor strongly believes in youth development which is the future of Malaysian football. For next year, the Selangor M-League team will promote nine of our President’s Cup players and we will have a young team.

“Royal Selangor Club has built a strong foundation for youth development through their Junior Soccer Development Programme (JSDP) and this tournament, and FAS looks forward to working with them to make this tournament a huge local and international affair.

“This tournament will serve well for talent scouting for the State age-group teams too.”

Gothia Cup is the world’s largest and most international youth football tournament. Each year, around 1700 teams from 80 nations take part and they play 4500 games on 110 fields.

It’s the teams, and participants from around the world that make the tournament unique. A meeting place for the world’s youth, irrespective of religion, skin colour or nationality, with football as the common denominator.

Gothia Cup was first held in 1975. The tournament was started by the football associations BK Häcken, GAIS and a local newspaper but has been owned since the early 80’s entirely and solely by BK Häcken. Through the years, almost a million players from a total of 146 countries have participated in the tournament.

Subahan, as a personal contribution to the JSDP, made a RM5,000 donation.

“This is a small contribution from me to assist the programme immediately, but we will definitely be engaging RSC to work with FAS to look into the future plans to make this tournament an iconic youth tournament in Malaysia.”

A total 80 teams comprising local teams and overseas teams from Indonesia, China, and Singapore will see 1,000 players compete in this fun-filled football carnival over weekend for honours in the Under-8, Under-10, Under-12, Under-14 and Under-16, categories.

The Dato’ Chu Ah Nge Challenge Trophy will be presented to the team with the highest cumulative points at the end of the tournament, where teams collect points for their finishing in each age-group category.

The JSDP programme has earned accolades from Football Association of Malaysia (FAM) as one of the best development programmes in the country. The programme is managed by technical director V. Kalimutu, an ex-Malaysian international and is supported by seven FAM certified coaches, many of whom are also ex-national players with vast coaching experience.

Many new soccer talents have been showcased over the last twelve editions of the tournament – inspiring more young children to pursue an interest in what has justifiably been called the world’s most beautiful game.

The tournament yearly gets the support of ex-internationals, whose presence certainly is inspirational to the young RSC players.

Among the ex-internationals present this morning were Datuk N. Thanabalan and Datuk Santokh Singh.