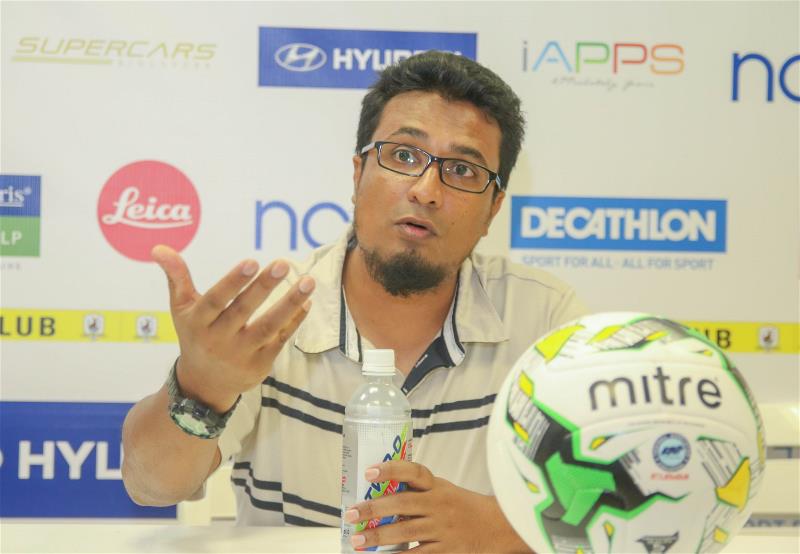 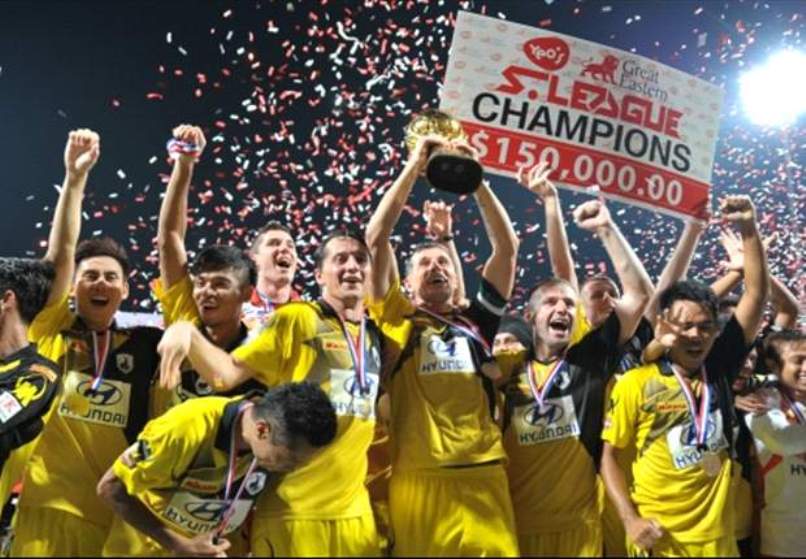 EVEN before the 2017 S-League fixtures are out and four weeks before the anticipated start to the 22nd season, high-flying Tampines Rovers has thrown an extraordinary bombshell: Head coach Akbar Nawas is out of the club.

The five-times S-League champion made the shock announcement through its Facebook page on Friday evening, just days after Tampines lost 2-0 to Global FC of the Philippines in Manila in the first preliminary round of the AFC Champions League.

This was similar to last season when the Stags went down 3-1 to India’s Mohun Bagan at the same stage. But no heads rolled then and now with Akbar’s unceremonious exit – the first time an S-League club dropped the coach before the start of the new season – long tongues have started rolling.

The polite club statement said: “It is sad for us to see Akbar go but we wish him all the best and he continues to be a friend of the club. He has done very well for us since he took over the reign last season. We have no doubt that he will be a tremendous contribution to whichever organisation he continues his career with.”

Very prim and proper on paper from one of the oldest S-League clubs, founded in the mid-1940s. But it didn’t definitely capture the real undercurrents, off the field, with players and officials strangely tongue-tight to why the 42-year-old coach made a shock exit.

Inside sources at the club’s temporary headquarters at Jurong West Stadium say that Akbar, who has been in charge of the Stags since May 2016, when former coach V.Sundramoorthy left to take over the national team, may have “uttered negative words contrary to the image of the club”.

A senior club official, who declined to be named, said: “The management were unhappy with the tone of some of his media interviews in Manila after the AFC Champions League defeat that didn’t positively reflect the image of the club, at the start of the 2017 season.” 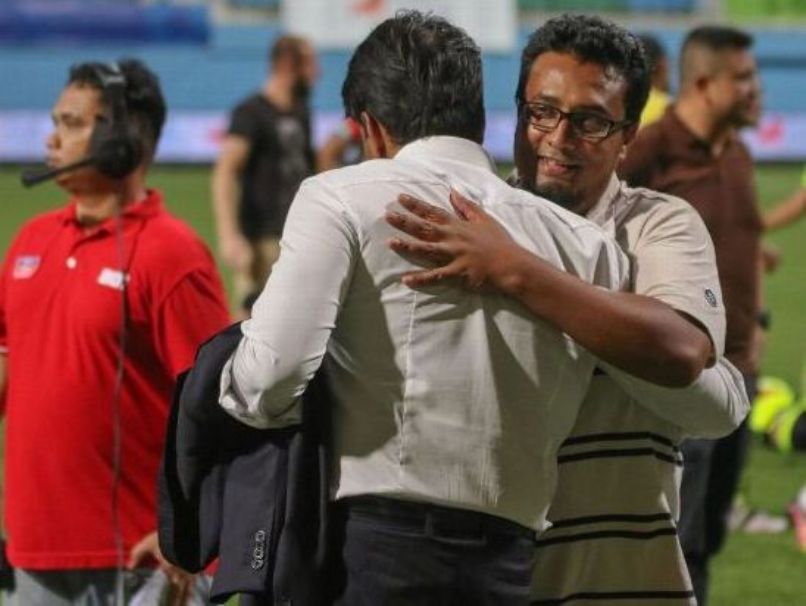 Tampines chairman Krishna Ramachandra confirmed the news, saying to the free-tabloid, The New Paper: “(Akbar) has been looking at various options since the end of last season and he actually magnanimously agreed to help us with pre-season and continues to give input as he is familiar with the players.

“He is still a huge supporter of ours and wants success for the club. It was a mutual agreement and as I said we have been openly discussing our options with each other.”

Vice-chairman Christopher Wong told TODAY newspaper that it was a “mutual decision” between both parties, while Akbar could not be reached for comment.

Akbar, the former youth national team coach, who guided the Stags to runners-up finishes in the RHB Singapore Cup and S-League last season is “very distraught” over the decision, say close family members.

“He never saw this coming. He has always been cautious and positive in his media interviews, if you look back the past two weeks or more. So to brand him as having uttered negative words, contrary to the image of the club, appears to be like hitting him below the belt,” said a family friend, who asked not to be named.

“He is a very loyal Tampines staff and had an excellent run when Sundramoorthy moved on to coach the Lions midway through last season. So he never expected such a rough exit, definitely not on the eve of the start of the new season.” 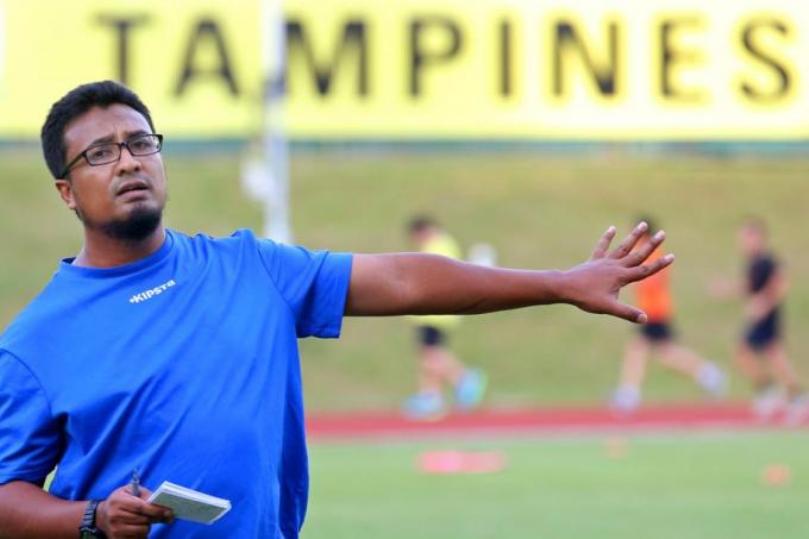 Akbar recently told FOX Sports Asia that he had “set some expectations internally for the 2017 season but I don’t want to make them public just yet”.

In the same interview on January 9, he said: “Certainly, it’s a different looking team to last year but regardless of how people look at the overall balance of our side we have a squad that is good enough to win, we expect to win and that’s ingrained in the history and culture of this club.”

Renowned as a bubbly coach who likes to play attacking football, Akbar is known to take a more pragmatic approach in media interviews and told FOX Sports:  “I don’t want to get into the comparisons between me and Sundram (V. Sundramoorthy, the current Singapore caretaker national coach) as each coach has their own philosophy and I learned a lot from him, but I definitely love to attack and look for my teams to be good in transition.”

Ironically, even despite the Global FC defeat last week, family friends say he was set to do well in the S-League, which he described as “one of the most competitive S-League seasons in recent years”.

Akbar was quoted as saying: “Of course, (Albirex) Niigata are the team to beat as defending champions, but Hougang look to be an impressive side and Home (United) have strengthened well. So I think it will be a very close title race but certainly one that we will feature in right until the end.”

Akbar’s assistant, the lesser experienced Herman Zailani, will handle the team in the interim, until a new head coach is officially appointed before Tampines plays Malaysia’s Felda United on Feb 21 in their Group G opener in the AFC Cup, before taking on S-League champion Albirex Niigata in the season-opening Community Shield five days later at the National Stadium. 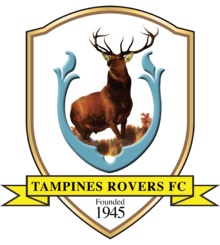 The Stags recently engaged award-winning former national coach Jita Singh as the Director of Football Excellence and had ambitious plans to revitalise the club after the departures of star-spangled players like former Liverpool striker Jermaine Pennant – who returned to England to join League One side Bury FC – Jordan Webb and Billy Mehmet.

Now tongues are further wagging over the possible coach-replacement. With a newly-minted structured coaching-council methodology, where there are a number of experienced stalwarts at hand, Akbar’s surprise departure is unlikely to create any major immediate ripples.

The replacement possibilities: Will Jita Singh be brought in as head coach, considering his wealth of international experience as the SNOC ‘Coach of the Year 1981’? Or would former Courts Young Lions’ German coach Juergen Raab edge in as an outside favourite?

Whatever decision the Stags take, in the days to come, the latest shock waves from the bombshell-discharge of Akbar will make fiery talking-points as Singapore has never experienced such a big boot to a home-grown coach before the start of any S-League season.

The writing is already on the wall, the pressure is already being felt as the S-League gets on to its 22nd season, a make-or-break juncture in the domestic professional league, with the Football Association of Singapore (FAS), too, coming to restless terms with its first democratic elections in over three decades, on a date yet to be fixed.

Akbar’s premature termination further illustrates, too, the big price coaches and players may have to pay, from the first day of the new season, if they don’t deliver the goods in getting creditable results, internally and internationally.

Tampines may have unconsciously offered the worst “hong bao” to its head coach.

Whatever, my wish for Akbar Nawas is to think positive like a never-say-die rooster with inspiring Lunar New Year thoughts of “Huat ah!”.