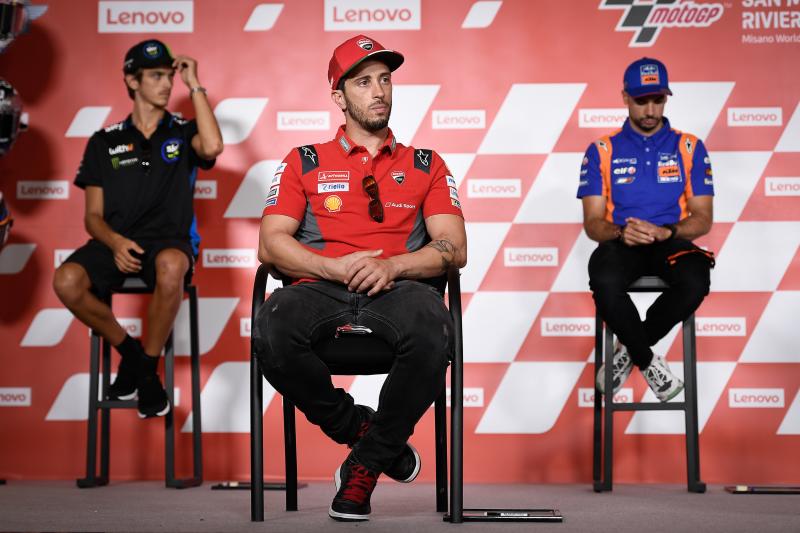 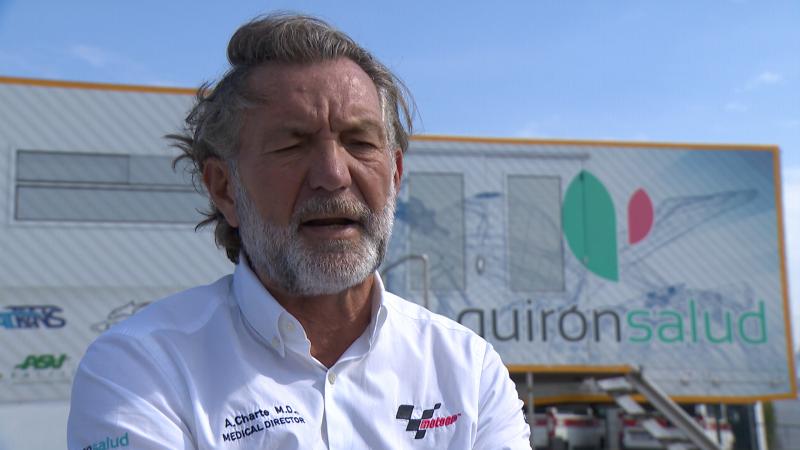 The riders offered their thoughts on nine races in 11 weeks as Quartararo, Dovizioso, Rossi and co. get set for a critical few weeks

Plenty of topics were touched upon as always, but one of the major talking points was the upcoming set of races that are so close together. Nine weekends in the next 11 sees the Misano double-header become an incredibly vital couple of races for the Championship. Arguably, alongside the Catalan GP in two weeks, these next three weekends could be the most pivotal in terms of deciphering who really is in the title hunt.

When asked about the nine races that are coming thick and fast, Quartararo wasn’t even slightly fazed: “Honestly, I like it. Two weeks at home, the second week I was a little bit bored to not be on the bike. It will be tough, 9 races in 11 weeks, I think it’s the first time that we will do it but yes, I’m looking forward to it. Try not to be injured because it will be a short time.”

Of course, picking up an injury is something no rider wants to do. However, a crash and subsequent injury in the next few weeks could end all hopes of a title. For Quartararo, more woes like he and Yamaha faced in the two Austria races could also end his hopes of a dream maiden MotoGP™ World Championship crown. The Frenchman admitted it’s good to see the back of the Red Bull Ring, and hopes he and Yamaha can repeat the form showed at Misano 12 months ago. 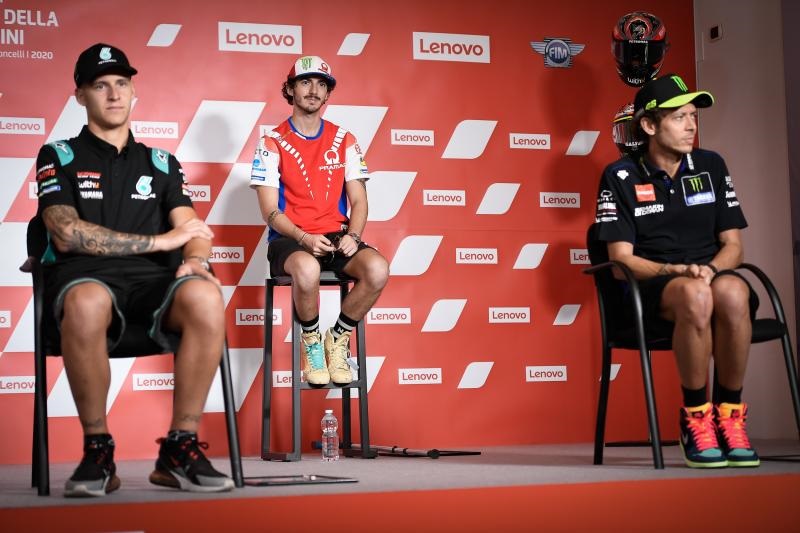 “Honestly it’s still difficult to believe that after three bad races we’re still leading the Championship. It’s crazy,” commended the 21-year-old. “But really happy to be here in Misano, last year was really positive, we have been testing in 2019 two days before. Last year was everything really good, pace was good and fighting for the win until the last lap but let’s see this year. I’m confident because it’s a track that I like, I feel comfortable, let’s see. But for sure I will give my maximum to fight for victory and the podium.”

The rider just three points behind Quartararo in the title race is Dovizioso, and the Italian also seemed to welcome the busy schedule, saying: “For me it’s fine, it’s not a big problem. Four days between races is enough to recover for the next round so, it’s different.”

Rossi also offered his thoughts, reiterating the fact that the riders are going to need plenty of focus and luck in the next few weeks. “Will be very busy for sure. But first of all we will always race in Europe so you can go home for some days, you don’t have to fight with the long flight and the jetlag, so it’s easier.

“With a lot of races like this you need to have a lot of attention, you also have to be lucky because you have a lot of races in a row. But it’s doesn’t change a lot. It’s strange to make two races in the same track but for the rest, nine races or seven races in 11 weeks it’s more or less the same.”

The Misano World Circuit Marco Simoncelli double-header is a chance for the riders to really gather some momentum for the tough task that lies ahead. FP1 is a chance for them to gain some important feelings and data on the new asphalt, especially for the likes of Yamaha who haven’t had a test at the venue since the work was carried out.

Will that prove to be a disadvantage, or can the YZR-M1 riders hit the ground running to place their Austria misfortunes firmly in the past? Tune in for MotoGP™ FP1 at the San Marino GP at 09:55 local time (GMT+2) on Friday morning to find out! – www.motogp.com