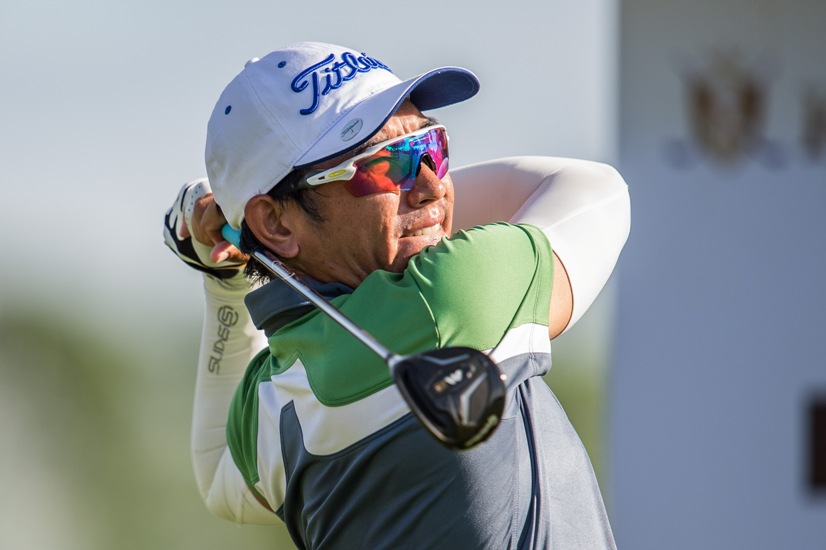 Thailand’s Sattaya Supupramai overcame a stiff neck in the morning before going to post a seven-under-par 63 to take the first round lead at the King’s Cup presented by PTT Group on Thursday.

Italy’s Francesco Laporta also enjoyed a promising start at the Phoenix Gold Golf and Country Club when he opened with a 65 to grab a share of second place with India’s Gaganjeet Bhullar and Tom Johnson of the United States.

Singapore’s Mardan Mamat, who finished tied-second at the 2012 edition of the King’s Cup, was among the five players bunched in equal fifth place on matching 66s while Major winner Trevor Immelman of South Africa posted a 69 to stay six shots back of Sattaya in tied-32nd place at the US$750,000 event at the US$750,000 event.

Sattaya, who has won thrice on the Asian Development Tour (ADT), got off quickly by cruising ahead with four birdies in his opening six holes.

“I’m very pleased with how I played today. Actually I woke up with a very stiff neck this morning and felt really uncomfortable.

“The physios did a great job with their massages and I felt really good after that,” said Sattaya.

The Thai’s only blemish would come at the par-four nine, which is widely regarded as the toughest hole at the Phoenix Gold Golf and Country Club.

“The pin positions were tough and it would be extremely difficult to make a recovery if you hit a bad shot here.

“I knew that was a tough hole. I drove it into the rough and was already telling myself I had to move on quickly after that bogey,” said Sattaya.

The 32-year-old stormed back with a vengeance after the turn by returning home comfortably with an inward-31, highlighted by another four birdies on holes 10, 11, 14 and 16.

‘I’ve played on this course on a few occasions so I have a bit of local knowledge which can be advantageous. I just got to stay relaxed throughout the week and it should be okay,” said Sattaya.

Laporta also enjoyed a good opening day despite having to adjust to life as a rookie on the European Tour.

“It’s tough being a rookie. I played on the Sunshine Tour for the last three years but I haven’t played that well this year. This is my first year and I’m sure it’ll get better,” said the Italian.

Laporta did not display any signs of nerves when he started out on the back-nine 10.

He reached the turn in 32 and after dropping his only shot on the second hole, the Italian recovered gallantly by firing another three birdies on holes three, four and six.

“The driver was nice and the putter was very good too. I really enjoyed the day. It was a little hot but fun. I managed it well by drinking lots of water,” said Laporta.

Bhullar is meanwhile determined to work on his putting as he believes that will be the key to victory for him this week.

The five-time Asian Tour winner also marked his card with five birdies, one eagle and two bogeys for a 65 but felt he could have posted an even lower score.

“I’m going to work on my putting as that will be the one aspect that separates the winner from the rest of the field here.

“I’m not really satisfied as I could have done better. But I’ll definitely take it as I’m playing on this golf course for the first time and it’s really treacherous especially the greens,” said Bhullar.

Mardan also stayed in contention for his sixth win on the Asian Tour with his first round 66.

The Singaporean finished tied-second alongside defending champion Thaworn Wiratchant in 2012 and is hopeful of improving on that result, which is also his best finish at the King’s Cup which is making its return to the Asian Tour Schedule after a year’s absence.

“I’m happy I managed to get the swing back and I hit the ball very nicely from tee to green. I managed to hole some putts which were the key.

“This is not an easy course. Some of the pin positions are really difficult. If I can continue what I’ve been doing today, it should be a good week,” said the 48-year-old.

Scores after round 1 of the King’s Cup being played at the par 70, 6698 Yards Phoenix Gold GcC course (am – denotes amateur):