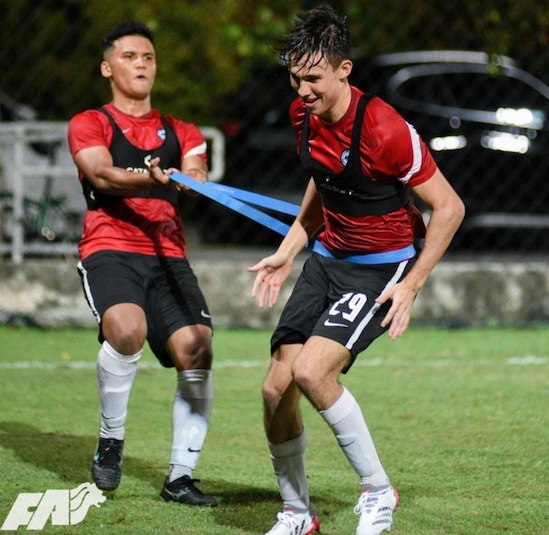 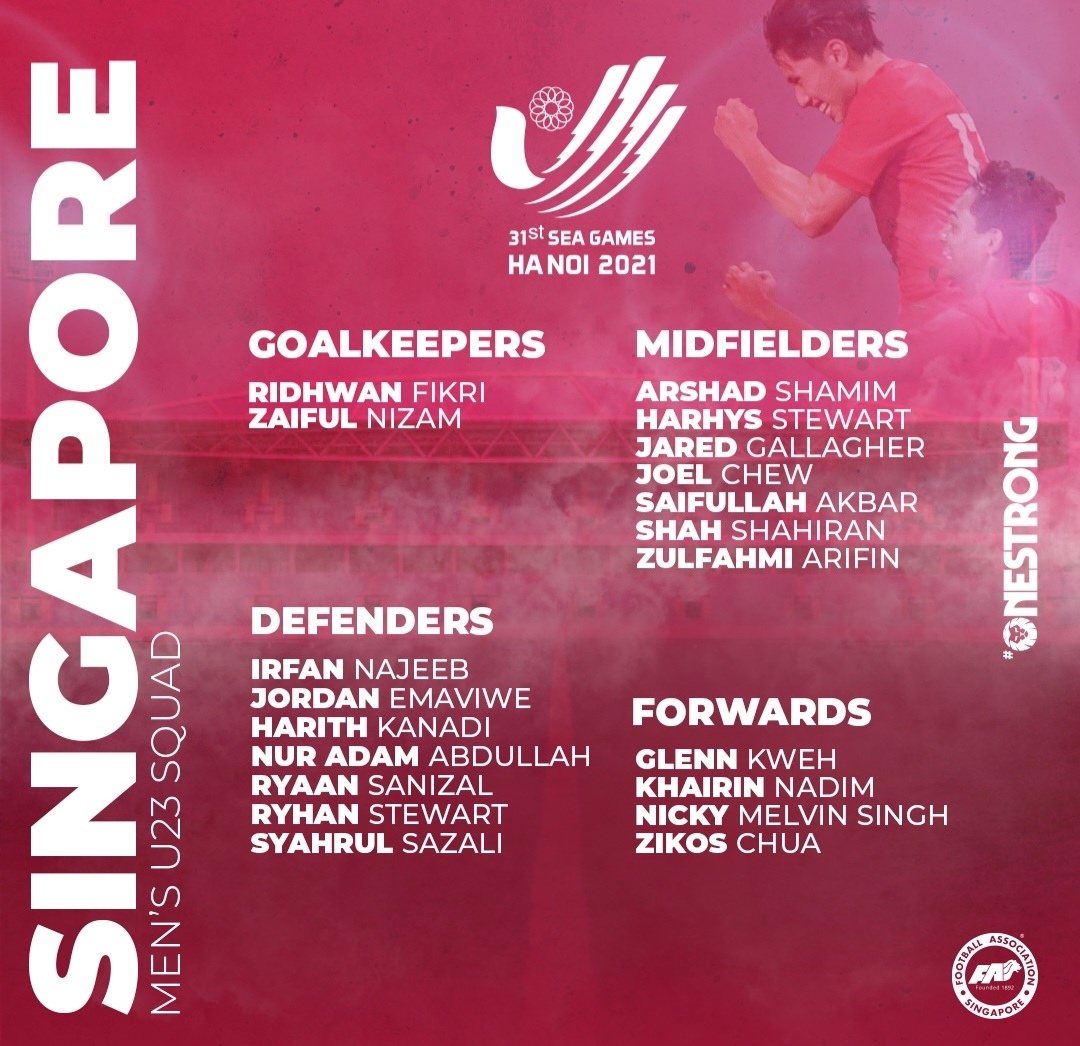 Singapore Under-23 head coach Nazri Nasir said it was important to consider the few key requirements in announcing the 20 players to represent the nation at the SEA Games 2021 next month in Vietnam.

“The final 20 players were selected because they fit well into our philosophy and have shown their versatility where they can play multiple positions. With the short window in between games, this is important should there be injuries or unforeseen circumstances such as Covid-19,” said Nazri.

The final selection was trimmed from a provisional squad of 27 players that had been undergoing centralised training since 25 April 2022.

Syahrul was drafted into the final squad to provide cover in defence, given the injury sustained by captain Jacob Mahler that rules him out of the tournament.

Mahler tore his anterior cruciate ligament and meniscus while representing the Young Lions in the AIA Singapore Premier League (SPL) on 20 April 2022 against Tampines Rover FC.

This will be the first SEA Games for Zaiful, as well as 13 U23 players including Zikos Chua, Ryaan Sanizal and Nur Adam Abdullah.

The sibling duo of Irfan Fandi and Ikhsan Fandi will also miss out on the final squad when club BG Pathum United of Thailand, confirmed their decision not to release the two players for this biennial Games that fall outside of the official FIFA window.

“We may be missing some key players like Jacob and Ikhsan unfortunately, but the team’s morale and belief remain intact, with a clear focus on the job at hand. I am extremely pleased with what I have seen during the SPL from the likes of Jordan Emaviwe and Zikos, and I am confident they will rise up to the challenge against the ASEAN teams,” added Nazri.

“All 20 players have shown the maturity to deliver both on and off the pitch and I believe they will do Singapore proud with their performances and their conduct. I trust all of them and I believe the selected players will give their all and not let me down in Vietnam.”

The team will travel to Nam Dinh on 4 May 2022 and begin their Group B campaign against Laos three days later with Thailand, Cambodia and Malaysia making up the rest of the opposition in the group.

All of Singapore’s matches will be streamed live on Mediacorp’s meWATCH platform.

Singapore will be looking to emerge from the group stage for the first time since 2013.