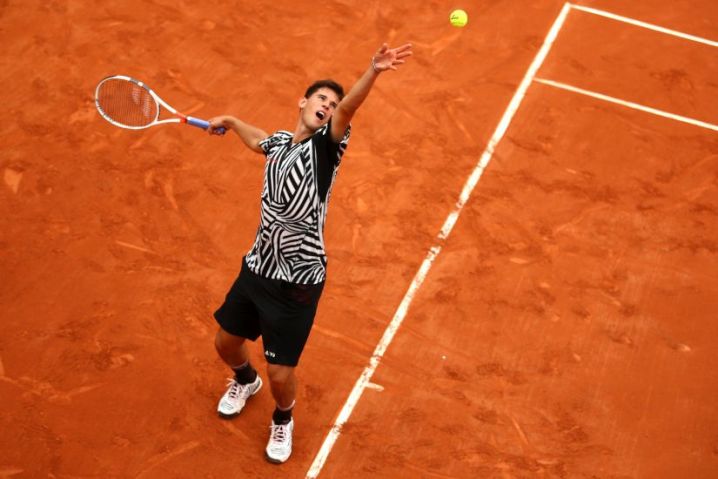 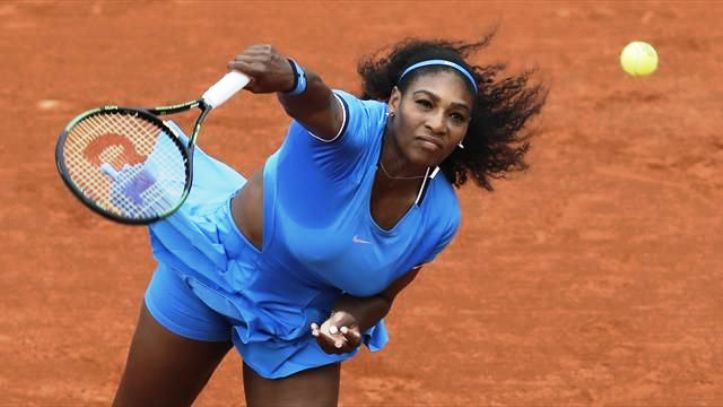 Serena Williams swept into the last 16 at the French Open on a rain-hit Saturday in Paris, while Dominic Thiem confirmed his status as an outsider to win the men’s title.

French hopes of a first home win in 33 years, meanwhile, were dealt a heavy blow when sixth-seed Jo-Wilfried Tsonga retired with a groin injury in the first set of his match with Ernests Gulbis.

Williams, seeking an Open-era, record-equalling 22nd Grand Slam title, was a set up and about to tackle a second set tie-break against France’s Kristina Mladenovic when a thunderstorm sent everyone scurrying for cover.

On the resumption, more than two and a half hours later, the top seed and defending champion needed five match points to finish the job going through 6-4, 7-6 (12/10) with Ukraine 18th seed Elina Svitolina next in her line of fire following her victory over former champion Ana Ivanovic.

“It was tough, but it’s part of the game. You just have to be ready for it,” Williams said of the bad weather.

“I feel like I made a tremendous amount of errors. But, you know, I feel like she kind of forced me to. She forced me to go for it, and unfortunately, I wasn’t hitting great today.”

In what was a clash of two of the sport‘s rising new stars, the Austrian dropped a tight first set, but then coasted away from his 19-year-old opponent.

He will next play Spain’s Marcel Granollers, who reached the fourth round without hitting a ball after nine-time champion Rafael Nadal withdrew due to a wrist injury.

If he wins that, it will be the first time that 22-year-old Thiem has reached the quarter-finals of a Grand Slam tournament and Tsonga’s exit will further improve his chances.

“It’s been the third match in the last four weeks between us and it was really tough, but I knew that from the start already,” he said.

“It was my first match on one of the big stadiums (at Roland Garros) and it was packed. An unbelievable experience.”

In the women’s tournament, there were wins for eighth seed Timea Bacsinszky of Switzerland, Spain’s Carla Suarez Navarro and Kazakhstan’s Yulia Putintseva, who reached the last 16 of a Grand Slam tournament for the first time.

That put the 35-year-old into the fourth round in Paris for the first time since 2010 and heading for a possible semi-final showdown with her sister.

“So excited to be in the next round. I have had issues in the past (with clay), but what can you do. Every year is different and I am trying to make it my best this year,” said the ninth seed and seven-time Grand Slam winner.

The Serb has already seen his chances of becoming just the eighth man to win all four Grand Slam titles hugely helped by Nadal’s shock withdrawal.

His only previous match against Bedene was a straight sets win in the first round of last year’s Australian Open. – Agence France-Presse