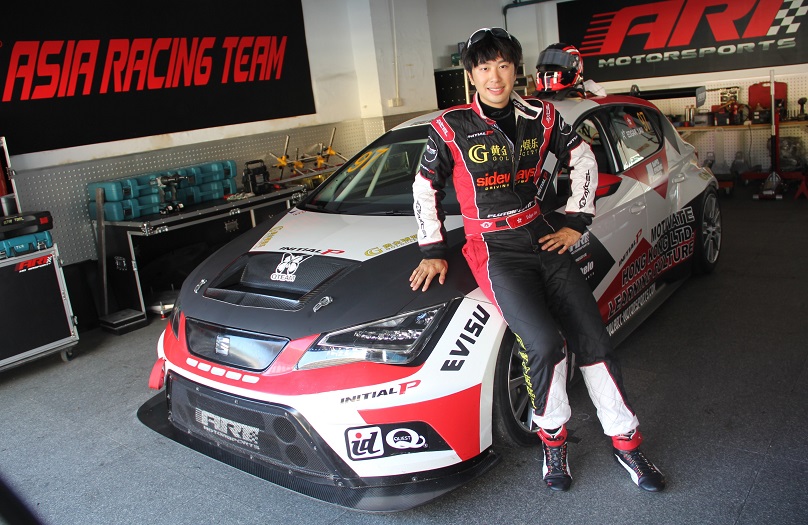 Edgar Lau has been selected to drive the #97 Asia Racing Team SEAT Leon in the celebrated Macau Guia 2.0T race in November, realizing a life-long dream of racing at the famous street circuit.
Lau recently showed off his skill in the touring car at the Richburg Cup in June, with three second place podiums and a win in the final race, even though it was only his first time in the front-wheel drive racer.
After the success experienced at the Zhuhai circuit in the #97 SEAT, Lau will now get a shot at the podium in the historical blue riband race that will be held from the 17th to the 20th of November.
The 25-year-old driver has been a rising star on the motorsport scene since competing in the famed Gran Turismo Academy in 2014. Out of 400,000 participants in North America, Lau was one of only 12 to be invited to Silverstone to compete in the final round of the competition.
Since then, the Hong Kong driver has competed in the 25 Hours of Thunderhill and the West Coast Endurance Championship, taking wins in both events. With Lau tasting success in the US, he felt it was time to return home to Hong Kong and make his mark in Asia.
It certainly didn’t take him long, as he soon joined the Pan-Delta Super Car Festival in China and finished second overall in the GT class championship, taking an incredible five out of six podiums. Most recently, Lau has scored a further win and second place podium in the Asian Le Mans Series Sprint Cup in Sepang, taking fifth overall in the championship, despite competing in only one round.

Thanks to his success in the GT Academy and the increasing number of top results in international competition around the world, the Hong Kong driver has proven how it is possible to make the jump from simulators to the race track.
Lau has developed the exceptional skill of being able to find the pace in a new car and deliver a performance that can challenge even the most seasoned competitors for the win. It is this ability that has seen Lau given the opportunity to be chosen by the Asia Racing Team and pilot the #97 SEAT Leon to victory in the Macau Guia 2.0T race.
While Lau will be up against some stiff international competition, the #97 driver’s recent spate of results in the TCR car bodes well for his performance at 6.2km street circuit later this month.

“I am delighted and very excited for my entry into the Macau GP Guia 2.0T Race! It will be my first entry in Asia’s biggest race of the year. I have been a spectator for almost a decade, now to be on the grid is something very special to me. It is another statement that simulators nowadays are capable of producing race car drivers worthy of top world level racing. I would like to thank my sponsors, family and everyone involved for having so much faith in me and that have supported me along the way. I look forward to an exciting race and learning as much as I can to challenge for a podium spot.”

“I am very glad to have Edgar in the car for this year’s Macau Guia 2.0T race, we ran him in the Richburg Cup at the Zhuhai International Circuit and he proved to be an extremely talented driver. The Macau Circuit is probably one of the most difficult tracks in the world to conquer but I am convinced that Edgar will do a good job.”