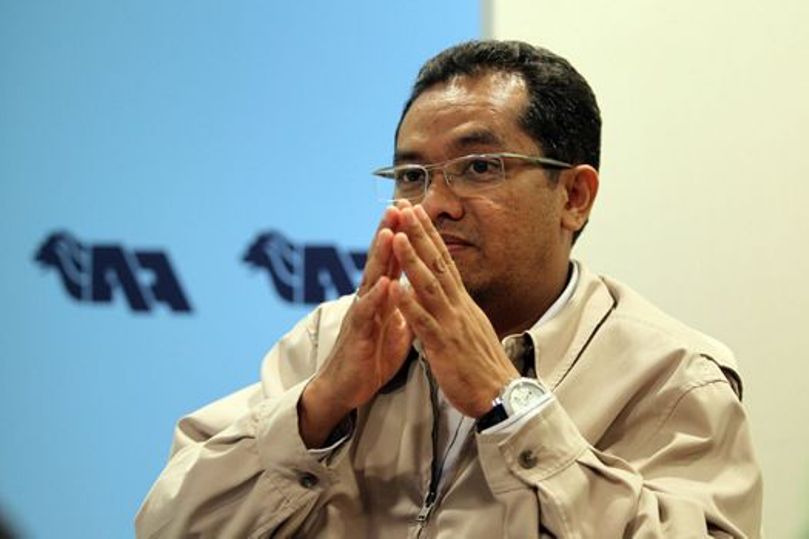 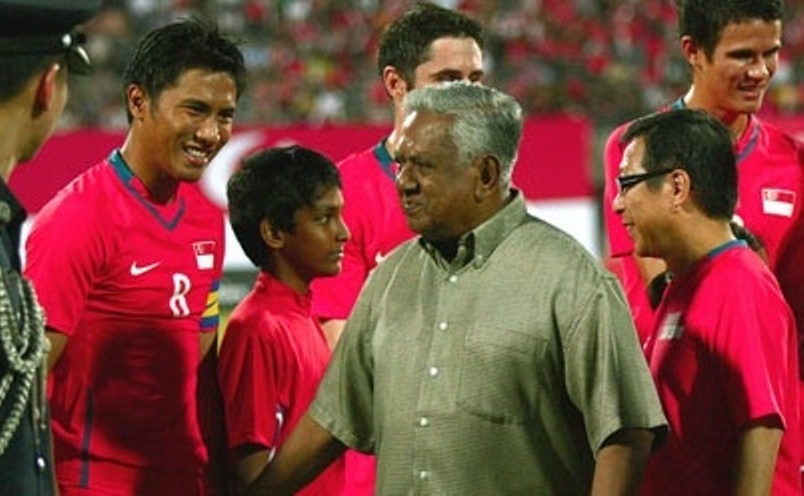 ZAINUDIN Nordin, in probably his last formal speech as FAS President, showed how compassionate and caring he was with his final words at Tuesday’s S-League Awards at Marina Bay Sands.

Ending his speech, he suddenly threw an accidental stunner. He drew a sensitive analogy, never reported in the media, to what (the late) President S. R. Nathan told him six years ago of a globally famous “footbrawl” at Jalan Besar Stadium, involving young professional footballers.

The President had read staggering reports of the September 7 2010 incident between Young Lions and Beijing Guo’an Talent FC in one of the most disgraceful incidents in S-League history, which resulted in two players hospitalized and several others injured.

Amazingly, majority of the “fighters”, who displayed prolific kung-fu kicks and martial-arts-styled punches, were below 23 years.

Beijing Guo’an was formed to play as a foreign team with the aim of giving young players more opportunities to compete. It is the fourth Chinese team to take part in the S-League after Sinchi FC (2003), Liaoning Guangyuan (2007) and Dalian Shide (2008).

Zainudin admitted for the first time in public, that he appreciated the President’s “devoted interest” to positively help and rehabilitate the errant players rather than simply punish them with long-term bans.

“I was very surprised when President Nathan called me and said: ‘Zai, please assist the boys, they’re young and they must be taught the right sporting values rather than simply throwing the book at them.”

Much as Zainudin recollects he was red-faced over the incident, the warm-hearted call from “Singapore’s No 1 football fan, the President” touched his heart. 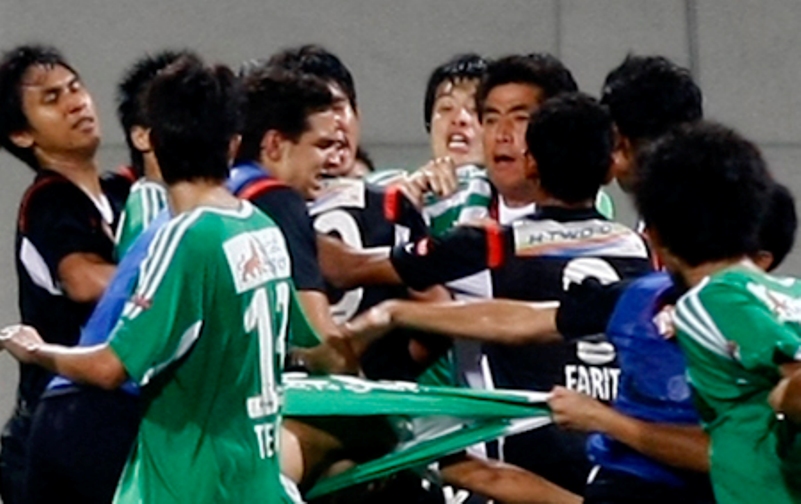 “His message to me was clear: To show compassion in dealing with the younger errant players as they’re the future generation. To instill in them the correct sporting values and football skills so that they can be better footballers and Singapore citizens.”

His voice clearly choking with emotion, Zainudin, the former Member of Parliament for Bishan-Tayoh GRC, added: “The President’s words still ring a lot in my ears as I realised the importance of emotional, social and physical development of young players, which will have a direct effect on their overall development and on the adult they will become.

“We shouldn’t go for a overkill but to find appropriate corrective measures. We’ve to be patient, personal in dealing with the young. Not simply holding the cane or throwing the proverbial book is the right longer-term answer.”

He said he seriously pondered over the adolescent brains of the teenagers who’re not fully developed and their emotions running high at a time of heightened vulnerability to risky and reckless behaviour.

Looking pragmatically, Zainudin said the President made him think over the upshots of the incident, much as the “footbrawl” was termed as the worst in S-League history. Locking them up with long-term bans as a means of teaching them, and others like them, to refrain from offending in the future is largely futile.

“That is why I place a lot of importance to grassroots development and making the community to understand the need to invest in the young generation the right sporting values so as to maximise their future well-being,” he said.

Zainudin revealed, for the first time, that as much as the errant players were punished, quick counseling sessions were done for “very promising teenagers” Khairul Nizam, Madhu Mohana, Gabriel Quak and Safuwan Baharudin, and today, the quartet stands out as role-models in the Singapore national team, preparing for this month’s Suzuki Cup. 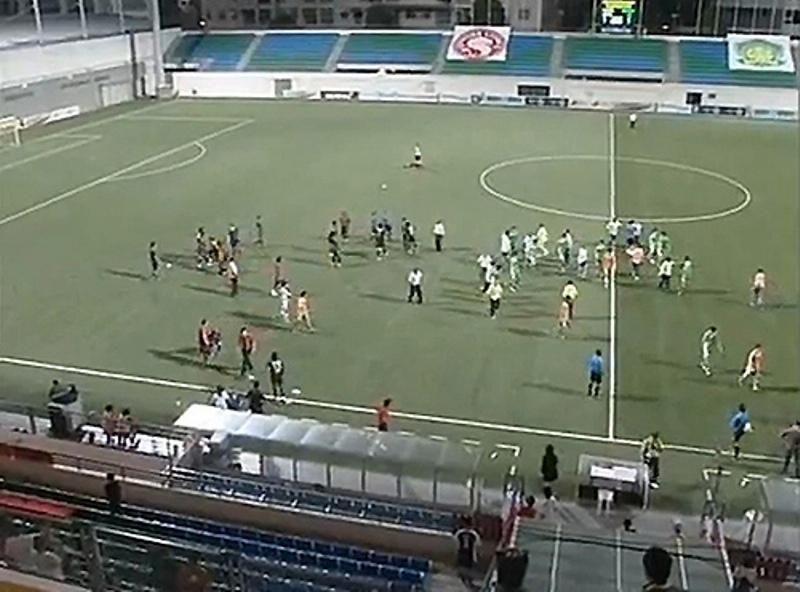 For the record, the serious disciplinary footnote of the 2010 incident reads: Both clubs, Young Lions and Beijing Guoan Talent, were slapped with $5,000 team fines and had five points docked off each team.

All 16 players involved in the embarrassing display of misconduct in S-League history were found guilty of the charges brought against them and were handed punishments of fines ranging from $1,000 – $3,000 and/or bans of up to a year.

Former national coach Jita Singh said he was “emotionally overwhelmed” by Zainudin’s recounts of the 2010 “footbrawl” incident. He said: “I’m happy the FAS President brought out this example about President Nathan. Two caring men who know the importance of optimising the early years of young players’lives, which will be the best investment we can make as a society in ensuring their future success.”

Jita, who was awarded the SNOC ‘Coach of the Year 1981’ and will be taking up a new appointment with five-time S-League champion Tampines Rovers as Director of Football Excellence, says he now feels a sense of responsibility to develop youth potential, especially that of errant teenagers.

“This is borne out of a love of working with youngsters and also my very strong belief that involvement in sports, and the challenges that comes with it, teaches one lessons that could be applied to life in general,” he said.

“Now that I’m back in Singapore, I hope to get involved in the development side of the football scene. I love working with the younger generation, and if I could help errant teenagers as I’ve mentioned before, I’ll be very happy to do it,” he added.

“It wasn’t easy for me in my schooldays in the 1950s and 60s. (But) I got into sports, football and hockey, and it taught me a lot. It taught me about being disciplined, and about being responsible. In sports, and especially in football, you can apply lessons to outside life, too.”

Jita praised the outgoing FAS President for reiterating at the S-League Awards event that he “believes football will always remain one of the most rewarding sports a child can play”.

“Zainudin calls it Singapore’s No 1 sport, the only sport that can unite a multi-racial society and he wants to further build on this cornerstone by investing a lot more in the grassroots and youth development. It may take time but it’s worth the wait to invest longer-term in the younger generation.”