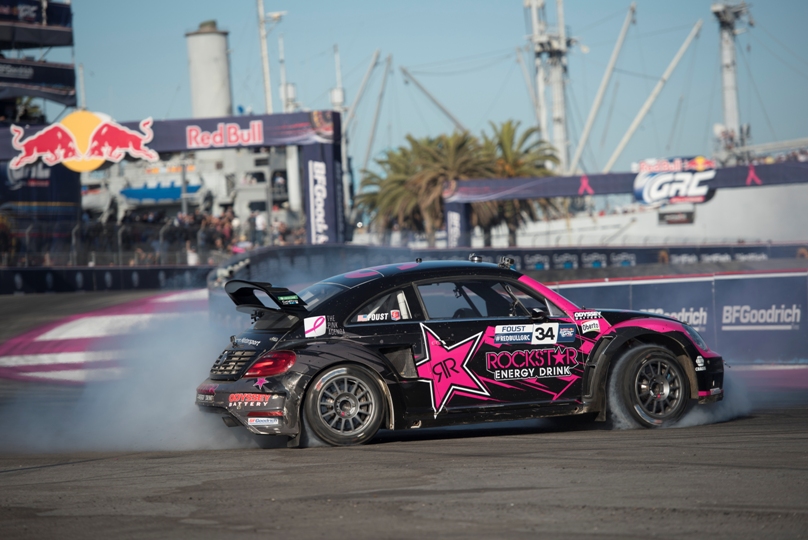 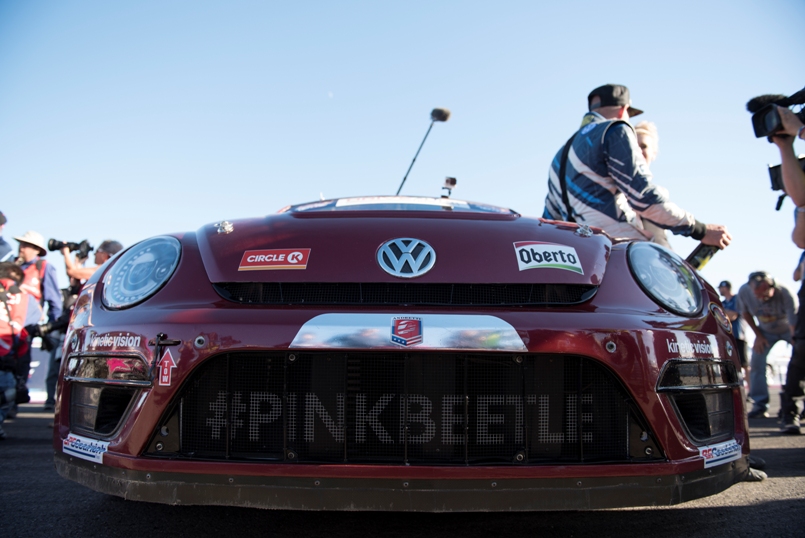 Scott Speed (USA) is champion again in the Red Bull Global Rallycross (GRC). Victory and second place at the season finale in Los Angeles (USA) was enough to secure the coveted Drivers’ title at the wheel of a Volkswagen Beetle GRC – his second, having also triumphed with Volkswagen last year.

Speed edged out his Andretti Autosport team-mate Tanner Foust (USA) in a dramatic finale. Foust, who topped the overall standings going into the finale in the US state of California, finished second and fourth in the two races in L.A., leaving him runner-up in the championship.

Volkswagen was already guaranteed to end the 2016 season as champion manufacturer following the round in Seattle (USA).

“Congratulations to Scott Speed on winning the Drivers’ title and, of course, also to Tanner Foust for finishing runner-up. They have both had a strong season, pushing each other to be at their very best and putting on a great show for the fans. The positive atmosphere in the team is unique and definitely a key factor in this success. The cooperation between Volkswagen of America, Andretti Autosport and our technicians is particularly worthy of mention – the collaboration between the USA and Germany has worked superbly.”

“Today was the most emotional day of racing in my entire career,” said Scott Speed. “In the finale, I got a call on the radio after the first corner: ‘oh by the way, Tanner is on your rear.’ I was shocked and just mind blown. I had Patrik Sandell in front of me and all of the possibilities are running through my mind of getting held up and Tanner punching right by us. Luckily for us, Tanner ended up falling back and it gave us some breathing room and then able to get by Sandell myself. Everyone raced me clean today and I was able to win it.”

Frenetic finale: tactics and excitement right down to the final lap

Exciting right down to the final: victory in the opening race on Saturday evening saw Scott Speed closed to within six points of team-mate Tanner Foust. This result also meant that the 2016 GRC Drivers’ title would be decided between the two Volkswagen drivers. Speed started Sunday’s finale from pole position, while Foust qualified seventh. However, Foust made an excellent start to climb into third place, hot on the heels of his team-mate Speed in second. Speed ultimately came out on top in a final full of tactics and drama, when he overtook Patrik Sandell (S, Ford) to take the lead. Victory in the final race in Los Angeles eventually went to Brian Deegan (USA, Ford), who used his “Joker Lap” with two laps remaining to climb into the lead from fourth place.

Not just quick and successful, but also a real eye-catcher: the two Volkswagen Beetle GRCs of Tanner Foust and Scott Speed were certainly in the limelight in Los Angeles. To mark the launch of the new Volkswagen #PinkBeetle, a special limited edition of the classic car for 2017, the two racing cars sported a bright pink livery at the season finale in the US state of California, making them hard to miss for the thousands of spectators at the track and watching on television and social networks.

A brace of wins: successful start to the 2016 GRC season lays the foundation

Successful from the word go – while the 2015 Volkswagen Beetle largely developed into a serious contender in the second half of its first full GRC season, the 2016 four-wheel drive powerhouse showed that it was capable of winning from the very first event. Foust opened the season for Volkswagen in spectacular and successful fashion, with two wins at the season-opening double-header in Phoenix (USA). Speed launched an impressive winning run midway through the season, with victories in New River, Washington D.C. and Atlantic City. In doing so, he laid the foundation, from which he went on to win the Drivers’ and Manufacturers’ Championships.

Impressive record: the Volkswagen Beetle GRC is the car to beat

Together, the two 560-hp Beetles – fielded by Volkswagen of America and developed in Germany by Volkswagen Motorsport – won eight of the eleven GRC events that made up the 2016 season, and claimed 14 podium finishes. Speed ended up with four wins to his name, while Foust contributed to the team success with also four victories. Since Volkswagen first entered the GRC series in 2014, the Wolfsburg-based carmaker has racked up 18 wins and 32 podiums.

Spectacular and spectator-friendly: the GRC impresses with action and compact races

The races in the Red Bull Global Rallycross series never fail to provide loads of action and are real crowd pullers. The compact races are followed enthusiastically on various social networks and provide plenty of talking points. The GRC circuits consist of a mixture of asphalt and gravel sections and feature spectacular jumps, with the cars often flying over 30 metres through the air. Exciting and spectacular races with door-to-door action are the order of the day in Global Rallycross.