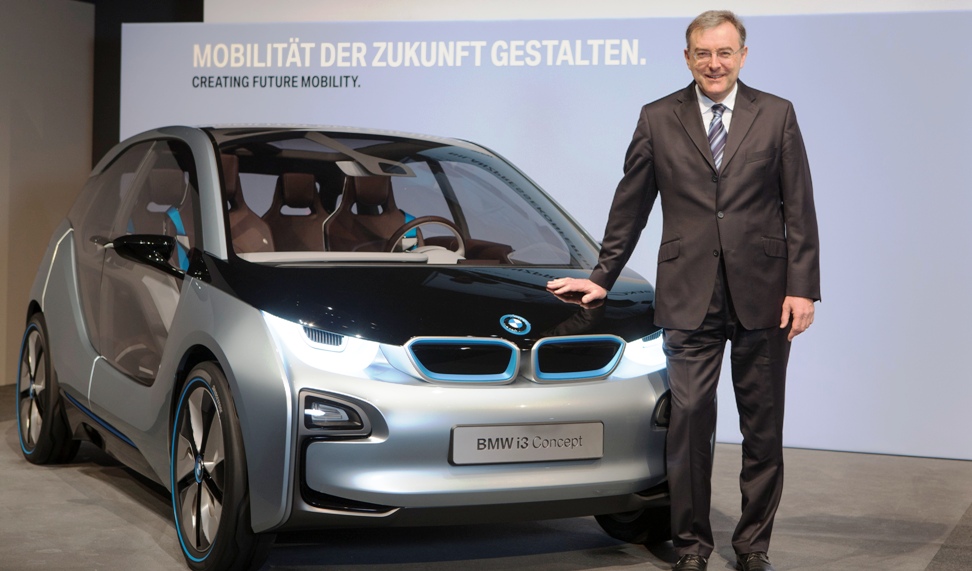 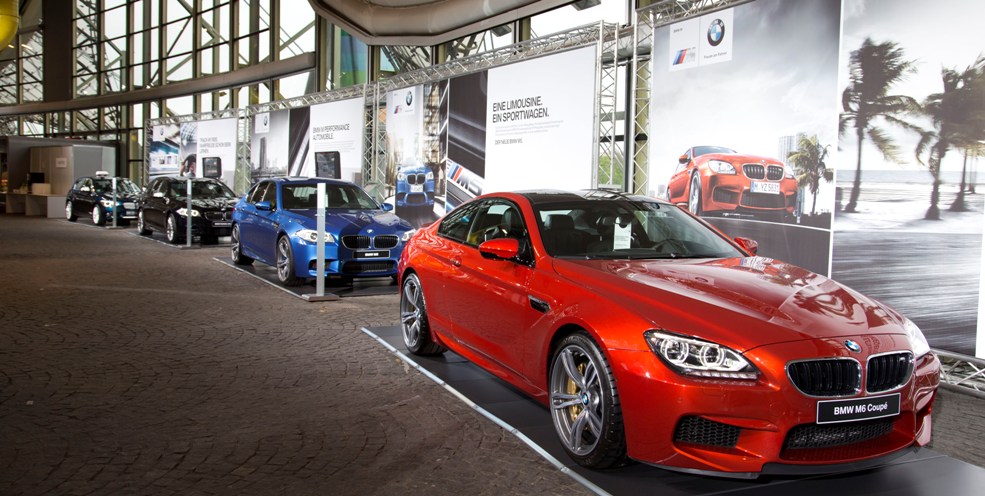 First-quarter sales volume, revenues and earnings were all up on the previous year, underpinning the BMW Group’s position as the world’s leading premium car company.

“The BMW Group has made a strong start to the current financial year with new record first-quarter figures for sales volume and profit before tax. The 9.5% EBIT margin recorded by the Automotive segment keeps us firmly within the upper range of eight to ten percent that we wish to attain,” stated Norbert Reithofer, Chairman of the Board of Management of BMW AG, on Tuesday in Munich.

Strong demand for BMW Group vehicles had a positive impact on the Automotive segment’s revenues and earnings in the first three-month period. First-quarter revenues rose by 4.1% to € 16,559 million (2013: € 15,907 million). Owing to substantial expenditure on new technologies, tougher competition and increased personnel costs as mentioned above, EBIT came in at exactly the same level as the previous year (€ 1,580 million) and resulted in an EBIT margin of 9.5%. Segment profit before tax improved by 8.4% to € 1,643 million (2013: € 1,516 million), corresponding to a return on sales of 9.9%.

The BMW brand maintained its position as the world’s leading premium company during the period under report and, for the first time in its history, sold more than 400,000 vehicles in the first quarter of a financial year. Worldwide sales rose by 12.3% to 428,259 units (2013: 381,404 units). The BMW 3, 5 and 6 Series as well as the X5 each headed the market in their respective segments.

Demand for the BMW i3 continues to be high. 2,022 units of this innovative electric vehicle were sold worldwide in the first quarter and sales figures are set to continue rising over the coming months as more vehicles become available (a large number of the vehicles produced to date has been delivered to various markets for demonstration and showroom purposes). The sales figure for March alone was in the region of 1,000 units. Production ramp-up for the i3 has continued in line with schedule in recent weeks and some 100 vehicles are currently being manufactured each day. The i3’s initial launch in Europe was followed up in April by its introduction in the USA, which promises to be the vehicle’s largest market.

Rolls-Royce remains the world’s leading manufacturer in the ultra-luxury segment. After four record years in succession, the trend continued in the first quarter 2014, with a total of 897 Rolls-Royce cars delivered to customers worldwide (2013: 642 units; +39.7%). Demand continues to be high for the various models of the Phantom and Ghost families. Similarly, order book figures for the new Rolls-Royce Wraith are also at a very healthy level.

The BMW Group achieved first-quarter growth in numerous markets, with sales volume gains recorded in all major regions. Despite some challenging conditions still to be faced in a number of markets, first-quarter sales in Europe rose by 3.4% to 214,210 units (2013: 207,243 units).

A new sales volume record was also set for the three-month period from January to March, with 28,719 units sold (2013: 24,732 units; +16.1%). The new R nineT, S 1000 R, R 1200 RT and K 1600 GTL Exclusive models presented the previous autumn were all launched in time for the start of the season in March. The C evolution electric scooter will make its appearance in dealership showrooms from May onwards.

The number of employees as of 31 March 2014 was 4.6% higher than a year ago. Overall, the BMW Group had a worldwide workforce of 111,378 employees (31 March 2013: 106,470 employees). The increase was attributable to the growing need for engineers and skilled workers in order to keep pace with continued strong demand on the one hand and to forge ahead with innovations and the development of new technologies on the other.

Based on its strong performance in the first quarter, the BMW Group reaffirms its outlook for 2014. Within a challenging market environment, sales volume (2013: 1,963,798 units) and Group profit before tax (2013: € 7,913 million) are both expected to rise to new record levels.

“We are on course to achieve significant sales volume growth in the current year, leading to a new all-time high of over two million vehicles”, Reithofer confirmed.

The planned growth in sales volume is also likely to be reflected in Group profit before tax: “We are aiming for a new record Group profit before tax figure, which will be significantly higher than in the previous year”, Reithofer explained. The pace at which earnings increase will be influenced, however, by high levels of expenditure for new technologies, fierce competition and rising personnel expenses.

The Automotive segmentforecasts a significant rise in revenues in 2014 on the back of the expected strong demand for BMW, MINI and Rolls-Royce brand vehicles. The scale of the increase could, however, be held down somewhat by currency factors. An EBIT margin within a corridor of between 8 and 10% (2013: 9.4%) remains the target for the Automotive segment. At the same time, the BMW Group will continue to invest substantial amounts in new technologies in order to extend its lead in the field of innovation and in the premium segment.

Tailwind is also likely to be provided by the 16 new models including model revisions which the BMW Group plans to launch in the current year, including the 4 Series Gran Coupé and the BMW i8 plug-in hybrid sports car in June as well as the BMW X4 in July 2014. The 2 Series Active Tourer will go on sale in the fourth quarter.

The Motorcycles segment is also expected to continue to perform well over the year as a whole. Despite tough conditions on international motorcycle markets, sales are forecast to be slightly up on the previous year (2013: 115,215 units).

The Financial Services segment should also remain on growth course in 2014. As a consequence of related investments, the return on equity is likely to drop slightly (2013: 20.2%), but is still set to surpass the BMW Group’s minimum required level of 18%.

The Group’s forecasts for the current year are based on the assumption that political and economic conditions remain stable in 2014. 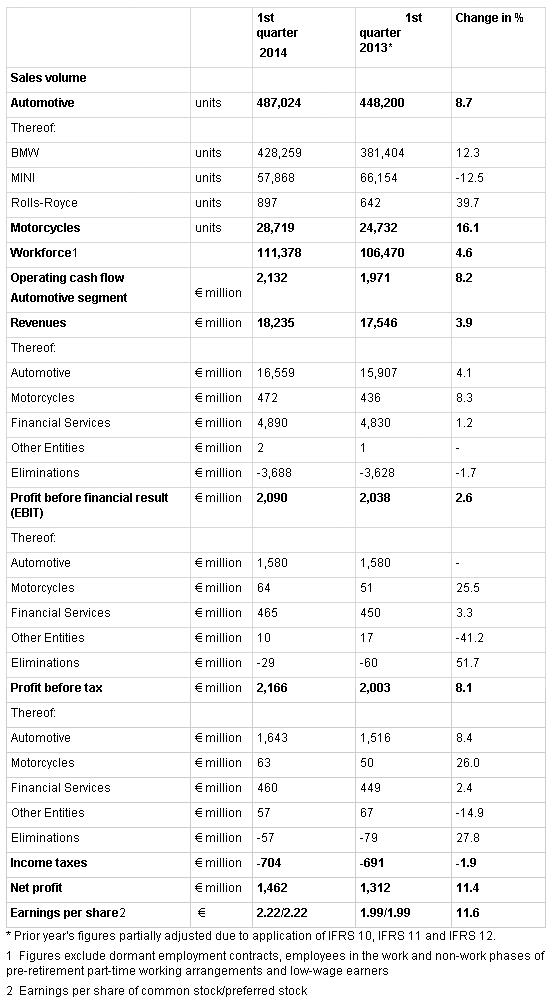