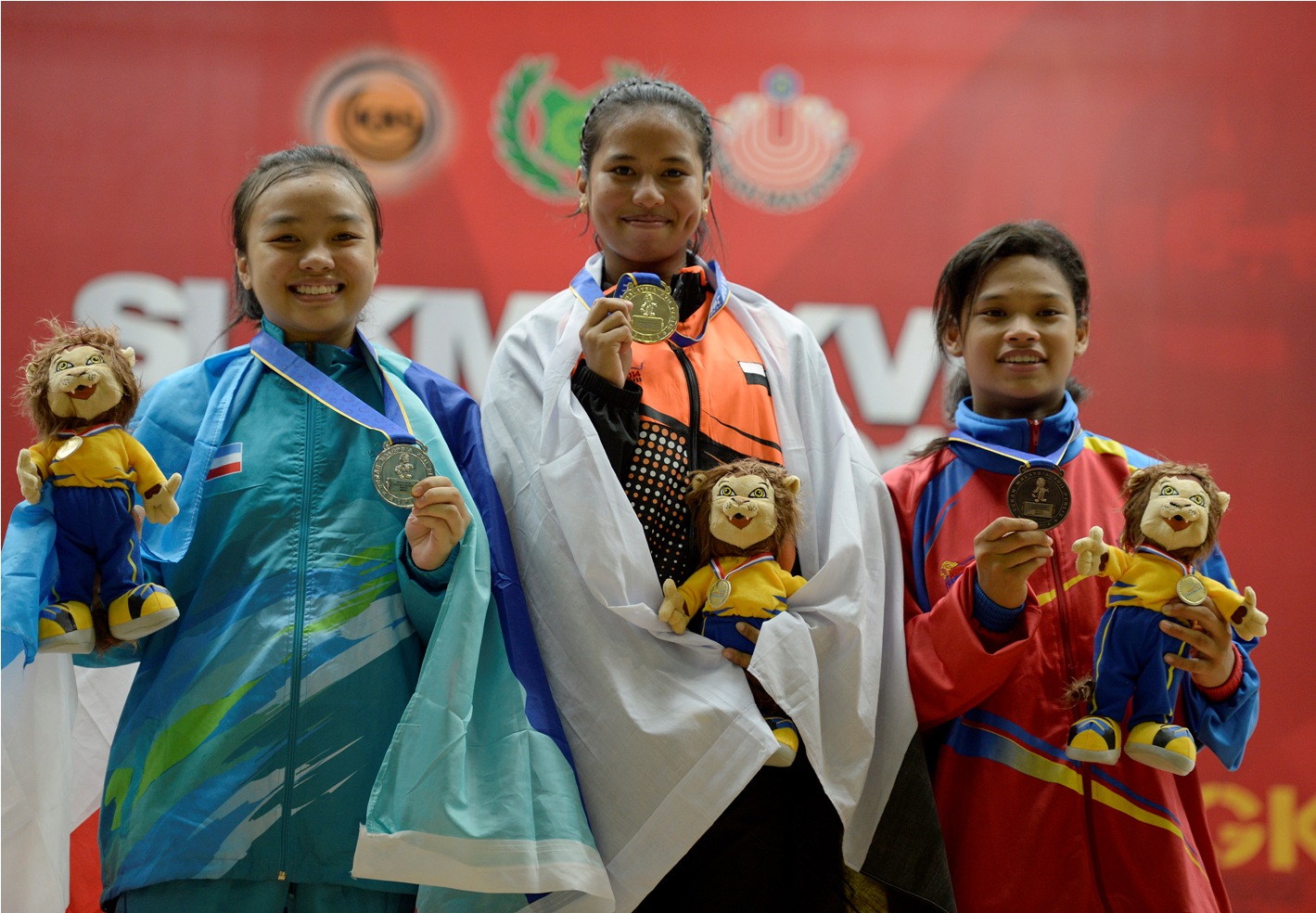 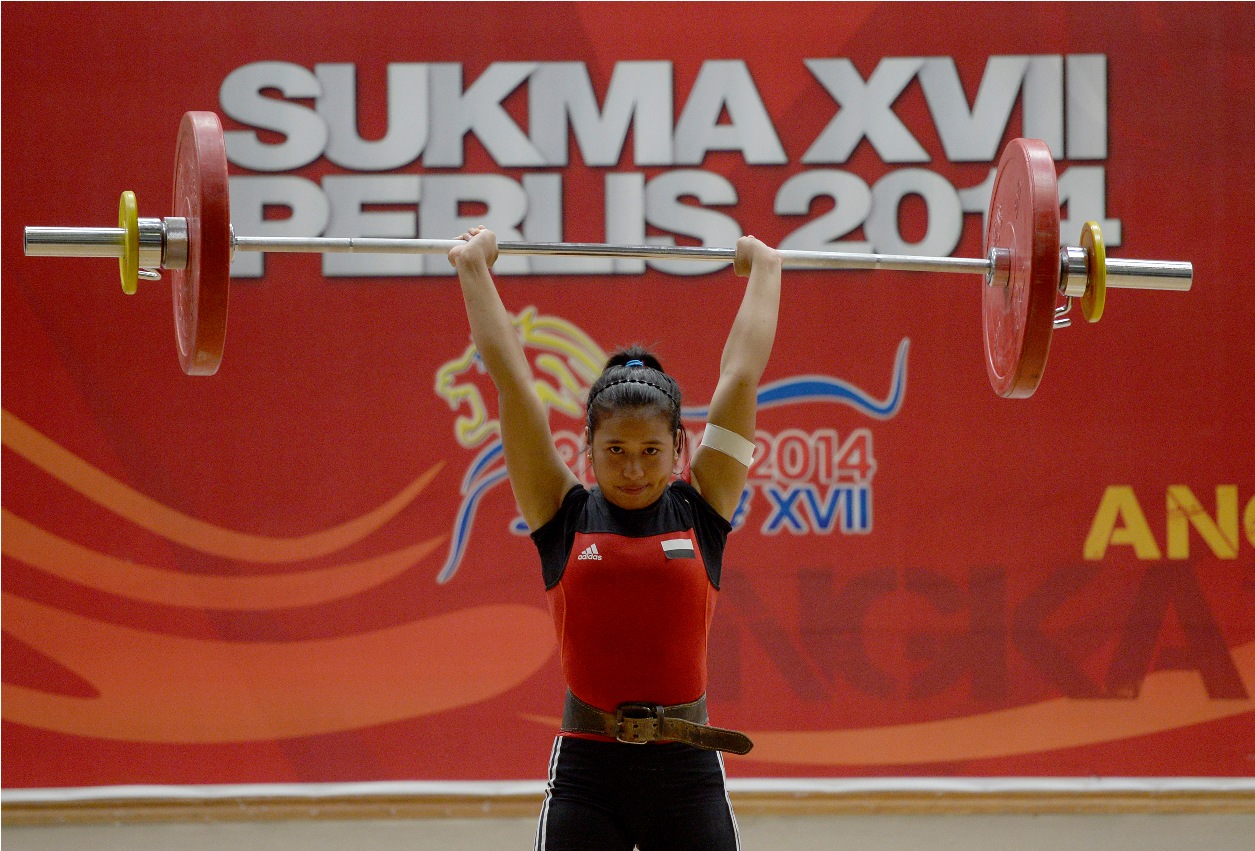 The sibling bond had a telling effect on Siti Zaleha Yusop in her two-gold medal haul in the women’s below 48kg category as Pahang continued their relentless march in weightlifting in the 17th SUKMA here in Perlis.

The Institute Kemahiran Belia Negara (IKBN) in Kuala Perlis is certainly becoming a happy ground for the East Coast state with a confident Siti Zaleha taking the snatch gold with a lift of 64kg – her personal best – and the clean and jerk gold with 73kg.

Siti Zaleha attributed her success to her brother Zakaria Yusof, a former national weightlifter, who is now the chief coach of the Pahang weightlifting team.

“To a certain extent, having my older brother, whom I adore very much, as my chief coach had an effect on my training. I was determined not to let him and the state down,” said the 17-year-old Siti Zaleha who won two silver medals in the same category at the 2012 SUKMA in Pahang.

In Kuantan, she lost out to teammate Rosmah Abdullah in both categories. With Rosmah not eligible for the SUKMA, the burden was on Siti Zaleha to deliver.

This, she did in style as she erased her previous personal best of 62kg in her third and final attempt – pushing Sabah’s Elly Cascandra (60kg) into second place while Nur Atikah Mahamd Sobri of (Wilayah Persekutuan) settled for the bronze with 50kg.

In the clean and jerk Siti Zaleha’s first lift of 73kg was good enough for her to clinch the gold although she attempted 78kg and 80kg respectively in the second and third attempts but failed both times.

Thirteen-year-old Nur Atikah was the most disappointed when she failed to land a medal when she failed in all three attempts to lift 73kg – which paved the way for Sabah’s Elly Cascandra to win the silver (66kg) and Kedah’s Noor Nisha Izzure (62kg) the bronze.

“Our target is six gold medals in weightlifting in Perlis. If we can achieve this it means we are on track in our development program for the sport.

“We have brought seven weightlifters from the Kuala Rompin weightlifting centre for the 17th Sukma. I am pleased with what they accomplished in Perlis,” said Zakaria. 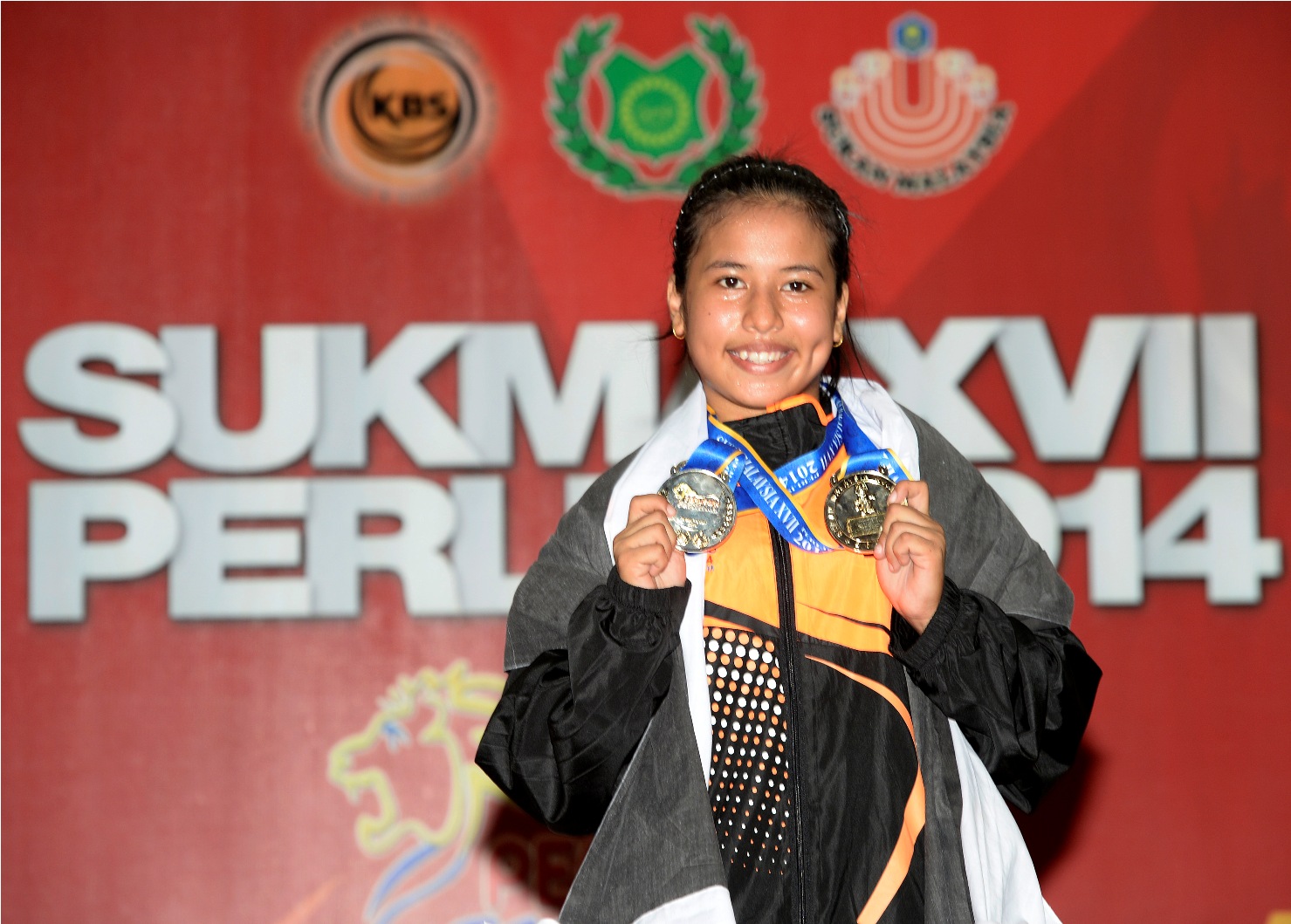