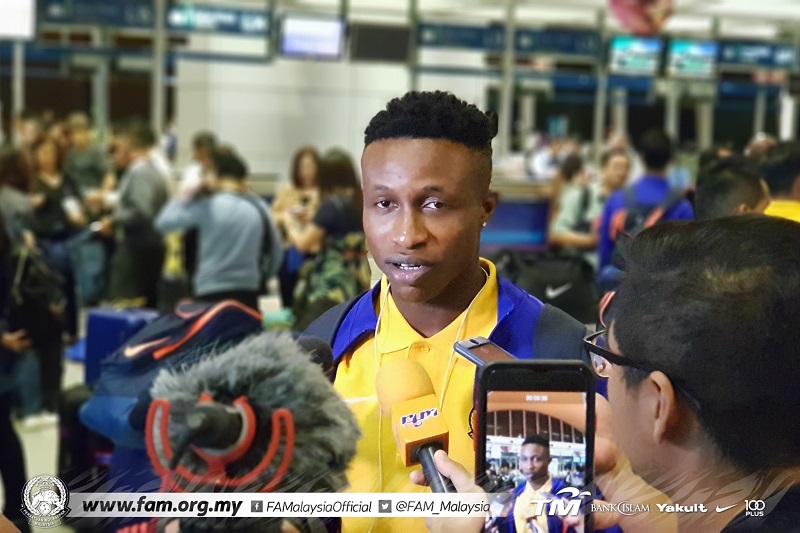 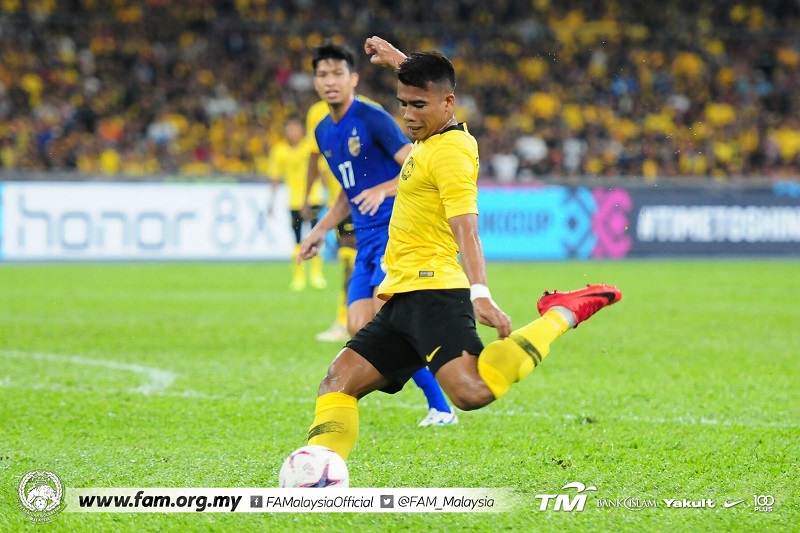 Harimau Malaya leaves for Jakarta this morning for the big clash against Asean rival Indonesia in their opening Group G World Cup 2022/Asia Cup 2023 qualifying round match at Jakarta’s  Gelora Bung Karno Stadium on Thursday.
The match comes in the wake of Malaysia’s 1-0 defeat to 99th ranked Jordan in an ‘A’ international friendly at the National Stadium in Bukit Jalil last Friday after the Harimau Malaya conceded an early seventh-minute goal – scored by Jordan skipper Saeed Murjan.
National head coach Tan Cheng Hoe dropped three players after the defeat but is bringing along naturalized Malaysian  – Gambia-born Mohamadou Sumareh who did not play against Jordan because of injury.
Sumareh, who plays for Pahang in the Malaysian Super League, has since recovered and could well feature prominently in Cheng Hoe’s match plans against Garuda, as Indonesia is popularly known.
Still, Cheng Hoe is taking a cautious approach with Sumareh as he does not want to rush the Gambian into things as he has just recovered from a groin injury.
“There are still two more days to go and I will see how Sumareh copes up. I will discuss the matter on Sumareh with the rest of the coaching staff before deciding on the team. Things do look good as for now,” said Cheng Hoe.
Putting that aside, Cheng Hoe called on his players to take the field against Indonesia with a “positive attitude” for a “positive result” to kickstart their campaign in the away match.
“It is a tough opener for both teams. Our players, however, need to grab every chance to score the goals. We cannot afford to waste chances against a team like Indonesia and the home crowd behind them,” added Cheng Hoe.
In the match against Jordan, the former international brought in new faces like J. Partiban (Perak) and Daniel Amier Norhisham (Felda United). The duo did put up a creditable show in the international debut but lacked experience playing at higher.
“They will learn through experience and I hope Partiban and Daniel will improve playing in international matches.”
“Our players need to be sharp to convert chances that come their way.” – BY RIZAL ABDULLAH