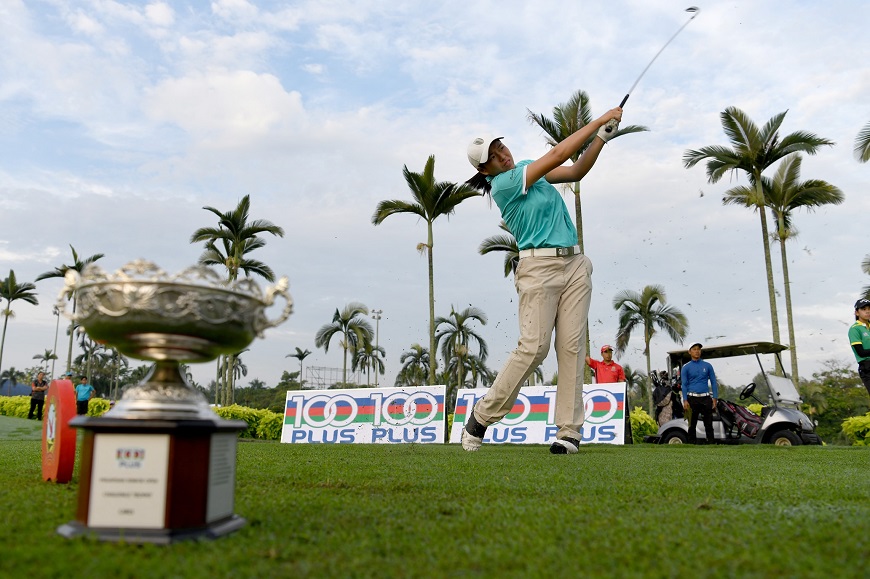 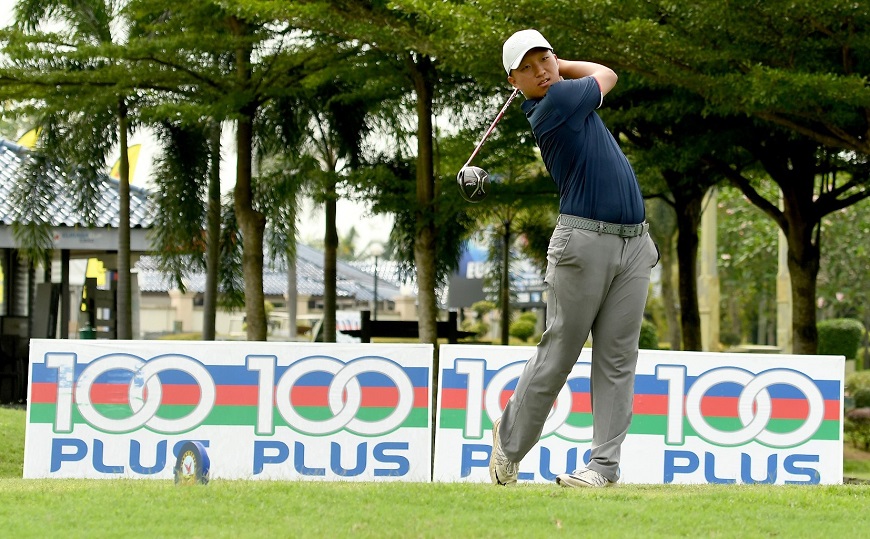 South Korean Shin Taewon blasted a five-under par 67 to snatch a three-shot lead on the first day of the 100PLUS Malaysian Junior Open Championship 2017.

“Overall, my putting today has been excellent. I was always on the green and was chasing par the whole day long. I did not play well last week (International Championship at the same venue) but I improved considerably today,” said Taewon.

With no bogeys on his card at the end of the first day, Taewon said he is not yet thinking of defending his lead going into the next round tomorrow. His focus will be on maintaining his form and consistency.

Rhaasrikanesh, whose three birdies at the first, second and seventh, helped him finish off with a solid two-under par 70 to stay within striking reach of the leader.

He said there were chances to score but somewhat struggled with his putting. “I lost focus and it’s something I need to work on and improve tomorrow,” added Rhaasrikanesh.

One shot behind in third are Malaysians, Victor Ng Yu Kai and Adam Arif Madzri along with Singapore’s Donovan Lee.

In the girls category, Malaysians Winnie Ng and G. Vinisha share the lead with similar scores of four-under 68.

The cool weather helped as Winnnie sank five birdies but a momentary lapse saw her bogey at the 18th while Vinisha completed a bogey-free opening round.

“I had to withdraw from the Ambank Championship the previous week due to health reasons, so I was not expecting to play well at all today,” said Winnie. “I was just taking it one green at a time… it will be the same for me tomorrow.”

Vinisha commented: “I tried to strike a balance between being aggressive and taking things in stride. Glenmarie can be punishing with the wrong approach, so I had to be careful.

Nor Heikal Nor Hadi 73