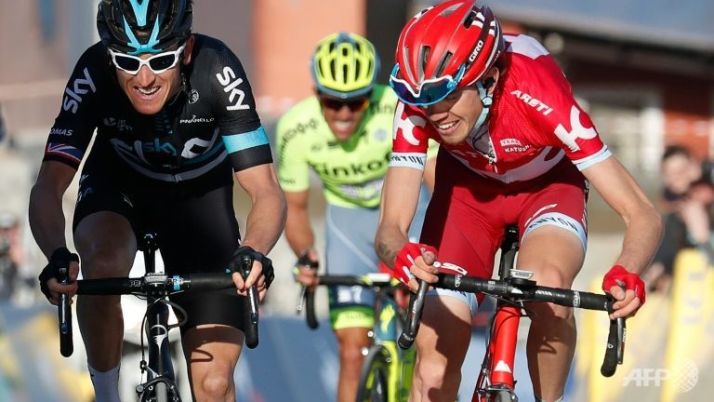 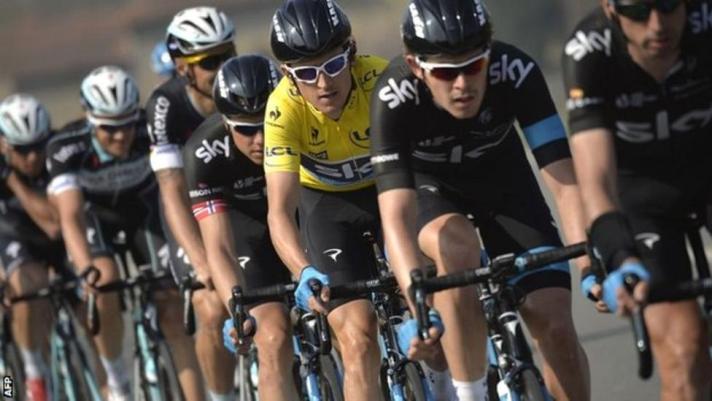 Thomas took the race leader’s yellow jersey off Australian Michael Matthews in the only uphill finish of the race after 177km from Nice to La Madone d’Utelle.

Two-time Tour de France winner Alberto Contador was third on the stage a second back with reigning champion Richie Porte of Australia, who was Thomas’s team leader at Sky last year, taking fourth at 7sec.

Thomas now leads by 15sec overall from Contador with Katusha rider Zakarin at 20sec and Porte another second behind that.

“It’s unbelievable. The boys were incredible today. Thankfully I had the legs and I was able to respond to Contador’s attacks,” said Thomas.

“I’m disappointed not to win the stage. But to gain a little time on Richie and Contador was really good.”

Sunday’s final hilly 134km stage around Nice gives Thomas’s rivals some chances to snatch victory but the Welshman will be feeling confident.

“It’s by no means finished. Contador is a pretty good bike rider! And Richie and Zakarin too,” said Thomas.

“They won huge races. There’s still a hell of a long way to go.”

His Sky team controlled the pace on the final 15.3km ascension of Saturday’s stage despite Contador attacking on several occasions.

Porte burst out of the leading group with a kilometre to go as the victory came down to a fight between the top four.

Thomas was next to have a go before Zakarin, 26, who announced himself to the world with a shock victory at the Tour de Romandie ahead of Chris Froome last year, claimed the sprint finish.

Matthews had been distanced on the penultimate climb some 20km from home.

Results from the sixth and penultimate stage of Paris-Nice, a 177km run from Nice to La Madone d’Utelle on Saturday: