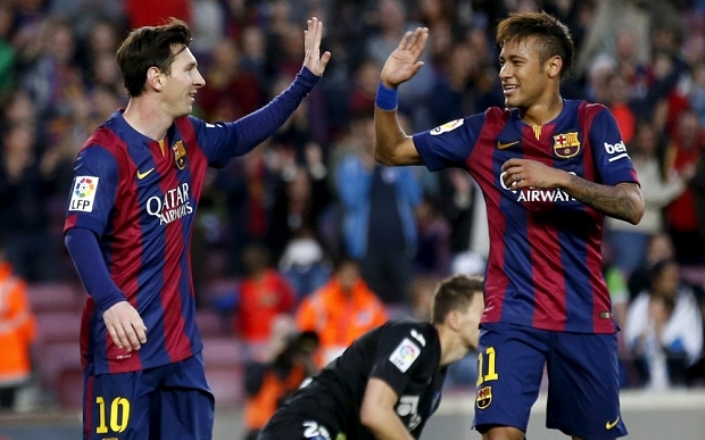 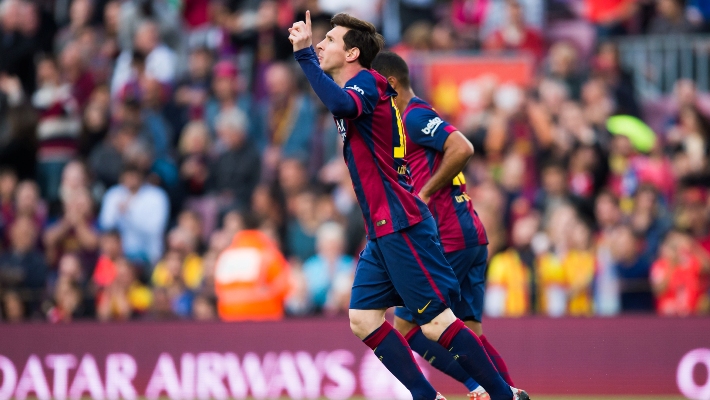 Lionel Messi scored, provided three assists and missed a penalty as Barcelona pressed home their advantage at the top of La Liga with a 6-0 thrashing of Getafe on Saturday.

Juan Rodriguez’s own goal opened the scoring before Messi saw his penalty saved by Vicente Guaita, teed up Munir El Haddadi and Neymar and smashed home his 36th goal of the season all before half-time.

Neymar and Arda Turan rounded off the scoring to seal Barca’s 12th straight La Liga win after the break.

A 37th consecutive game without defeat opens up an 11-point lead on second-placed Atletico, who host Deportivo la Coruna later on Saturday.

Real Madrid are now 15 points adrift of Barca in third ahead of their trip to Las Palmas on Sunday.

An eighth defeat in nine games leaves Getafe just a point above the relegation zone.

The European champions weren’t even at full strength as coach Luis Enrique left Luis Suarez on the bench ahead of Barca’s return to Champions League action against Arsenal on Wednesday.

Yet, the hosts still only took seven minutes to break the deadlock as Jordi Alba’s driven cross towards Messi was scooped into the far corner of his own net by Rodriguez.

Barca’s one fallibility this season was exposed moments later when Neymar was chopped down by Emiliano Velzquez inside the area.

Messi took responsiblity, but for the ninth time in 20 spot-kicks Barca failed to convert as Guaita dived to his left to turn the five-time World Player of the Year’s effort to safety.

Guaita’s intervention kept Getafe in the game for just a further nine minutes as Messi directed Andres Iniesta’s through ball onto El Haddadi’s head for the second.

Gerard Pique then hit the bar as Getafe failed to contain the waves of Barca attack.

Neymar’s display had been under scrutiny after he took advantage of being suspended for last weekend’s 4-0 win at Eibar to fly back to Brazil to celebrate his sister’s birthday.

Yet, the break seemed to do the 24-year-old good as he raced onto a brilliant Messi pass to slot home his first goal in four games.

Messi then took out his frustration at not netting from the spot to rifle home the fourth from outside the box five minutes before half-time.

The pattern continued after the break with Messi in generous mood with another clinical through ball for Neymar to sweep home his 25th goal of the season.

And Turan added a sixth just before the hour mark with an acrobatic overhead kick which left Guaita flatfooted.

Iniesta was rested for the final half hour ahead of Arsenal’s trip to the Camp Nou, despite Barca holding a commanding 2-0 first-leg lead.

Yet, Suarez didn’t get the chance to further his case in the battle with Cristiano Ronaldo to be La Liga’s top scorer as he remained on the bench for the full 90 minutes. – Agence France-Presse