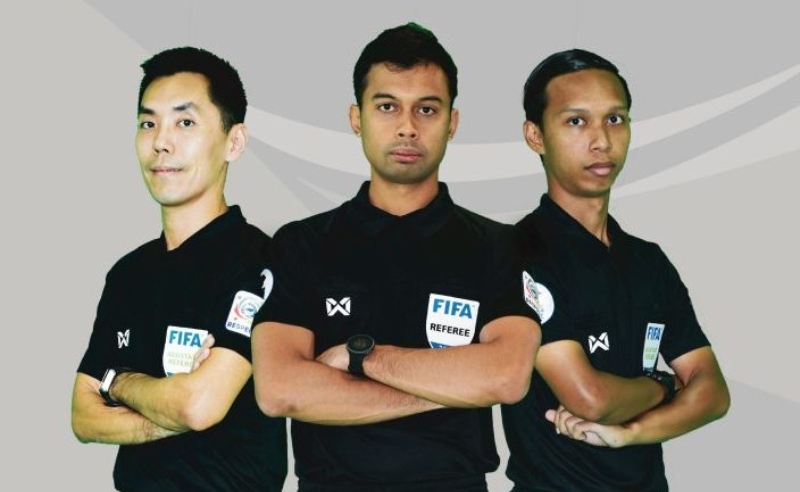 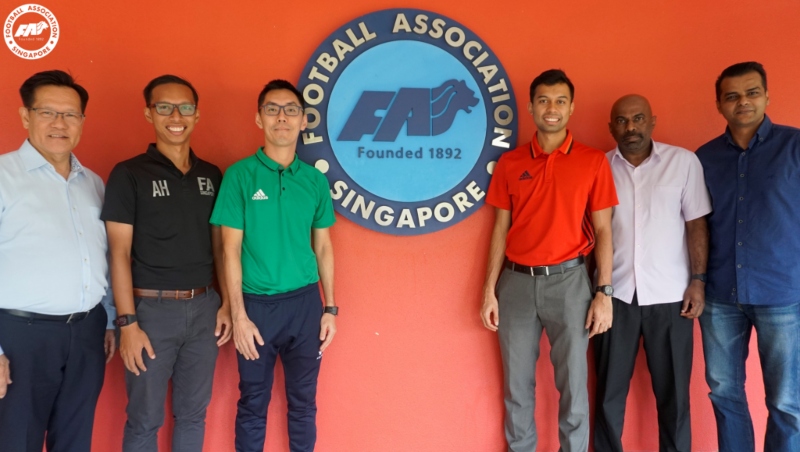 REFEREES usually “kena hantam” (get the brickbats in Malay) and seldom do the men-in-black get projected the right way even when they do the right stuff. Simply because, as a former referee, I know no one promptly recognises a good refereeing deed.

The brickbats, more than bouquets, have been the ironical way of refereeing life. Yes, you may call it an occupational hazard – the scrutiny, the brickbats, the poisonous abuse – but I’ve always been passionate about refereeing for three decades and will always go on record to say it’s a brilliant community-volunteer job.

But I will never deny that it’s a difficult unappreciative one…something more football folks might learn to appreciate once they’ve crabbed a mile in the latest object of their derision’s shoes.

On that note, I’m proud to blow the trumpets for three Football Association of Singapore (FAS) referees who’re literally going to the ‘Poles’ for the 2019 FIFA Under-20 World Cup in Poland.

The trio of Muhammad Taqi Aljaafari, Ronnie Koh and Abdul Hannan will represent Singapore at the 22nd edition of the biennial tournament, which will be held from 23 May to 15 June.

I’ve regularly assessed the trio in the S-League recently as a qualified AFC Referee Instructor and I’ve found them to be consistently outstanding, either with a whistle or the flags. I take my hats out that they deserve this appointment to show the world that a “little red-dot of an island”, ranked in the other end of the FIFA rankings at 160, can produce world-class whistlers. 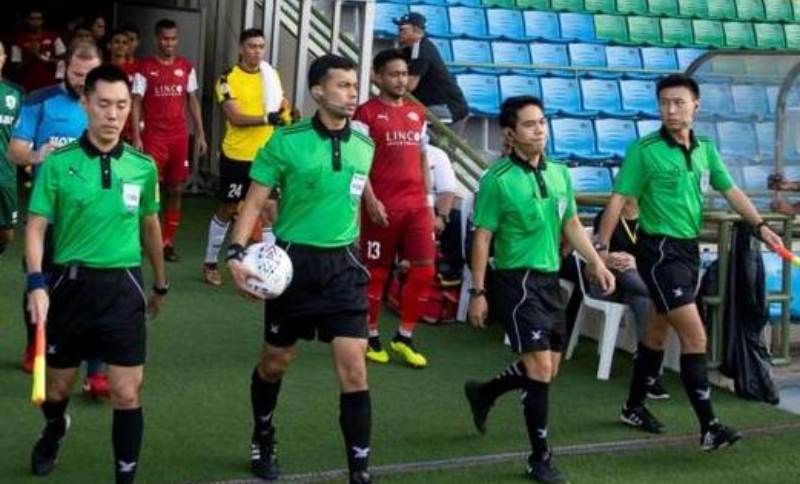 ONLY NINE FROM ASIA

The news was broken to the three officials this week by FAS President Lim Kia Tong, with FAS General Secretary Yazeen Buhari and FAS Head of Referees Nazeer Hussain in attendance.

Singapore must feel very proud because the three are only among nine from Asia selected. The other Asian referees come from the Middle East, namely Oman and Jordan.

Mr Lim said: “We are extremely delighted and proud that three match officials from Singapore have been selected to officiate in this prestigious FIFA tournament. Knowing the stringent criteria and standard set by FIFA for selection, the trio of Taqi, Ronnie and Hannan have proven that our top referees can be on par with the world’s best.

As part of the lead-up to the assignment, Muhammad Taqi recently took charge of Chinese Super League (CSL) matches between Shandong Luneng and Wuhan Zall on 28 April, and Shanghai SIPG against Guangzhou R&F on 4 May.

Mr Lim adds:  “We are very confident that Taqi, Ronnie and Hannan will acquit themselves with distinction at the tournament in Poland and fly the Singapore flag high.”

For Hannan, it came as a “pleasant surprise” as he’s only into his third year of refereeing and making his debut at a FIFA tournament.

The 28-year-old was among the match officials at last year’s Asian Football Confederation (AFC) U16 Championship in Malaysia, while he was also an official at the Asean Football Federation (AFF) Suzuki Cup 2018 first-leg semi-final between Malaysia and Thailand. Along with Koh, both served as assistants to Taqi in an international friendly between Japan and Costa Rica last September.

“Actually, I’m very surprised because there are other FIFA referees in Singapore who are much more experienced,” says Hannan. “I hope to justify this appointment by training and preparing well for it.”

It is the second time in a row that Taqi and Koh will be officiating together at a FIFA tournament, having both been to the 2017 FIFA U17 World Cup alongside Edwin Lee as a trio – a first for a Singaporean trio then. Both also officiated together as the Asian Football Confederation (AFC) Asian Cup 2019 earlier this January and Koh is delighted to get another opportunity to be at a FIFA tournament.

“It is not easy to get into such tournaments so we should be extremely happy, honoured and humbled by this appointment,” said the 40-year-old, who has been an international referee since 2012. “Refereeing is now about teamwork, not about one man; if one fails, all fail. I am looking forward to it and the most important thing is to prepare well; the hard work starts now.” 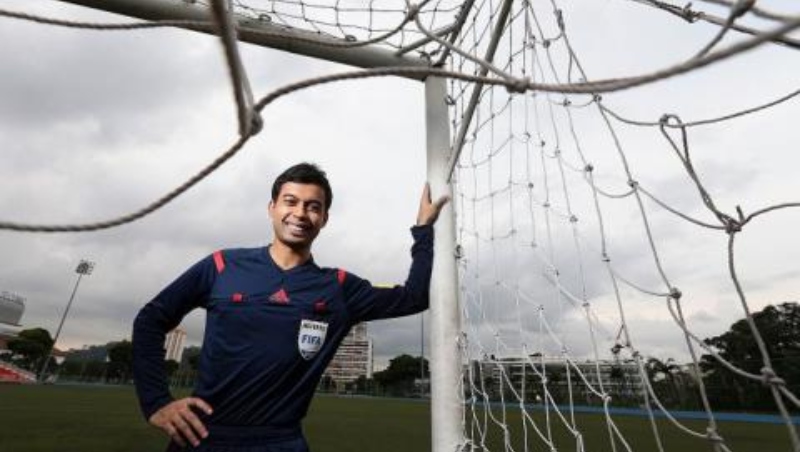 Taqi, who I rate as an outstanding new-generation Made-in-Singapore referee ambassador as he holds a Bachelor of Science (Upper second-class honours), described himself as “thrilled and motivated”.

The 32-year-old, who recently took charge of the 2019 Asian Football Confederation (AFC) Champions League match between Al-Rayyan and Al-Ittihad. says: “The preparation has been excellent for us and the support we have received from the Referees’ Department and FAS have been terrific.

“With it being Hannan’s first FIFA tournament, I will definitely do my best to mentor him and emphasise the importance of being both mentally and physically focused throughout the competition. With the implementation of VAR in the competition, all three of us have to work together to ensure good performances and synergy on and off the field.”

As I end, let me continue to praise the referees, who offer a smile even when you throw an abuse. Indeed the willingness to accept such regular abuse for love of the game is evidence of a particularly forgiving mindset. I know the number of young officials coming into the game is dwindling and ex-players, cosseted by more lucrative careers, show little appetite to take up the whistle.

Mind you, football will always need referees, but why they should need football is becoming less obvious. – By SURESH NAIR