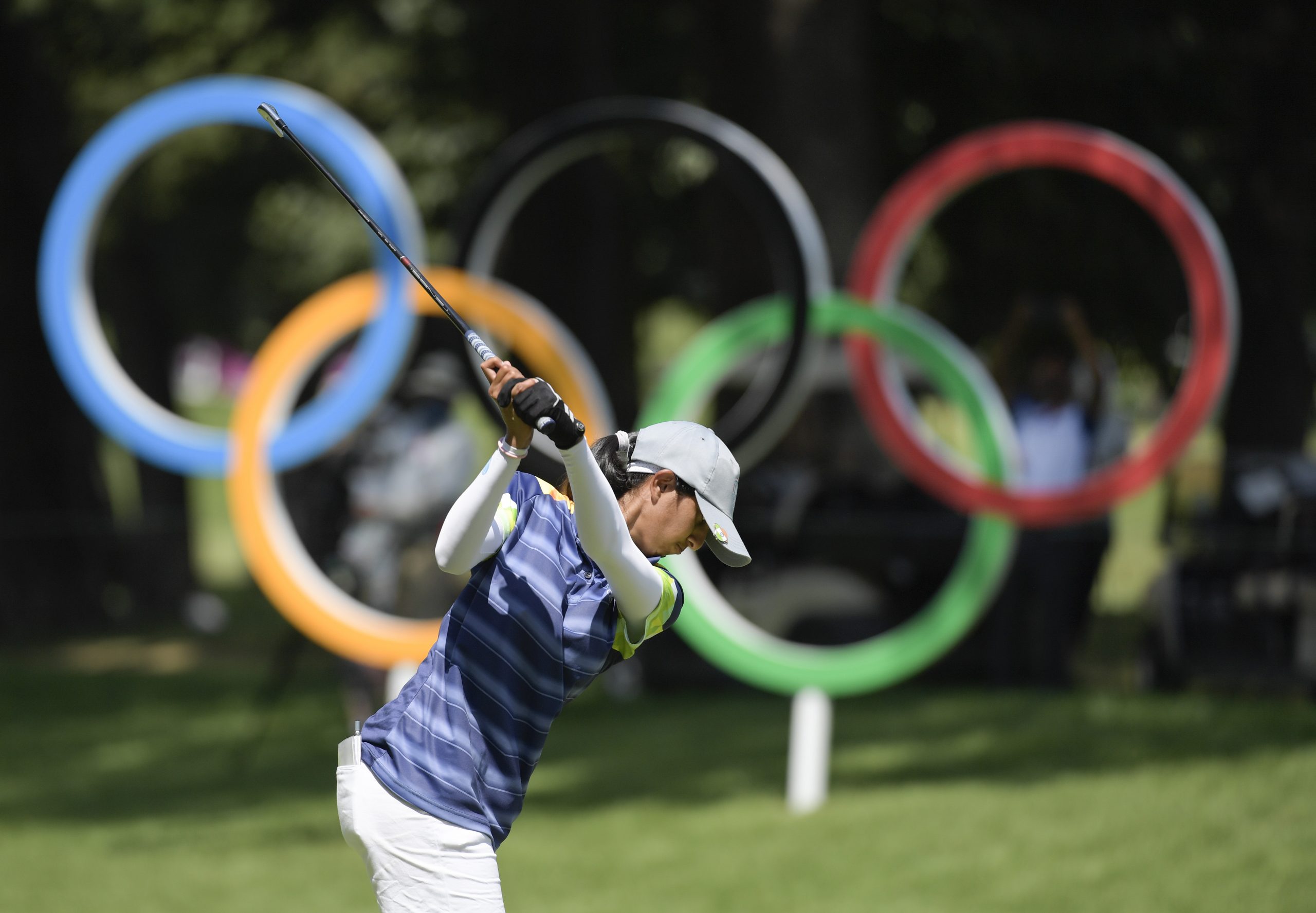 In Sanskrit, her given name means “Boundless” and Aditi Ashok has certainly lived up to her calling by continuing to produce some phenomenal golf to be on the cusp of an historic medal for India at the Olympic Games Tokyo 2020.

The 23-year-old Aditi was once again poised and polished in grinding out a 3-under 68 in the third round of the women’s golf competition at Kasumigaseki Country Club for solo second place on 12-under 201 and three back of leader and World No. 1, Nelly Korda of the United States.

Through the end of the third round, she was able to pull two clear of a group of four players, Japan’s Mone Inami, Emily Kristine Pedersen of Denmark, Australian Hannah Green and New Zealander Lydio Ko, who all share third place on 203 with 18 holes remaining on Saturday. The final round tee times will begin from 6:30am to 8:23am (local Tokyo time), with officials sending players to the course an hour earlier than third-round play to get out in front of potential bad weather.

Following the return of golf into the Olympic programme in 2016, no Indian golfer, both men or women, have won a medal and Aditi knows fully well what a podium finish would mean for the game in her native country. However, she plans to stick to the proverbial “one shot at a time” routine when she joins Korda for the second successive day in the final group which will include Lydia Ko, the silver medallist in Rio.

“I think one more day of golf and a lot happens on the final day, Although it’s just one round, it feels long mentally, so definitely staying patient and hoping we have good weather and hope I play good tomorrow,” she said.

When she made her debut in Rio 2016 as the youngest competitor and featured in the top-10 in the opening two rounds before finishing 41st, Aditi attracted more curiosity as a wide-eyed teenager just out from school and soaking in the Olympic experience.

A medal for India on Saturday could well spark the positive change that so many clamour in a country where cricket is No. 1 and treated like a religion. She knows all eyes will be on her during the final round but is taking the pressure in her stride.

“I think nobody really follows golf as much. And whenever the Olympics comes around, it’s always because we had a lot of sports where we were actually really good, like hockey, where we used to win gold medals all the time. I think with golf being in the second time, I think people are a lot more educated and trying to follow it a lot more,” she said.

“For sure (there will be pressure) but I’m not thinking about it that much. I think no matter how do I this week, people have heard about golf and they continue to tune in if they have extended the golf coverage in India because I’m in the top 3. I think that’s good itself. People seeing golf instead of the other sports, it’s always good to get more people aware of the game.”

Her glorious run through three rounds has been especially pleasing as Aditi has not regained her full speed and strength after coming down with COVID-19 in May. Her driving distances are some 15 meters shorter than regularly – she’s ranked 59th in driving distances among the 60 golfers this week – which has seen her rely on her trusty rescue club. She also ranks first in Strokes Gained: Putting, picking nine strokes over the field.

“It (Covid) took a little bit of strength out of me. I was always short but not like 50 behind Nelly. I think apart from the distance, this year has been kind of the best I’ve had with my short game, my putting, the rest of my game has been fantastic. I think it’s been one of the best years,” she said.

With her mother, Maheshwari on caddying duties this week – her father was on the bag in Rio – Aditi has enjoyed their time together and even thinks her good run in Tokyo has been due to girl power. “She’s doing great. It’s funny, this is the best I’ve played all year. My dad’s enjoying watching me on TV and enjoys listening to Bones (Jim McKay) commentate on my game. So that’s been cool. My mom has obviously done a great job,” said Aditi.

She has received numerous support from back home, including from PGA TOUR star Anirban Lahiri who tweeted a message of support on Thursday. Irrespective of how she finishes tomorrow, Aditi knows her medal run in Tokyo has helped golf gain more golf fans in India.

“They’re like, Oh, the girl did well and that’s that (in Rio). But I think within the golfing population it definitely stirred up some interest because a lot more girls are trying to pick it up and either go to college golf or try and play Q-Schools, whether LET or LPGA,” said Aditi, who is a three-time Ladies European Tour winner and the lone Indian golfer on the LPGA Tour.