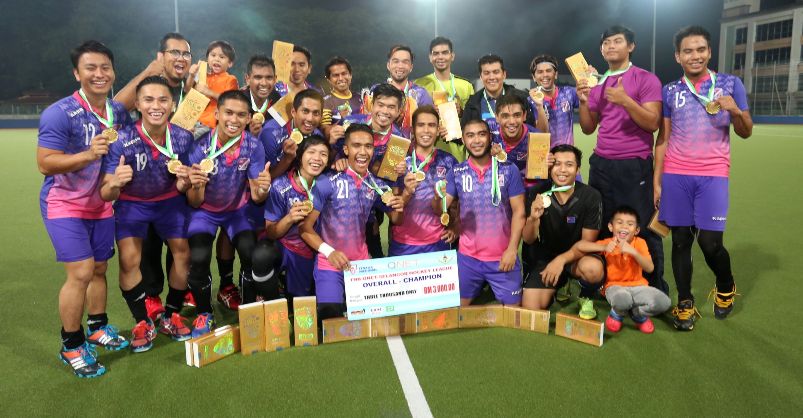 UiTM grabbed the Overall Title of the TNB-QNET-Selangor Hockey League 2016 securing the double with the Division 1 title for the second year running.

UiTM had to battle it out with a determined UPM-KPT side that fought tooth and nail to make it an exciting final game of the season.

UiTM had to rely on their depth and experience in playing the big games to pull off a victory.

Both teams started strongly trying to find an opening as they went back and forth in the first quarter. Both keepers were kept busy trying to keep a clean sheet as they went into the break scoreless.

In the second quarter, it was UiTM who took the initiative pushing UPM-KPT back with the attacks along
the sides. In the 22nd minute former national Iman Gobinathan’s strike at goal bounced off the UPM-KPT keeper’s pads and Mohd Aliff Mansor was quick to pounce on to the ball in the air and slam it home to give his team a 1-0 lead.

UPM-KPT regrouped and began to seek the equalizer but UiTM keeper Mohd Adi Fazri Ab Rahim was up to the task pulling off save after save as UPM-KPT could not find a way past the keeper and the disciplined UiTM defense led by Kavin Kartik Govindasamy.

UPM-KPT had the best chance in the 52nd minute to equalize but captain Mohd Redzuan saw his attempt hit the cross bar and cleared off the line.

In the 54th minutes Kavin Kartik Govindasamy sealed the win for UiTM with a direct penalty corner flick to the right corner that the UPM-KPT post-man could not save. UiTM held on to the two goal lead.

In the battle for 3rd and 4th placing, X-Hamzah lead by National Player Fitri Saari took the early lead against
MBPJ who fought back bravely to win 3-1 and the 3rd place. 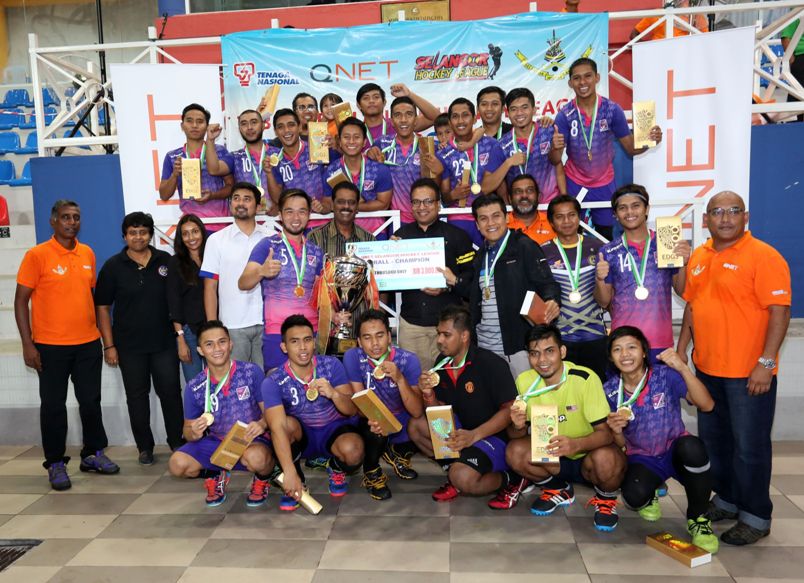