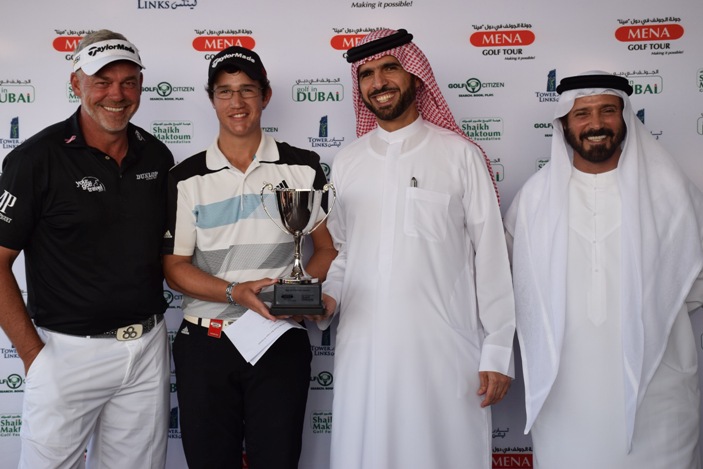 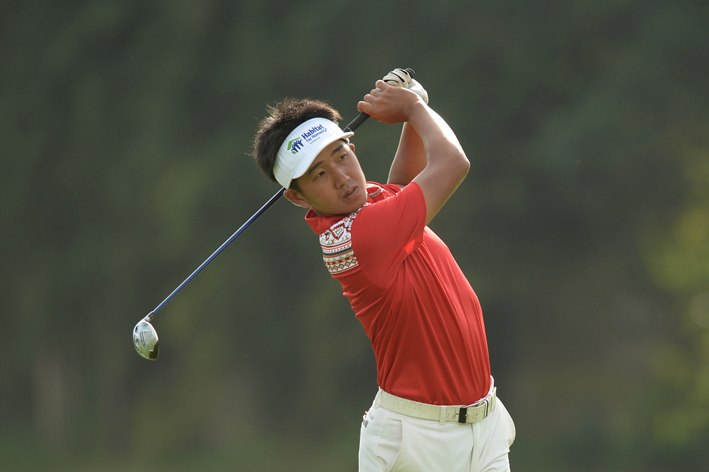 The tournament also announced the participation of Thriston Lawrence from the Middle East North African Tour (MENA) and newly turned professional, Low Khai Jei of Malaysia at the inaugural golf tournament that will be held at the Royal Selangor Golf Club (RSGC) from 18th – 21st February 2016.

The Maybank Championship Malaysia in 2016 will be one of only six events at which the European Tour members will participate in the Asian region. It is also one of only four tournaments that are co-sanctioned by the Asian Tour in 2016. The event will see a field of 156 players from around the world compete for a USD 3 million prize purse.

“With today’s announcement, another component of the player field make up for the Maybank Championship Malaysia, falls into place. The tournament is one of the richest co-sanctioned tournaments in the ASEAN region and is anexciting opportunity and valuable platform for both established champions and rising stars to make their mark.

Offering exposure, a priceless experience and world ranking pointsthat contribute to both The Race To Dubai and The Asian Tour Order Of Merit; it is part of our continuing efforts to ensure that professional golfers from the countries that we operate, especiallyin Malaysia and across ASEAN are afforded every opportunity to prove themselves as professionals and role models,” said Tan Sri Dato’ Megat Zaharuddin Megat Mohd Nor, Chairman of Maybank.

George Gandranata started playing golf at the young age of 13 and hasn’t stopped. During his college years at the prestigious University of California, Berkeley, Gandranatawon an Athletic Scholarship as a Division 1 golf player. He has also won numerous titles such as Freshman of the Year, 2-time MVP, 2-time All-Pac-10 and Pac-10 Post Graduate Scholarship. Gandranata turned professional in 2012 and has been honing his game through the Asian Development Tour (ADT), claiming silver and bronze medals in team and individual category respectively in the 2011 South East Asian Games.

“I am very honoured to be taking part in the Maybank Championship Malaysia. With it being a co-sanctioned event by both the Asian Tour and European Tour, I think it’s really a great opportunity for me. I am very happy to get into the tournament. Hopefully I can play well and make the event promoters feel that they made the right choice by inviting me to the championship. I’m thankful for this,” said George Gandranata. 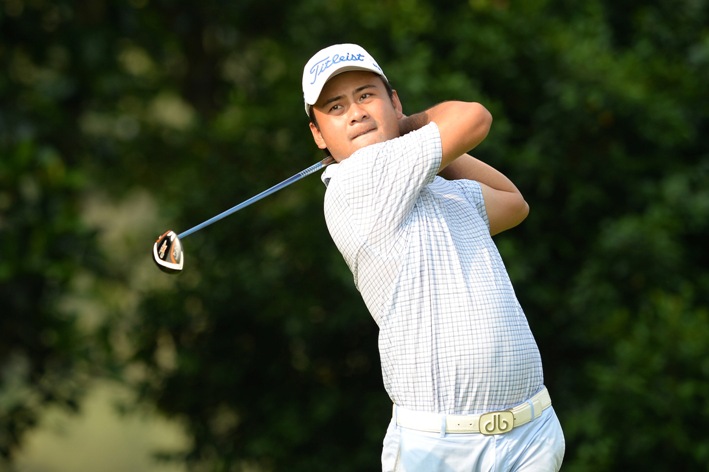 Currently ranked 104 on the Asian Tour Order of Merit, the Singapore Polytechnic graduate turned professionalin 2011. During his time as an amateur, Koh won the 2008 Malaysian Amateur Open. Further enhancing his skills through the ADT, Koh has had an impressive performance such as tying 3rdat the 2013 PGM MIDF KLGCC Masters and carding a second-place finish at the 2014 PGM LADA Langkawi Championship.

“I am very thankful for the opportunity and look forward to playing in the Maybank Championship Malaysia. I haven’t played at the Royal Selangor Golf Club before but I have been playing a lot on the Asian Development Tour (ADT) in Malaysia over the past couple of years. I hope the experience will help me when I tee off for this prestigious championship. I am planning to head there earlier to practise and familiarise myself with the golf course. It’s one of the biggest events on the Asian Tour Schedule and definitely a very important tournament for me. Missing out on the Asian Tour Qualifying School recently was disappointing but I will try to get back onto the Asian Tour by playing well in all the Asian Tour events that I can get into, such as the Maybank Championship Malaysia,” said Koh Dengshan. 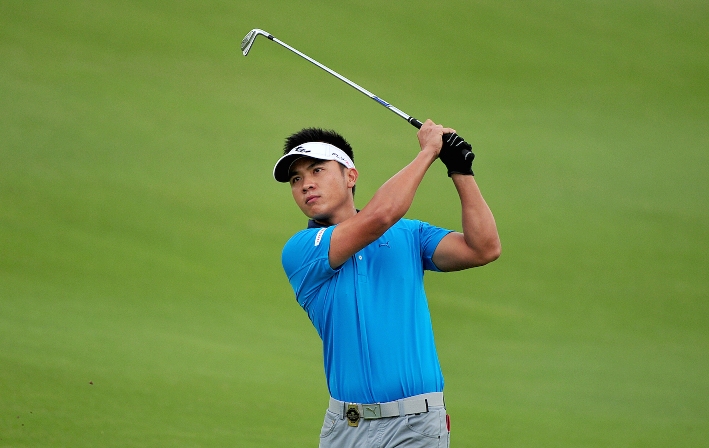 Tran is the first professional golfer in Vietnam to play on the Asian Tour. The lone flag-bearer from Vietnam started playing golf at age 13 and has won the 2008 Vietnam National Amateur Championship. A player on the ADT, Tran claimed his big breakthrough at the 2015 Ciputra Golfpreneur Tournament where he defeated Singapore’s Lam Chih-bing on the first playoff hole.

“I am looking forward to play in the Maybank Championship Malaysia. Winning on the ADT last year has been a great boost of confidence for me. The game’s feeling good at the moment and I hope to be able to play my best golf in Kuala Lumpur in February. Hopefully I can bring on my ‘A’ game over to that week and compete well against the top players from Asia and Europe. It’s my first time playing in a co-sanctioned event so I am really looking forward to it,” said Michael Tran. 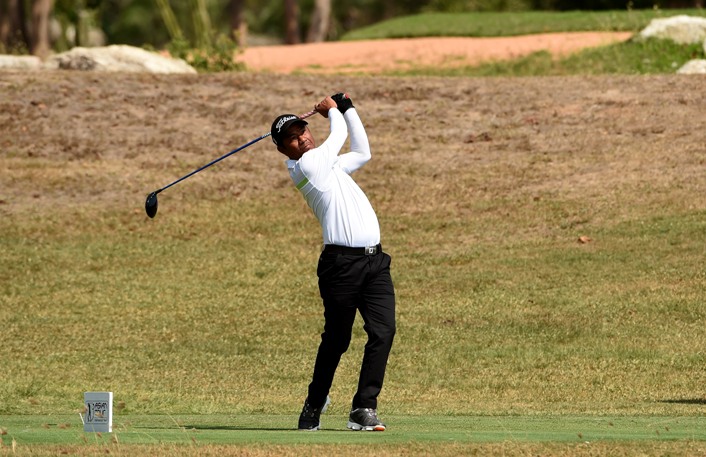 Latt carded a second-finish last year at the Myanmar Golf Tour and this reaffirmed his place at the top of Myanmar Golf Tour’s Order Of Merit. Latt has won a total of six victories at Bagan and Mandalay with two runner-up positions in 2014. On top of that, Latt has tucked two back-to-back victories at Hantharwaddy GC in Bago and Defense Services GC in Yangon under his belt.

Lawrence is one of the brightest stars among South African golfers and made his professional debut at the Scottish Hydro Challenge in 2014. Lawrence has previously won the MENA Tour Order Of Merit for 2015. The Mpumalanga-born player was the first to lift the Lytham Trophy. Lawrence is also the youngest two-time reigning South Africa Amateur champion, the first in 36 years to do so. 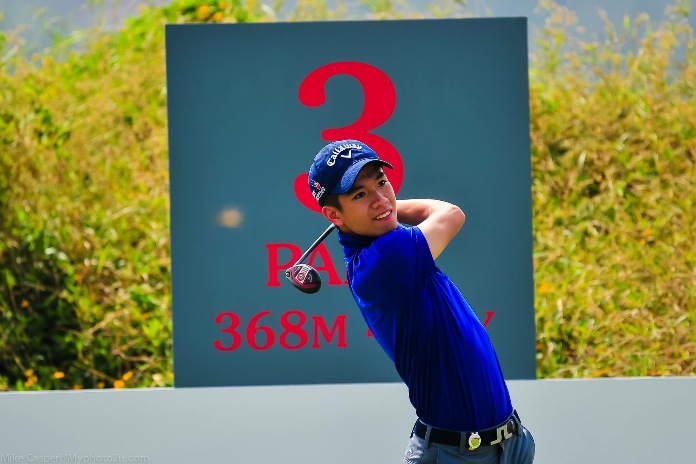 Early in January 2016, Low, whilst still an amateur, made the final two days of the Asian Tour Qualifying School. Though he did not make this season’s Asian Tour, the experience he gained would undoubtedly be invaluable for his profession in golf, especially now as a professional.