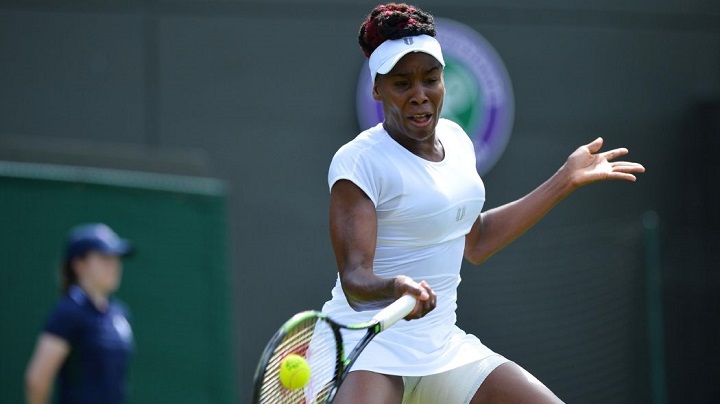 Williams, seeded eighth, was a surprise choice to play on one of Wimbledon’s smaller outside courts.

For a while, it seemed she might come to curse the decision of the All England Club schedule makers.

Venus hadn’t lost to a player outside the top 100 at a Grand Slam since a 1999 defeat against Barbara Schwartz at the US Open.

But the 36-year-old, the oldest woman in this year’s main draw, was teetering on the brink of an embarrassing second round exit when world number 115 Sakkari levelled at one-set all.

Williams, a seven-time Grand Slam winner, held her nerve to subdue Sakkari in two hours and 24 minutes and will play Russian 29th seed Darya Kasatkina or Spain’s Lara Arruabarrena for a place in the last 16.

Venus is firmly in the twilight of her career, having last won one of the four majors at Wimbledon in 2008, but she remains one of the most successful women in the tournament’s history, with eight singles final appearances.

She now has 78 Wimbledon match victories, second among active players behind her sister Serena Williams’ tally of 80. – Agence France-Presse