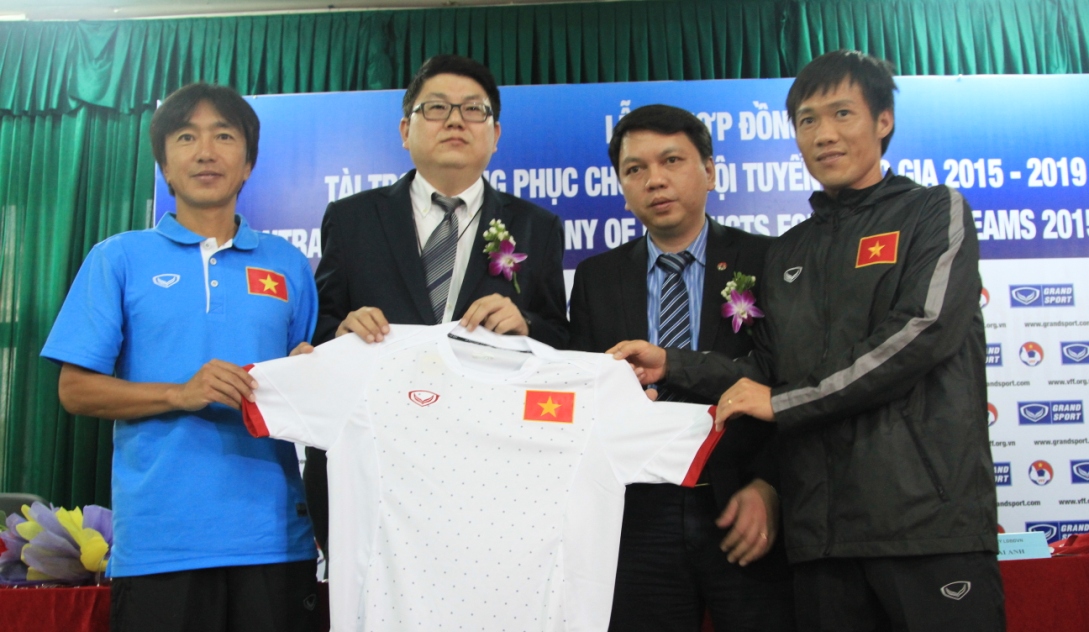 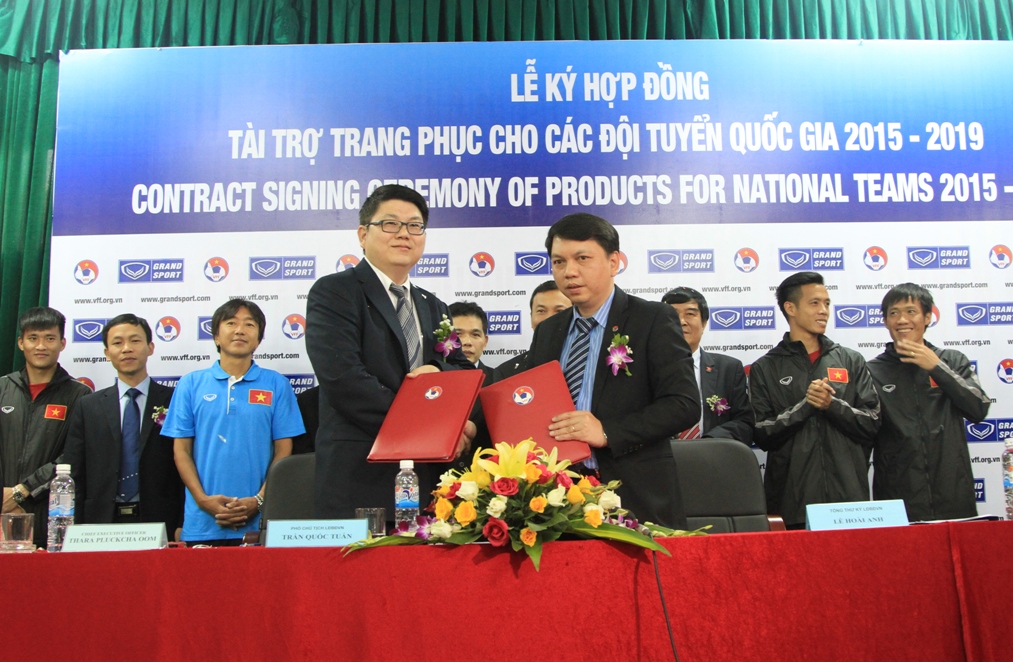 Grand Sport – Thailand’s biggest sportswear manufacturer – has been unveiled as the new kit supplier for Vietnam ahead of their challenge for the AFF Suzuki Cup this weekend.

The five-year-deal was unveiled this afternoon at the Vietnam Football Federation (VFF) headquarters and which was attended by Dr Tran Quoc Tuan, the vice president of the national body.

VFF general secretary Le Hoai Anh was on hand to sign the contract with Thara Pluckcha-oom, the chief executive officer of Grand Sport.

“We are very much honoured by the VFF for giving us this great opportunity to become the official outfit sponsor for the VFF,” said Thara.

“We would like to note that today will be the beginning of a fruitful collaboration between the VFF and Grand Sport and successful years to come.”