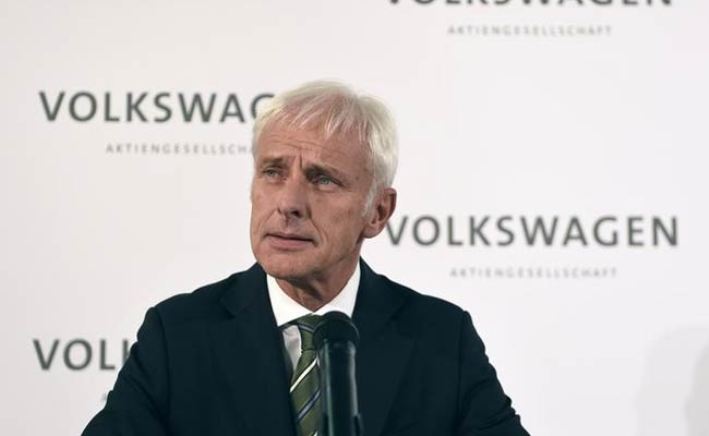 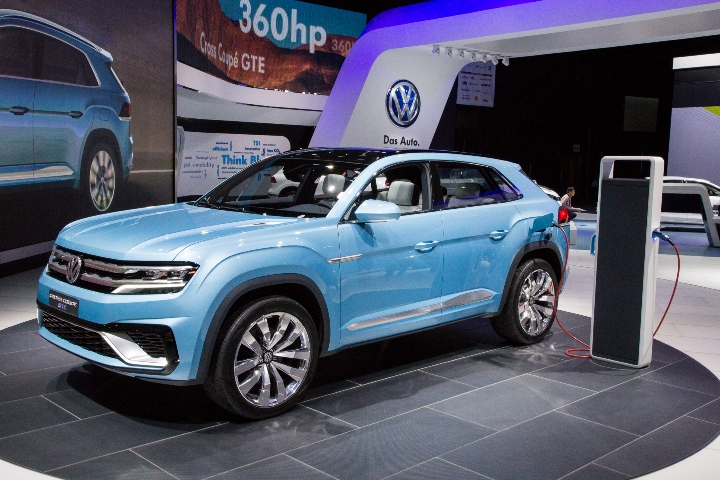 Volkswagen’s embattled chief used the Detroit auto show to apologize to the US public for cheating diesel car emissions tests while his rivals popped champagne over record US sales and a rosy outlook Sunday.

In his first official US visit since the scandal broke in September, newly-tapped ceo Matthias Mueller insisted the German auto giant is “fully committed to making things right.”

“We know that we have let down customers, authorities, regulators and the general public here in America,” the head of the German carmaker said at a media reception on the eve of the Detroit auto show.

“We are – I am – truly sorry for that and I would like to apologize once again for what went wrong at Volkswagen,” he added, stressing that “our most important task in 2016 is to win back trust.”

The Wolfsburg-based group admitted to installing software in around 11 million diesel cars of its VW, Audi, SEAT and Skoda brands worldwide that helped them evade emissions standards after US regulators discovered the problem.

The so-called defeat devices turn on pollution controls when the car is undergoing testing, and off when it is back on the road, allowing it to spew out harmful levels of nitrogen oxide.

Daimler chief Dieter Zetsche took a not-so-subtle dig at his rival Sunday night, telling reporters at a lavish party unveiling the new Mercedes E-Class luxury sedan that in contrast to “some German automakers” Santa “left a lot of candy in our stockings” in 2015.

“It’s obvious that the last year was not very nice for everybody and for some time the entire industry was affected by that,” he later told AFP.

“But there’s clear differentiation and we feel full confidence with our customer base and our stakeholders again.”

More than 40 new vehicles will vie for the attention of more than 5,000 journalists from dozens of countries during two days of official press previews at the North American International Auto Show Monday and Tuesday.

The Envision will be the first vehicle a major automaker has imported from China when it hits US showrooms later this year.

The luxury market will be crowded, with an all-new Porsche 911 Turbo set to debut alongside Volvo’s new S90 premium sedan, Ford’s much-anticipated updated Lincoln Continental and fresh models from BMW and Infiniti.

Korea’s Hyundai is hoping to replicate the success of Japanese rivals Toyota, Honda and Nissan by introducing a separate luxury brand, Genesis.

There will also be plenty of more practical vehicles unveiled, like the next generation of Chrysler’s Town and Country minivan, while Honda and Nissan will reveal new pickup trucks.

Nearly every major automaker is racking in huge profits after US auto sales hit a new record high of 17.5 million vehicles in 2015.

The boom times are especially sweet given that they come just six years after General Motors and Chrysler clawed their way out of bankruptcy after the financial crisis knocked US auto sales to 10.4 million in 2009, the lowest level in nearly three decades.

With sales expected to continue to accelerate in 2016, there’s plenty of room for others to profit as well.

The competition will, as always, be fierce.

“The American market is a healthy market, compared with what we’ve seen over the past 15 years, it’s no longer a market where we were concerned about the sustainability of growth,” Nissan chief Carlos Ghosn said.

But that growth is expected to be a modest one to two percent in 2016, Ghosn said.

“Even if the American economy is very dynamic and does well, there are nonetheless external pressures which are not all positive,” Ghosn told reporters at a reception late Sunday.

“There are several concerns about China, because of the volatility of the Chinese economy.”- Agence France-Presse