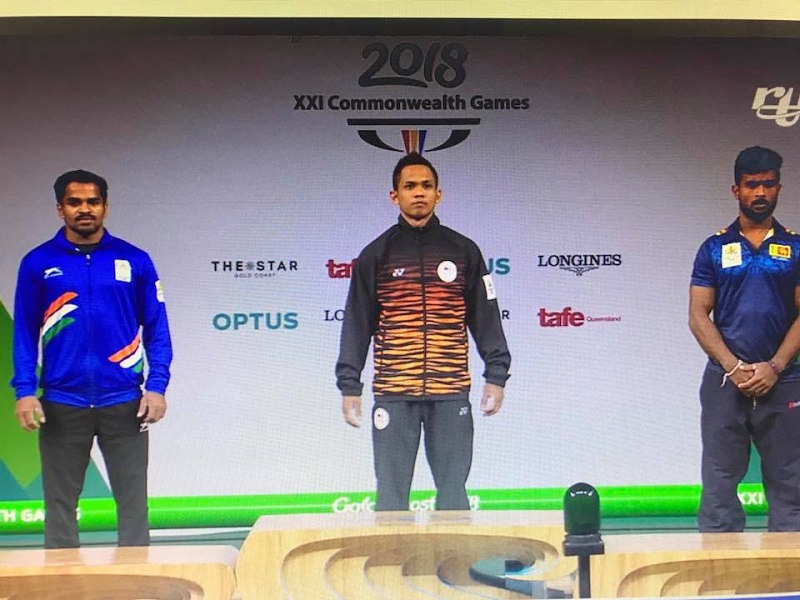 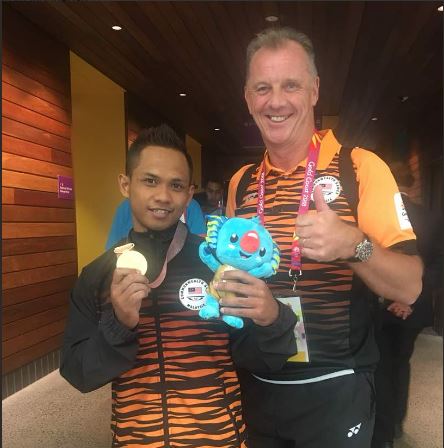 Gold Coast, Australia seems to be the perfect hunting ground for Malaysian weightlifter Azroy Hazal Wafie Izhar Ahmad when he not only won Malaysia the first gold at the 21st Commonwealth Games but also set the first record of the games in the Australian resort city on Thursday.
And it was more than a perfect birthday present for the lad from Rompin, Pahang who turned 24 on Wednesday – on the day the Games were officially opened by the Prince of Wales – Prince Charles – in a glittering ceremony at the Carrara Stadium.
En-route to the gold Azroy thus kept Malaysia’s rich tradition in the sport which began at the 1998 Commonwealth Games in Kuala Lumpur when Hamidun Hidayat struck gold in the 69kg category.
Azroy lifted 117 kilograms in the snatch for a new record. He later lifted 144kg in the clean and jerk in his third lift which gave him the gold with a 261kg total, which is his personal best, and an unbeatable lead.
India’s Guru Raja Poojary took the silver with a 249 total while Sri Lanka’s Chaturang Lakmal (248kg) settled for the bronze.
The old record stood at 260kg -achieved by Malaysia’s Amirul Hamizan Ibrahim at the 2002 Manchester Commonwealth Games. To share the joy was Amirul himself who is in Gold Coast as Azroy’s coach-manager.
Azroy also won the gold in Gold Coast in the Commonwealth Championships in September 2017 and was a strong favourite for the goldon Thursday.  BY RIZAL ABDULLAH