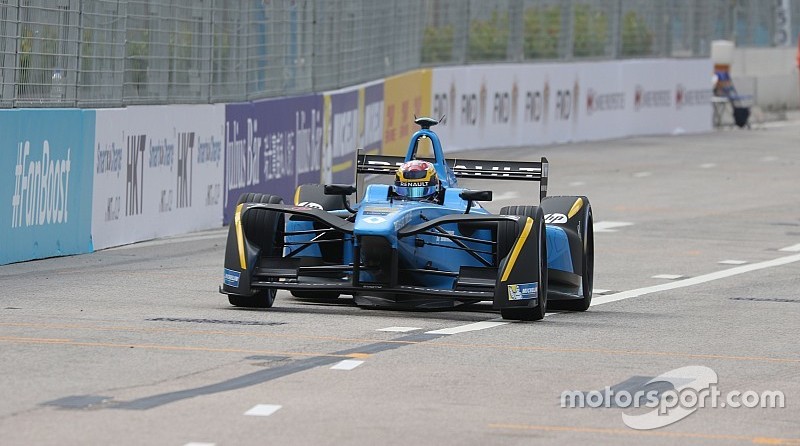 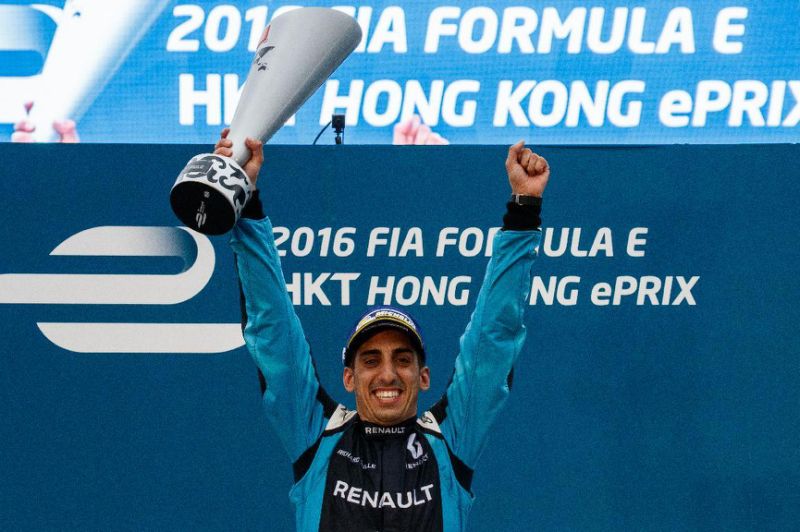 Reigning Formula E world champion Sebastien Buemi threw down the gauntlet to his rivals as he won the first ever Hong Kong ePrix after an incident-packed season-opener on Sunday.

The Renault e.dams driver started fifth on the grid but he powered through to win the 45-lap city-centre race by 2.477sec from Lucas di Grassi, who started second-last after a crunching crash in qualifying.

Di Grassi and Robin Frijns both came to grief at the same chicane in qualifying, forcing the cancellation of the usual Super Pole shoot-out for the first time in the all-electric series’ short history.

In a race with plenty of wheel-to-wheel action, NextEV drivers Nelson Piquet Jr and Oliver Turvey were leading until lap 17 when they came off at the same troublesome chicane, bringing out the safety car.

After the drivers had switched to their second race cars — as their batteries are not powerful enough for a full race — Switzerland’s Buemi emerged on top and put his foot down to the chequered flag.

Formula E, which aims to raise the profile and technological abilities of electric vehicles, is entering its third season, which consists of 12 races and also includes Buenos Aires, Paris and New York. – Agence France-Presse