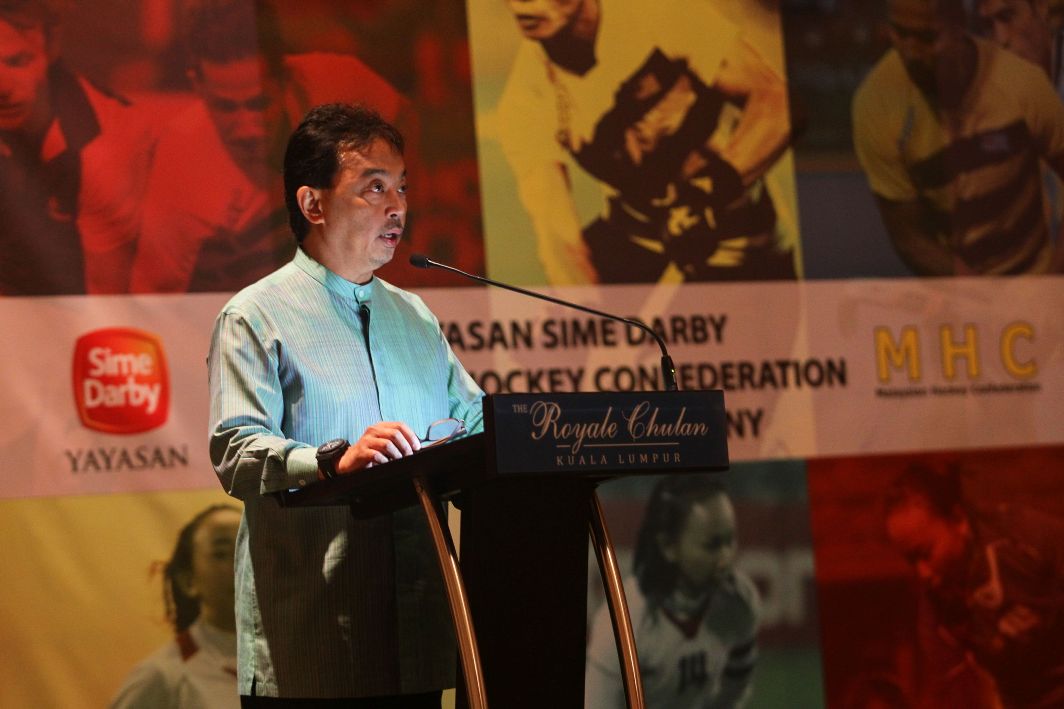 YSD’s sponsorship over a two-year period from July 1, 2014 until June 30, 2016 will among others, facilitate the senior national men and women teams participation in various local and international tournaments. The sponsorship will include subsidising the teams and officials’ flight tickets, accommodation, meals and the teams’ attire for competitions.

The primary objective of the sponsorship is to provide pertinent and relevant resources to ensure that the Malaysian hockey team qualifies for the 2016 Summer Olympics in Rio de Janeiro, Brazil.This would encompass enhancing the assistance extended to the men and women senior teams in their preparation for the upcoming 17thAsian Games in Incheon, South Korea. Both MHC and YSD have set a gold medal target for the men in the Asian Games which will serve as the continental qualifiers for the 2016 Rio Summer Olympics.

Commenting on the sponsorship, HRH Tengku Abdullah said, “MHC is indeed pleased to have such a great institution likeYSD coming on board as our partners. It is an invaluable contribution for us as MHC has drawn up a comprehensive training programme for the men and women senior teams which includes competitions abroad until 2016.”

“Fresh from competing in the Pahang Hockey Champions Challenge 1 in Kuantan, the men’s senior team faces two major challenges this year – the World Cup in Netherlands and the Asian Games. I believe with this support from YSD, we can now set the wheels in motion and surge forward,” added Tengku Abdullah.

Meanwhile, Datin Paduka Zaitoons aid, “Today marks a historic moment for YSD and MHC and we are proud tobe a part of the endeavour by our national hockey teams to reach for the stars and bring glory to the country through their participation in various world class competitions.

“The road to success is not always an easy one and we hope our support, contribution, commitment and faith in them will spur the men and women senior teams toclinchgold medals during the 2014 Incheon Asian Games, 2015 Singapore SEA Games, andultimately qualify for 2016 Rio Olympics,” she added.

The senior men’s team is currently preparing for the World Cup in The Hague, Netherlands while the women’s team which won the bronze medal at the 2013 Asian Champions Trophy in Japan will embark on qualifying for the World League Round 1 which will serve as the 2016 Rio Olympics qualifiers.

MHC has also identified several keys performance indicators (KPI) to be achieved at the end of the four-year period.

MHC will also organise12 coaching courses for Level 1, 2 and 3 as well as two technical courses and a High Performance Administrative Course. These courses are conducted for state coaches and administrators. It is also open to personnel from schools, universities, state associations or interested individuals embarking to become full-fledged coaches and administrators. The coaching courses are conducted by MHC conductors appointed by the Coaching Committee.

Under YSD’s ‘Youth & Sports’ pillar, YSD supports programmes that promote the all-round development of youths.In an effort to encourage world-class performance by athletes, the foundation provides resources to promote sporting activities to help youths realise their full potential and cultivate sportsmanship within the community and raise the standard of sports.

With a determination to create a diverse sporting talent pool in the country that will encourage, excite and entertainsporting fans, YSD has earmarked other sporting activities to supportincludingcricket, cycling, golf, gymnastics, lawn bowling, sailing, swimming and tennis.