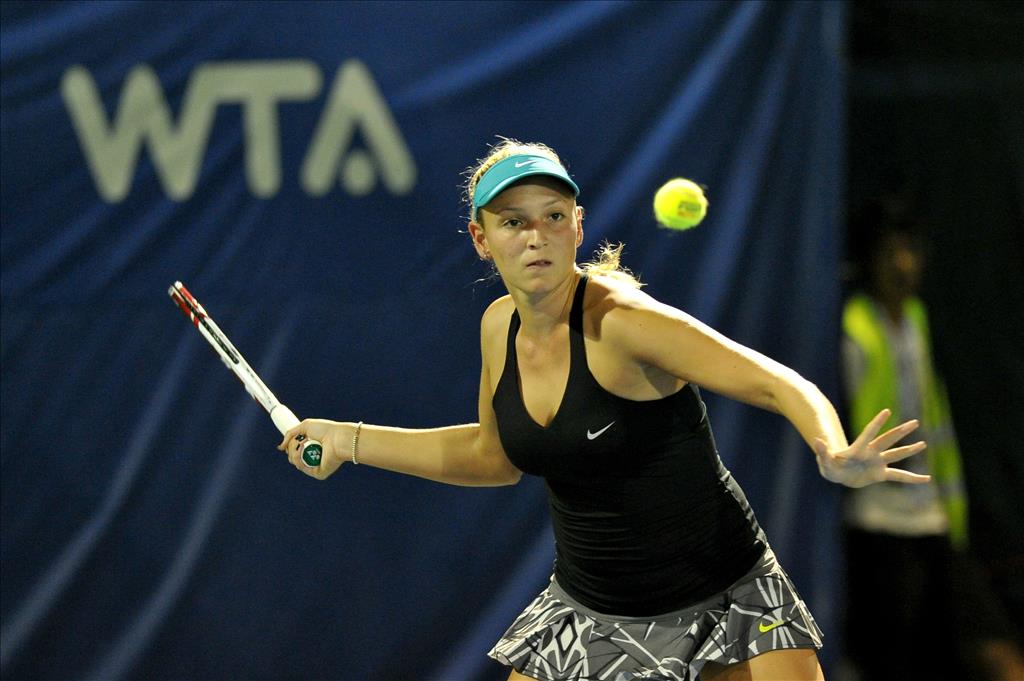 Top seed Dominika Cibulkova and seventh seed Donna Vekic will face off in the singles final of the BMW Malaysian Open at Royal Selangor Golf Club in Kuala Lumpur.

Dominika, who has won four WTA Tour titles, edged defending champion Karolina Pliskova of the Czech Republic 6-7 (3-7), 6-3, 6-3 in the semi-final match on centre court, which lasted more than two hours.

Despite calling for medical attention several times in the third set, the World No 75 Karolina gave Dominika a hard time in the match.

“I am delighted to qualify for the finals and hopefully I will achieve my second tour title of the season after Acapulco,” said Dominika.

Donna, the World No 95, bounced back from a first set blemish to reach her third career finals by overcoming second seed and World No 75 Zhang Shuai of China 1-6, 6-3, 6-4 in the other semi-finals.

The 17-year-old’s previous appearance in a final was in Tashkent (2012) and Birmingham (2013) but failed in both attempts to win her first career title.

The Croatian stands to become the youngest champion in the BMW Malaysian Open if she wins.

Donna started poorly in the first set as Zhang Shuai easily raced ahead for a 5-0 before closing it.

However, Donna returned stronger in the second set and took a dominant 5-1 lead but dropped the following two games. She then won the ninth game to force a decider.

The momentum was on Donna in the third set after she broke Zhang Shuai’s serve in the first game. However, Zhang Shuai ace stayed in the match to level at 4-4. In the ninth game, however, Donna broke and won the next game to seal her spot in the finals.

“I had a disappointing first set. It was funny the way it went especially in the opening three games, Zhang Shuai played a flawless game. I told myself before the second set that I had to up my game or else I would have smashed several racquets on the court,” said Donna.

Donna hopes to be third time lucky when she takes on Dominika.

“I’ve lost two finals and hopefully I will be third time lucky. I played Dominika in Indian Wells and lost the match. I want revenge,” Donna added.