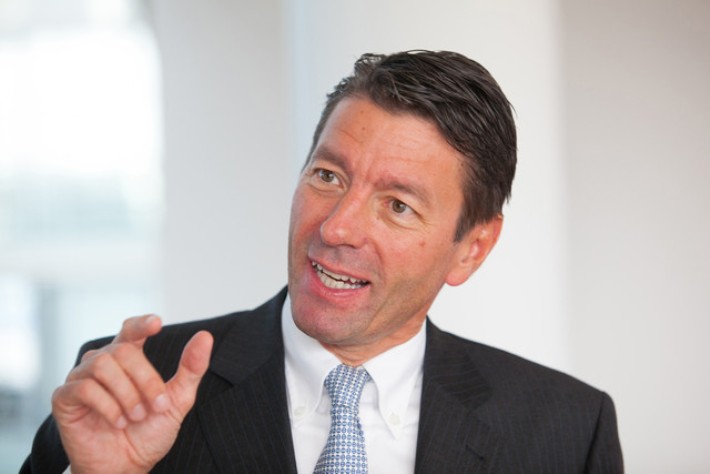 Adidas shares shot up on the Frankfurt stock exchange on Monday after the German maker of sportswear and equipment announced its chief executive would be leaving early and replaced by Henkel CEO Kaspar Rorsted.

Adidas shares far outpaced the blue-chip DAX 30 index, soaring 10.31 percent to 92.67 euros shortly after midday, after the company said that Rorsted would take over from Herbert Hainer in October this year.

“Kasper Rorsted, 53, currently chief executive officer of Henkel, is to succeed Herbert Hainer, 61, as CEO of Adidas,” the sports shoe maker said in a statement.

“It’s very positive. (Rorsted) is someone who did a very good job at the helm of Henkel,” said Cedric Rossi, stock analyst at Bryan Garnier.

Henkel, the maker of consumer chemicals such as Persil washing powder, Loctite glue and Schwarzkopf shampoo, said that Rorsted, in charge since 2008, would be stepping down at the end of April.

Henkel said its supervisory board had “agreed unanimously and by mutual agreement to Kasper Rorsted’s request to prematurely terminate his position” as CEO as of April 30.

The 53-year-old Dane would be replaced by board member Hans Van Bylen, the statement said.

Rorsted’s contract had originally been scheduled to run until 2017.

Adidas subsequently issued a statement of its own to announce that Rorsted had now been appointed as its new CEO starting in October 2016, where he would take over from Hainer, 61.

At an extraordinary supervisory board meeting on Monday, Rorsted “was appointed as ordinary member of the executive board effective August 1, 2016 and CEO of Adidas effective October 1, 2016,” the statement said.

“After a two-month transition period, Herbert Hainer will relinquish his executive board mandate effective September 30, 2016.”

Originally, Hainer’s contract had also been scheduled to expire at the end of March 2017.

Henkel shares were the biggest losers on the Frankfurt exchange, showing a loss of 4,5% at 89.32. – Agence France-Presse