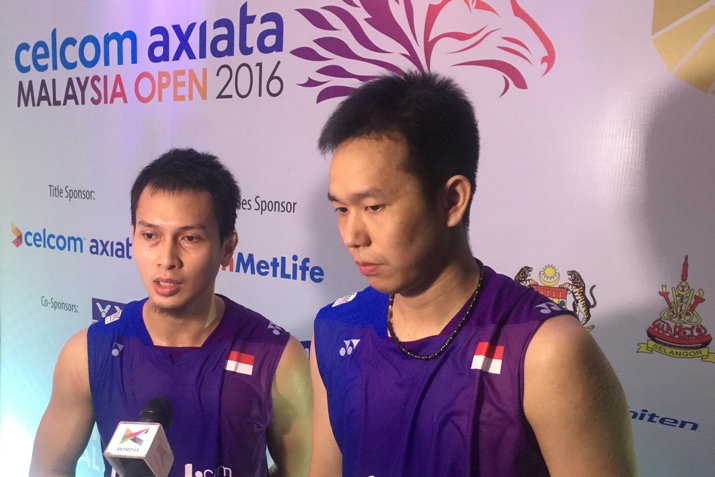 Mohammad Ahsan said this week that his partnership with Hendra Setiawan is still a little out of synch following their defeat in a simulation match that was held this week.

The world No. 2 lost to test pair Mohd Reza Pahlevi Isfahani-Muhammad Rian Ardianto 23-21, 13-21, 16-21 in a Tokyo 2020 Olympic simulation match that was held at the PBSI Cipayung National Stadium in East Jakarta.

“It must be admitted that the opponents played quite well,” said Ahsan in a Press Release.

“Besides that, we have not found the pattern of play we want. From here we can learn to be better prepared in the future.”

Added Hendra: “For us, this match is very good. So we can evaluate our shortcomings. In the remaining two and a half weeks before leaving (for Japan), we will fix all these issues.”

The badminton event at the Olympic Games starts on 24 July 2021.