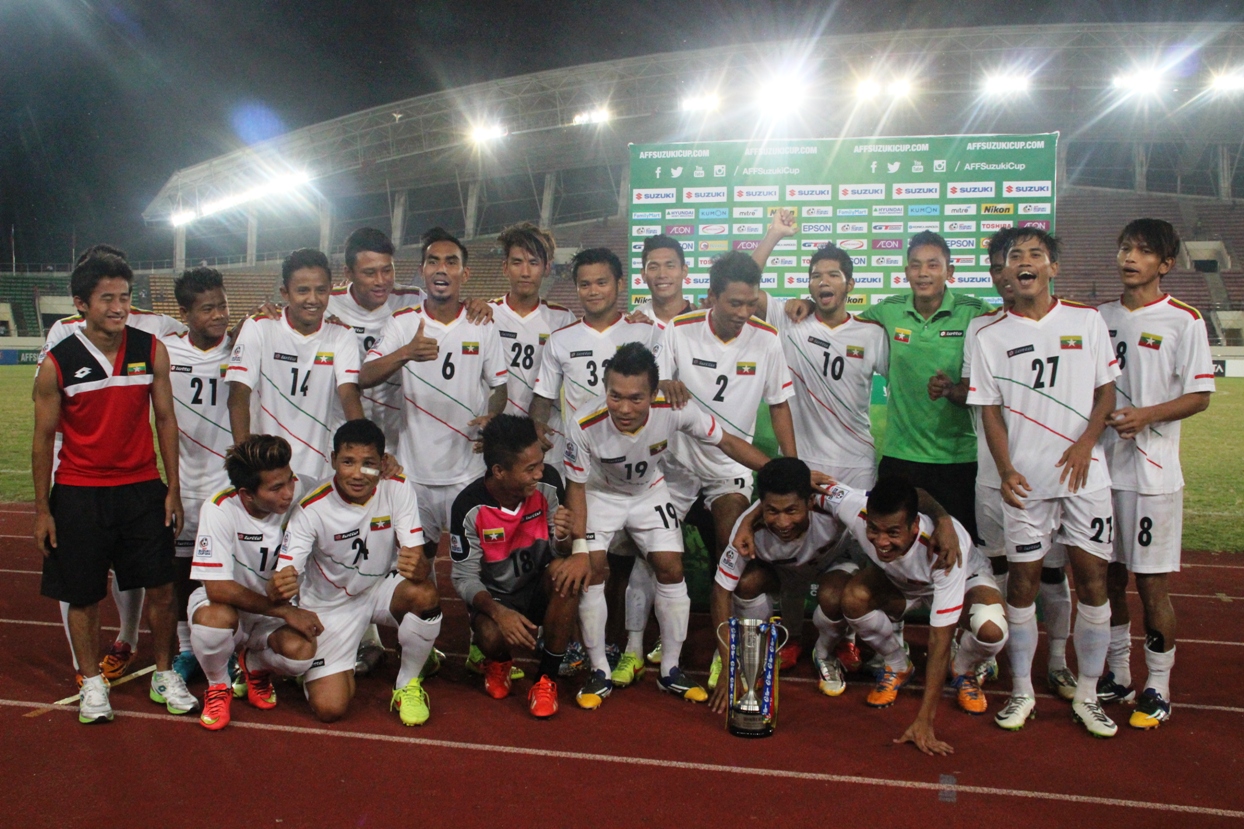 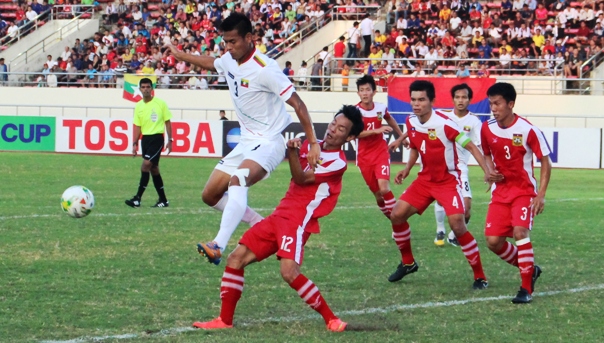 Myanmar overcame hosts Laos 2-1 emerged winners of the AFF Suzuki Cup  qualifying competition here to book their place in Group B of the final round along with defending champions Singapore, Thailand and Malaysia.

While Myanmar have a tough battle on their hands in the final round, Laos will have an equally difficult task when they face Vietnam. Indonesia and the Philippines in Group A. The opening match of the AFF Suzuki Cup final round will be Nov 22 in Hanoi.

“It was certainly good to win even though we struggled somewhat in the first 20 minutes of the game,” said Myanmar coach Raddy Avramovic.

“We are in a strong group for the qualifiers but it was always going to be difficult either way. So we will really have to look at our planning in the next month.”

In tonight’s match at the National Sports Complex Stadium here, Myanmar turned up all fired up for a fight and gave the hosts a tough time from the start. Just as the first half was about to end, Myanmar stunned the home fans with a superb strike from Nanda Kin Kyaw Chit Myanmar two minutes from the break.

Laos had a golden opportunity to equalize but Souk Aphone Vongchiengkham, who had been the hero in previous matches here, failed to convert the penalty awarded to them on the hour mark. The striker would be upset with himself for the miss as Myanmar added a second through Kyaw Ko Ko who scored from the spot. Myanmar were awarded the penalty after Saison Khounsamnan brought down Ko Ko in the box.

Laos piled on the pressure after the second goal and after some new misses struck it right ten minutes from time when they picked up their second spot kick for night. This time, skipper Ketsada Souksavanh whipped it in. Some Myanmar players protested the penalty and two were booked – Zaw Min Tun and Kyi Lin.

“We did not play well at all in the first half,” added Laos David Booth. “We were missing several players and that made the difference. We have a lot of optimism from this qualifying round, so now it is a question of building on that.”

With today’s win, Myanmar are the only unbeaten team in the tournament and finished with 10 points in the bag with Laos coming in a close second with nine.

Meanwhile at the Chao Anouvong Stadium, Cambodia edged Brunei 1-0 to finish the qualifying competition third overall behind Myanmar and Laos. In the first half, Cambodia had several chances but nothing that was really threatening. After the first attempt from Brunei’s Adi Said in the ninth minute, it was Cambodia who shifted into attack mode.

Khuon Labroravy missed two shots in the 10th and 24th minutes while Sos Suhana watched in vain as his low shot was saved by the keeper.

In the 38th minute, Prak Mony Udom, from a freekick, blew his shot way over. Brunei had the best chance of the half in the last minute when Mohd Hendra Azam crossed to Adi, who then set-up an unmarked Shahrul Rizal in the centre. But in his haste to score, Shahrul miskicked what should have been the opening goal.

After the break, Cambodia finally snatched the lead in the 59th minute when Chhin Chhouen broke through to smash the ball home. They should have doubled the score in the 73rd minute but Prak Mony’s shot went just wide.

Cambodian coach Lee Tae Hoon was happy that his team won their match today but was not too pleased with the fact they failed to advance.

“I’m happy with the way the boys played today, they fought hard and won. But we did not achieve our target here to qualify,” said Lee.

Brunei coach Stephen Kean said the team had a good chance take the lead but did not score.

“In every game that we’ve played we have created chances and put ourselves in positions where we could have won.”