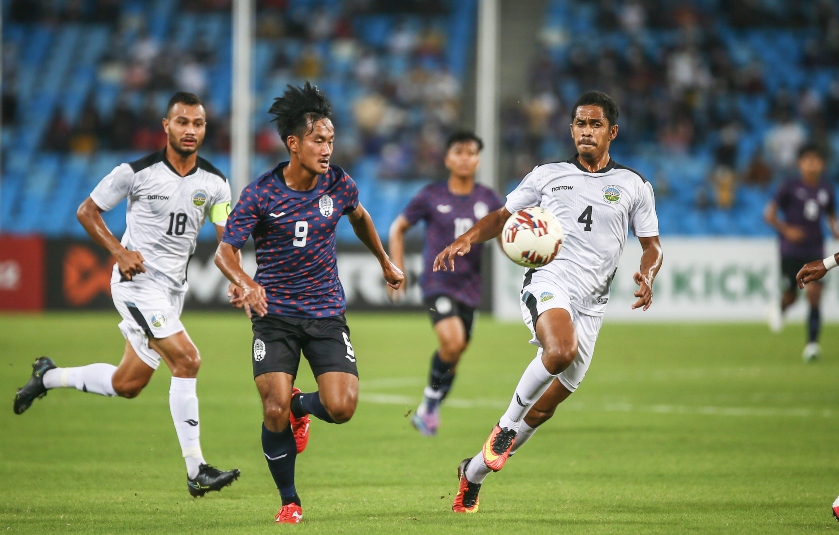 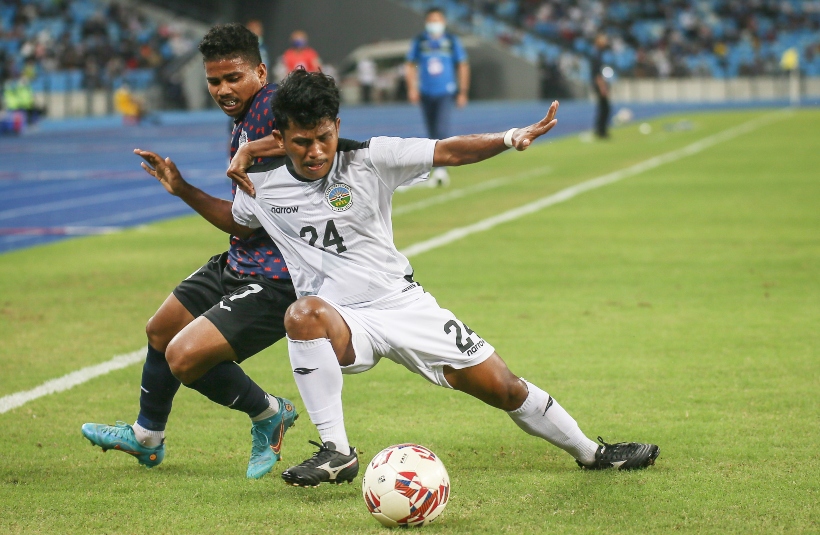 An own goal early in the first half was enough for Timor Leste to win Group A following their close 1-0 win over host Cambodia in the final group fixture that was played this evening at the Morodok Techo National Stadium.

With the Philippines edging Brunei 2-1 in an inconsequent tie of the group across town at the Prince Stadium, homesters Cambodia were expecting to win the group phase on a high after picking up the full points in their first two matches.

But it was not to be when defender Yue Safy headed in an own goal in the 18th minute off a rifling shot from Filomeno Da Costa to hand Timor Leste the victory and the group.

“I am so happy and these boys deserved it (to make the semifinals). We have been working with this team for the past two years. We have our moments in the first half and we could have scored some goals. Cambodia controlled the second half but they did not have any real chance,” said Timor Leste head coach Bruno Maciel.

Cambodia threw everything they had at their opponents well into the second half but the Timor defence held their own as they fended off the onslaught for them to pick up their second full points in Group A.

In so doing, Timor Leste won Group A with seven points while Cambodia will now have to wait for the outcome of the match between Thailand and Vietnam in two days to see if they have the chance to make the cut to the semifinals this year.

“It was a very tough and difficult game as compared to our previous matches. We were not able to calm down and could not work our system, and that made things hard for us in the second half,” said Cambodian head coach Hirose Ryu. 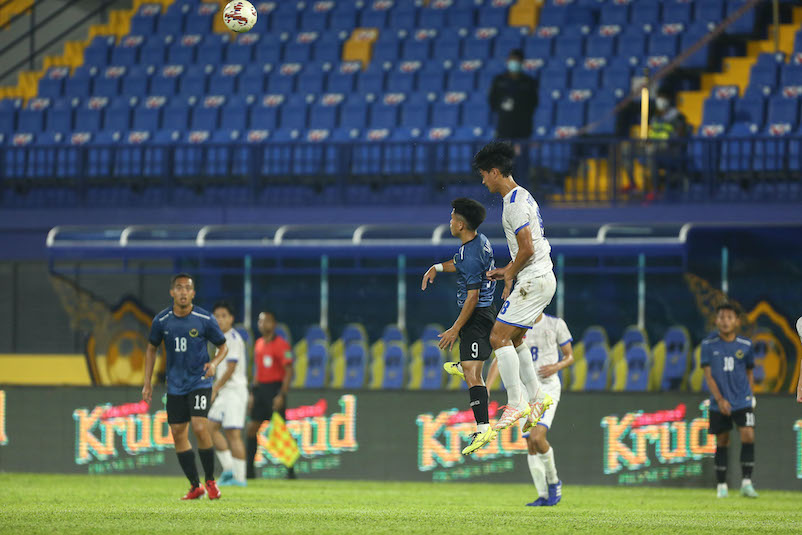 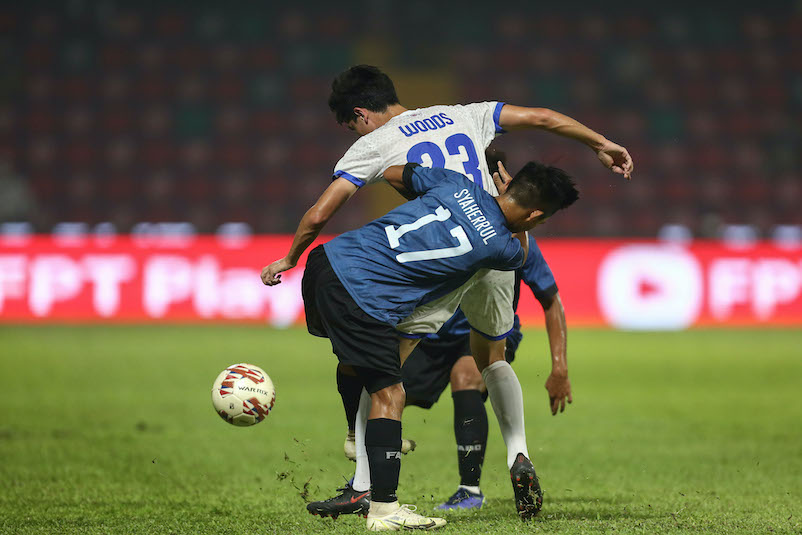 In the meantime, the Philippines ended their campaign in the tournament this year on a positive note when they beat Brunei DS 2-1 at the Prince Stadium.

In spite of both teams having no chance to make the next round, it still did not deter them from putting up a highly entertaining game.

And while Brunei put up a better performance than they had done in their previous two games, still it was not enough to deny the Philippines the full points and their first win.

The Philippines were on target off Dennis Chung who pounced on a corner in the 48th minute as Sandro Reyes then made good from close ten minutes later.

Brunei pulled a goal back through Muhammad Hakeme Yazid Zaid in the 59th minute but it was not enough to inspire them to steal the one point.

“We made hard work of this game. We created chances but we missed many of them. We scored two goals but we let Brunei come back. At the very least, we finished the competition on a high with some players making their international debut,” added Philippines head coach Stewart Hall.

Added Brunei head coach Aminuddin Jumat: “it was an amazing game. The boys worked hard and it was an improvement from their last two matches. “