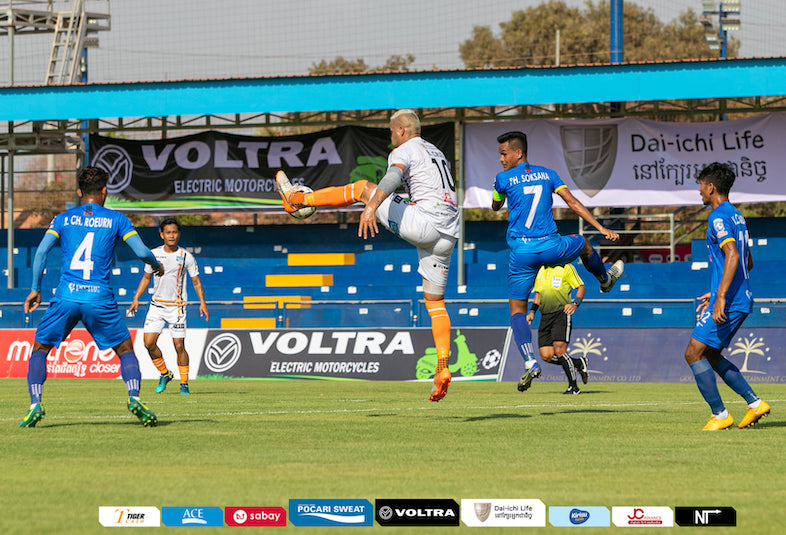 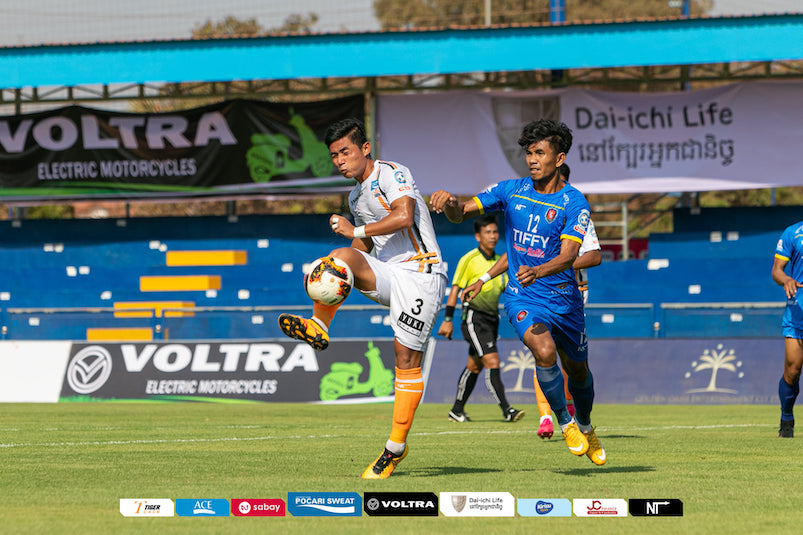 Angkor Tiger FC have taken the lead at the top of the Metfone Cambodian League (MCL) 2021 following their slim 3-2 victory over Tiffy Army FC in the only match that was played yesterday.

As Tiffy Army were chasing their second win on a trot, it was Angkor Tiger who emerged triumphant with all goals coming in the first 45 minutes.

Angkor Tiger were ferocious, to say the least as they ramped to a 3-0 lead in the first 40 minutes with goals off Long Phearath in the 18th minute, Maksim Taleyko (24th) and Tang Pisey (37th).

Tiffy Army would then fought back through Cristiano Santos (44th) and Narong Kakada (45th) for the final 3-2 scoreline as the second half stayed scoreless.

With the win, Angkor Tiger moved up to the top of the standings with seven points ahead of Phnom Penh Crown FC (6 points) and second-placed Preah Khan Reach Svay Rieng FC (6 points).