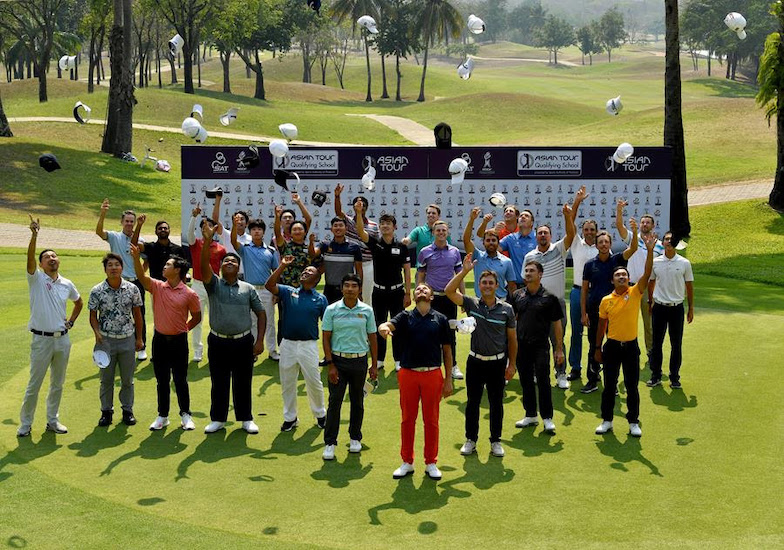 The Asian Tour Qualifying School will return after a break of nearly two years, giving players from all over the world the opportunity to secure much sought-after playing privileges for the Asian Tour’s 2023 season.

The Asian Tour has seen a recent resurgence with several new highly lucrative tournaments added to its tournament schedule. However, the playing membership has not seen a reshuffle since the 2020 season with members who secured playing rights from that season retaining their status through the end of the 2022 season. The Qualifying School was not staged in 2021 and 2022 because of disruptions caused by the COVID-19 pandemic.

The last version of the Asian Tour Qualifying School, held in Thailand in 2020, saw Zimbabwean Benjamin Follett-Smith top the class. Korea’s Bio Kim and Taehoon Ok, both winners on Tour this season, as well as South African standout Ian Snyman, also came through the Qualifying School that year.

The Final Qualifying Stage, which will see the top-35 finishers earn their coveted Tour cards, will take place at Lakeview Resort & Golf Club in Hua Hin, Thailand, from January 18-22; while that will be preceded by five First Stage Qualifying events, including a first in the United States, which will signal the start of Qualifying School.

The United States stage will take place at Oakcreek Country Club in Arizona from November 15-18, 2022, and will mark the first time the Asian Tour has visited the country.

Players entering the First Qualifying Stage will be on a first come first served basis, with the top-placed finishers progressing to the Final Stage.

The Final Qualifying Stage will be played over five rounds. The top 140 (and ties) after 36 holes will progress to rounds three and four. The top 70 players (and ties) after 72 holes will play in the pivotal final round, which will be held on January 22. At the conclusion of 90 holes, the top 35 will be ranked accordingly for the 2023 season.

Said Cho Minn Thant, Commissioner and CEO, Asian Tour: “The Asian Tour Qualifying School is the gateway to the Asian Tour and a critical component of our platform.

“The fact that we are able to hold the Qualifying School once again after a lengthy break is a strong indicator that the Asian Tour is fully back on track and well and truly in position to follow through with the most exciting period in our history.”

“The Asian Tour is committed to providing a multi-tier platform for professional golfers, with the Qualifying School being an integral part of this,” added Cho.

“So many of our most prominent golfers have been successful at the Qualifying School and have gone on to achieve great things in the game – such as Thailand’s Thongchai Jaidee (1999) and Kiradech Aphibarnrat (2009), Australian Scott Hend (2007), and American John Catlin (2018). I am sure the next edition of the Qualifying School will see the emergence of more Asian Tour stars of the future.”