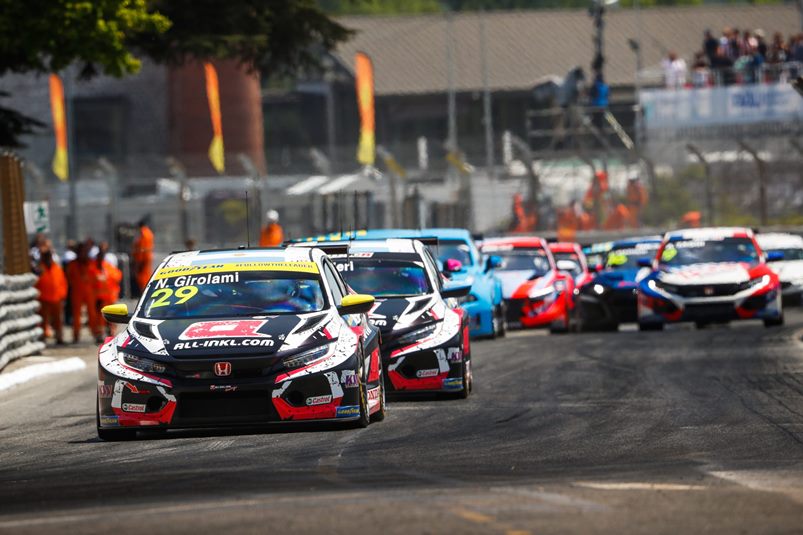 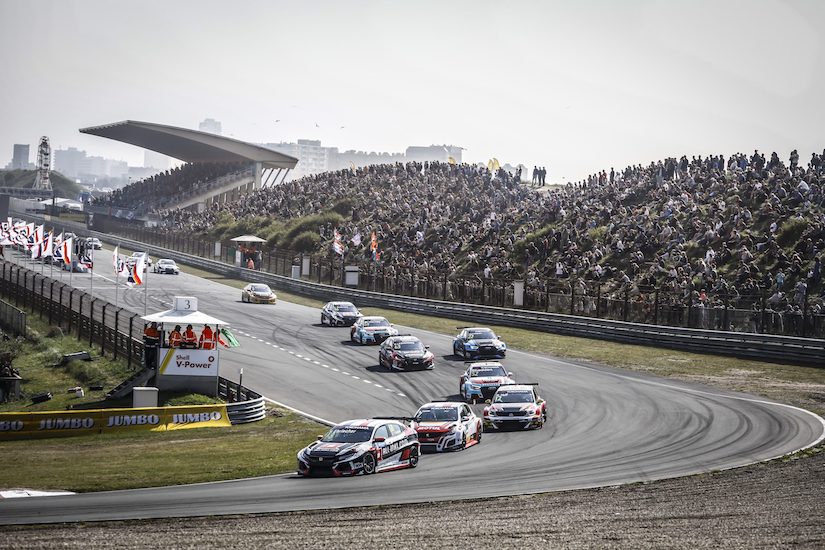 The 2022 WTCR − FIA World Touring Car Cup will be decided by two events in the Middle East when Bahrain and Saudi Arabia host the all-action series from Discovery Sports Events and the FIA for the first time later this season.

With the full support of the Bahrain Motor Federation and Saudi Arabian Automobile and Motorcycle Federation respectively, WTCR Race of Bahrain is scheduled to take place from November 10-12 as part of the FIA World Endurance Championship 8 Hours of Bahrain weekend, with the WTCR Race of Saudi Arabia night race event following from November 25-27.

WTCR Race of Bahrain and WTCR Race of Saudi Arabia join the 2022 WTCR calendar in place of the planned Asia leg of races in China, Macau and South Korea that could not go ahead this year due to restrictions resulting from the global health pandemic. The calendar changes were approved by the recent meeting of the FIA World Motor Sport Council and represent a big opportunity for the WTCR, which has never previously visited the Middle East, a key motorsport hub.

Adding Bahrain International Circuit and Jeddah Corniche Circuit to this season’s schedule means the 2022 WTCR title chase will be decided at two Formula One Grand Prix venues built to FIA Grade One standards of safety. With the WTCR joining the FIA World Endurance Championship event in Bahrain, two FIA world-level competitions will appear on the same timetable.

Indeed, the inaugural WTCR Race of Bahrain, which is being organised in partnership with WEC promoter Le Mans Endurance Management, will feature one race on Friday November 11 with the second race following on the morning of Saturday November 12 prior to the 8 Hours of Bahrain WEC season finale getting underway later in the day. The inaugural WTCR Race of Bahrain will use Bahrain International Circuit’s full 15-corner, 5.412-kilometre Grand Prix Circuit layout.

The WTCR’s first visit to Saudi Arabia, meanwhile, brings international touring car action to the country for the first time for an exciting pair of night races promoted by Saudi Motorsport Company. The series will be the first to use an alternative 3.450-kilometre track, which has recently been homologated and selected due to its design being tailor-made for bumper-to-bumper, doorhandle-to-doorhandle FIA World Touring Car racing.

WTCR Race of Bahrain will count as Rounds 15 and 16 of the 2022 season, while WTCR Race of Saudi Arabia will form Rounds 17 and 18. The decision not to add a third replacement event as Rounds 19 and 20 was taken following consultation with the teams and is based purely on financial considerations.

Alan Gow, FIA Touring Car Commission President, said: “Having two world-class venues such as the Bahrain International Circuit and Jeddah Corniche Circuit joining the WTCR − FIA World Touring Car Cup calendar is a positive development for the series. It’s also great to finally have a joint event with the FIA World Endurance Championship. Despite obvious differences in cars and race durations, touring cars and sportscars belong to the same family of closed-cockpit racing. There have always been crossovers between the two and drivers tend to switch from one discipline to another. This will also be something special for the fans, the media and should offer both promoters the opportunity to do some interesting promotional activities.”

Jean-Baptiste Ley, WTCR Director, Discovery Sports Events, said: “When it became clear that ongoing travel restrictions caused by the global health pandemic made going ahead with the planned Asia leg impossible, we switched our focus to the alternative calendar options we had been working on in parallel. The opportunity to race in a new but important region for the series at two world-class venues was therefore extremely appealing and we were very pleased to finalise the inaugural WTCR Race of Bahrain and WTCR Race of Saudi Arabia to take place this November.

“We thank the FIA, the Saudi Arabian Automobile and Motorcycle Federation, Saudi Motorsport Company, and in the case of the Bahrain event, the Bahrain Motor Federation, Bahrain International Circuit and our partners at ACO through Le Mans Endurance Management. We already work in close collaboration with the ACO on the 24 Heures Motos, a round of the FIM Endurance World Championship for motorbikes that we also promote, and we are delighted to extend this alliance into another category.

“We also thank DHL, our official logistics partner, and the WTCR’s other key stakeholders, particularly the teams, drivers, customer racing departments and suppliers for their unwavering support and patience. We can now look forward to what we firmly believe will be an exciting and fitting conclusion to the 2022 season and we very much hope our fans enjoy the show.”

Sherif Al Mahdy, Chief Commercial Officer at Bahrain International Circuit, said: “It’s a great honour for us to host WTCR for its debut in the Middle East and also the first time it will appear alongside the World Endurance Championship. The unique combination of touring car and sportscar racing will make for an exciting spectacle for fans in Bahrain and across the world and we look forward to welcoming participants later this year.”

HRH Prince Khalid Bin Sultan Al Abdullah Al-Faisal, President of the Saudi Automobile and Motorcycle Federation and Chairman of the Saudi Motorsport Company, said: “We are thrilled to host the FIA World Touring Car Cup for the first time later this year and are immensely grateful to the FIA and Discovery Sports Events for helping to make this happen. The arrival of another racing series of global stature in Saudi Arabia confirms the extent of the Kingdom’s transformation into a centre for motorsport in the region and further speeds up the rate of progress we are seeing as a result of hosting such major events. This year alone we have been home to the Dakar Rally, Formula E and Extreme E events. Additionally, we hosted Formula 1 for the second time at the Jeddah Corniche Circuit in March. We now look forward with great excitement to continuing this run of success by staging the FIA World Touring Car Cup season finale on our newly configured circuit.”

WTCR title race wide open heading to the Middle East
Following the inaugural WTCR Race of Alsace GrandEst at Circuit l’Anneau du Rhin, which took place from August 6/7, Mikel Azcona is the Goodyear #FollowTheLeader with a 35-point advantage in the provisional title order. However, with a maximum of 65 points up for grabs at each event, the winner of the 2022 WTCR title is far from decided as the series continues its summer break. The WTCR − FIA World Touring Car Cup for Teams is also far from settled and is currently being led by BRC Hyundai N Squadra Corse.

Sea freight provides sustainable transportation option for WTCR
The WTCR cars, spares, tyres, fuel and other equipment will be transported to the Middle East by sea freight in line with Discovery Sports Events’ commitment to utilising the most sustainable travel option available under its obligations as a holder of the FIA’s Three Star Environmental Accreditation. This was issued in May 2021 following a rigorous auditing process in line with the motorsport world governing body’s Environmental Certification Framework. All logistical operations are being managed by the WTCR’s official logistics partner DHL.