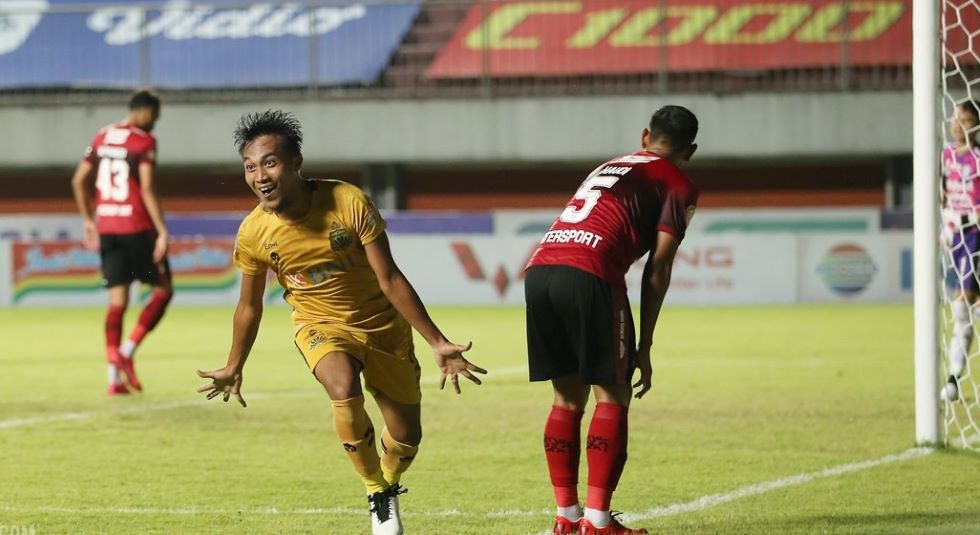 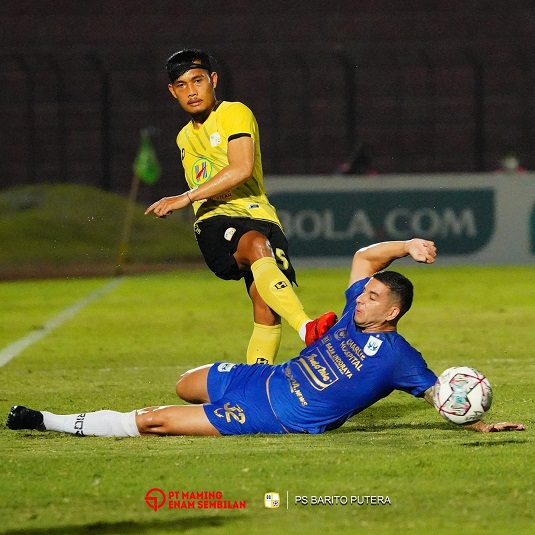 Bhayangkara FC emerged victorious in the battle of former champions when they dumped Bali United 2-1 at the Maguwoharjo Stadium.

Bhayangkara, who has been in the lead since the end of last month, maintained their hold of the top spot with just a point lead over second-place PSIS Semarang.

Defender Anderson Salles had converted a penalty for Bhayangkara in the 19th minute Bali’s favourite son Ilija Spasojevic slammed in the equaliser a minute later.

But Muhammad Hargianto would have the final say in the match with the winner just six minutes after the restart.

And to compound the loss for Bali United further, they had to play with a man less from the hour mark when defender Willian was given his marching orders after picking up his second yellow card.

In the meantime, PSIS Semarang kept up the pressure at the top with a slim 1-0 win over Barito Putera.

The only goal of the game came off Jonathan Cantilana with eight minutes left on the clock.

On the other hand, Persib Bandung stayed third following their 4-2 victory over PSS Sleman.

It was Sleman who drew first blood with the first goal of the game in the 34th minute through Nemanja Kojic.

But Persib got their act together after the break with a brace each from Wander Luiz’s (55th, penalty and 82nd minute) and Muhammad Rashid (57th and 62nd).

Sleman’s second goal was scored by Irfan Jaya in the 86th minute. 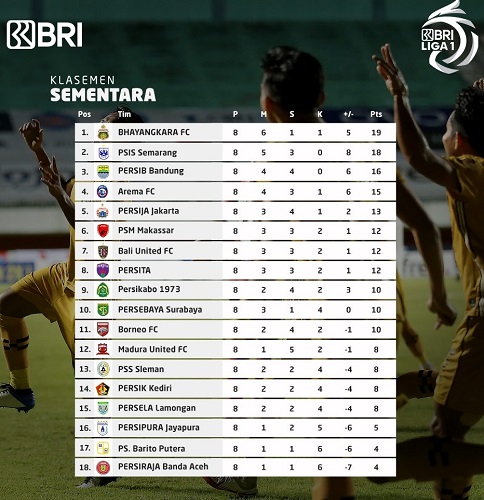