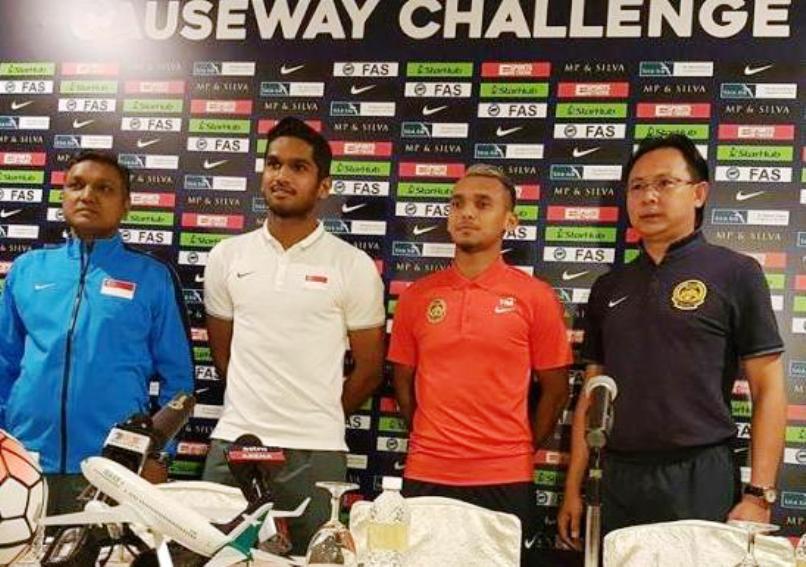 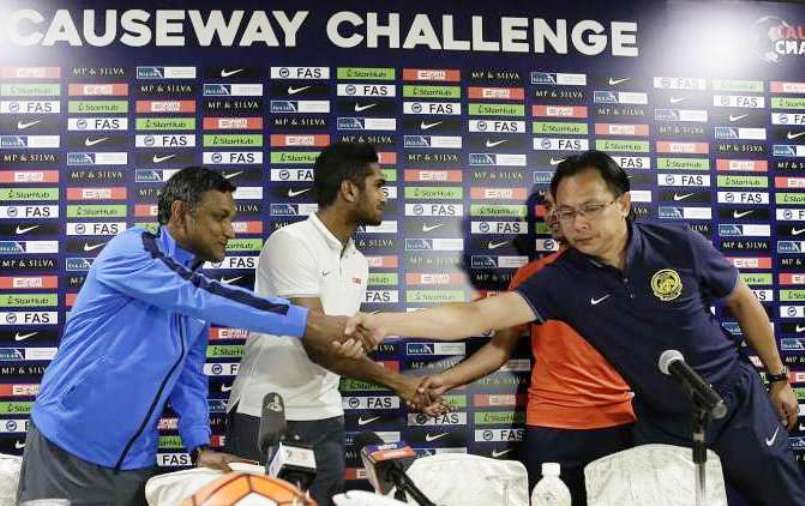 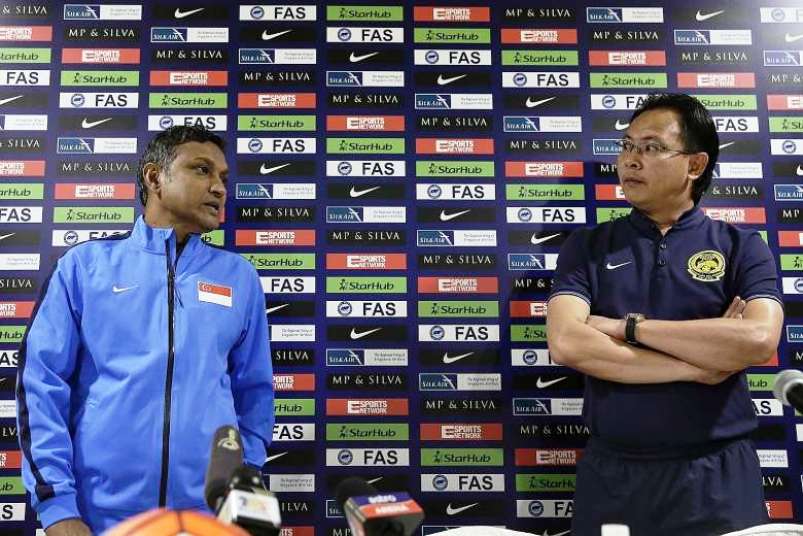 ONG Kim Swee and V. Sundramoorthy have one thing in common going to Friday’s Causeway Challenge: Their necks are, literally, on the verge of the chopping block.

Both home-grown coaches know their international careers are also on the line as Malaysia and Singapore play a much-awaited friendly international at the SportsHub in this 63rd meeting since 1965.

Over 90 precocious minutes, they will have a fair idea how the Tigers (FIFA ranked 158) and Lions (FIFA ranked 155) are in the final throes of preparing for next month’s AFF Suzuki Cup, which starts on November 19 – the ASEAN version of the World Cup for “frogs-in-the-well” teams that can barely come close to genuine Asian standards.

The die-hard fans on either sides of the Causeway will really go for their blood, if the face-saving result don’t go their respective way. Yes, a lot of “face” is at stake in this fiery derby confrontation of traditional rivalry that goes back more than a century, like England-Scotland, North Korea-South Korea or India-Pakistan.

If recent results are anything to go by, the report books show a lot more red than black and it’s been close to a disaster, with primary failures upfront where the lack of a Harry Kane-like striker has been the biggest hiccup.

Malaysia embarrassingly lost 3-0 to an Indonesia side just returning to the international fold after a FIFA ban while Singapore got clobbered 2-1 by Cambodia – the first time the Lions ever lost to Cambodia in 44 years!

Definitely with their tails behind their feet, both the Tigers and Lions are shamefully wounded and a high-performance show is mandatory on Friday, with absolutely no room for excuses.

“It will be a very hard game, Malaysia are coming here to also prepare for the AFF Suzuki Cup, same as us. (Malaysia’s) retirements can be good and can also be not good for them,” says Sundram, the first local coach to lead the Lions in 16 years, since Vincent Subramaniam coached the team from 1998 to 2000.

And Ong replies: “I know Sundram very well over two decades, and he’s carving out a tactically-changed lineup that can rise to the occasion. And with home ground advantage, he’s probably got the little nick.”

Sundram and Ong face a much larger colonial hangover syndrome as a wide-section of the public have clamoured for a foreigner-coach, with more impressive credentials and experience.

There’s little patience even among the FAM and FAS boardroom pundits, too, as they’re likely to mercilessly wield the axe, if either coaches don’t deliver the right results to appease the fans.

In name, Sundram only retains the title as “caretaker coach” after he signed a one-year deal which will see him lead the Lions to the Asean Football Federation (AFF) Suzuki Cup in November and the third round of the 2019 Asian Cup qualifiers in March next year.

I must admit that I’ve always had a soft spot for Sundram, as he’s arguably the most tactically-sound home-grown coach – even ahead of the iconic Fandi Ahmad. Sundram’s most recent managerial post was at big-spending Tampines Rovers, which he guided on Tuesday to become the first Singapore side since 2008 to make the quarter-finals of the Asian Football Confederation Cup.

He showed fiery promise in leading the developmental, now-defunct LionsXII outfit to a Malaysia Super League (MSL) title in 2013. And on the playing arena, his credentials are outstanding as he starred for Singapore from 1983 to 1995, and was also the second local professional after Fandi to ply his trade in Europe – with Switzerland’s FC Basel for their 1988-1989 campaign.

Turning 51 on Thursday, Sundram, whose skill and trickery during his playing days earned him the moniker “Dazzler”, silently knows that getting the better of Ong would be the ultimate, late birthday present.

“Yes, I hope that the team can give me a belated birthday present on Friday but more importantly, I hope that they will give it their best to show that they’re in the tune for the AFF Suzuki Cup,” he says.

The last time Malaysia and Singapore locked horns at the National Stadium in Kallang, it was the AFF Suzuki Cup back in 2014. Malaysia ran out 3-1 winners to advance to the semi-final stage of the competition ahead of their bitter rivals.

Neither Sundram nor Ong would say it, but I pray for a face-saving draw, on the back of a very decent performance, as it would be tailor-made to suit both the Tigers and Lions as they struggle to get out of their current dismal form and prepare for the make-or-break Suzuki Cup campaign.

Pride is definitely at stake in this 63rd meeting between Singapore and Malaysia since 1965. Singapore won 19, three fewer than the visitors.

As I hinted, a stalemate on Friday may well bring a little more relief that a face-saving loss for either the Tigers or Lions. And spare, for the moment, the precious necks of either Sundram or Ong.