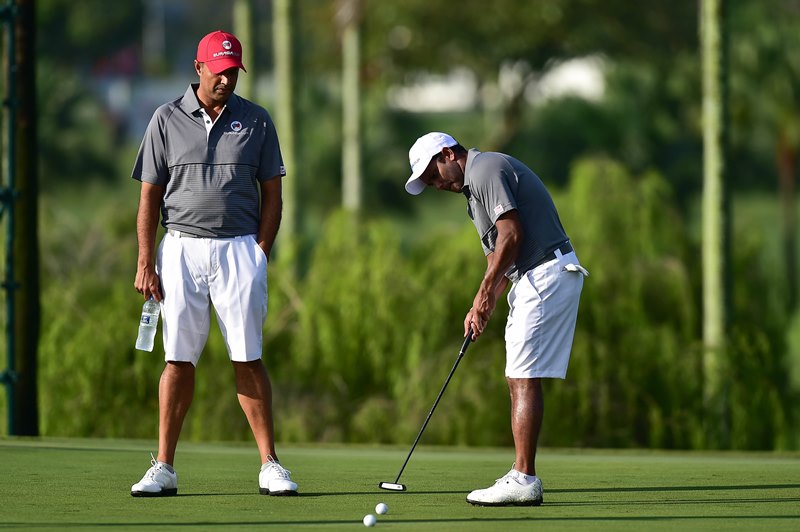 India’s S.S.P. Chawrasia is confident Team Asia can defy the odds when they take on Team Europe at the EurAsia Cup presented by DRB-HICOM which starts on Friday.

Playing in his second EurAsia Cup, the six-time Asian Tour winner is looking forward to the clash with 12 of Europe’s best players at the Glenmarie Golf and Country Club.

But that loss is a distant memory for the 39-year-old Indian and he is now optimistic of turning the corner with his other teammates.

Malaysia’s Nicholas Fung, who will be making his third appearance at the EurAsia Cup, is equally hopeful of putting a dent in Team Europe’s title defence.

The Malaysian also believes Team Asia’s push for EurAsia Cup glory will be aided by his past experience as well as the passionate crowd expected to back his continent this week.

Our team is really very strong to be honest compared to last time. We are getting used to playing a team event already because of our past experiences at the EurAsia Cup and I think we can do well. We are all good players and we are ready. The European team is strong but we are just as strong. We’re looking forward to the week. (On captain Arjun Atwal) He’s a very good friend of mine. I’m very comfortable with him because of the same language we speak and we’ve played together on many occasions, so that’s a very good thing. I think he’s a good captain for us. On a personal level, he has always helped me. I remember when I was younger, he would always come and ask me to work on my chipping and putting as everybody knows I cannot hit the ball long and my strength lies in my short game.

I’m very pleased to represent Team Asia again this year.  I’m looking very forward to the week as we’ve a strong team this year. We can give Team Europe a hard fight. We are all good friends and that’s important as it helps with all of us will constantly encourage and motivate each other. As for my game, it all coming back together and hopefully it will continue to click again this week. The Europeans hit the ball long so it’ll be good for us to keep the ball in play at all the times. We have an advantage as the greens here are totally different Europe and we have home support. These will make the difference.