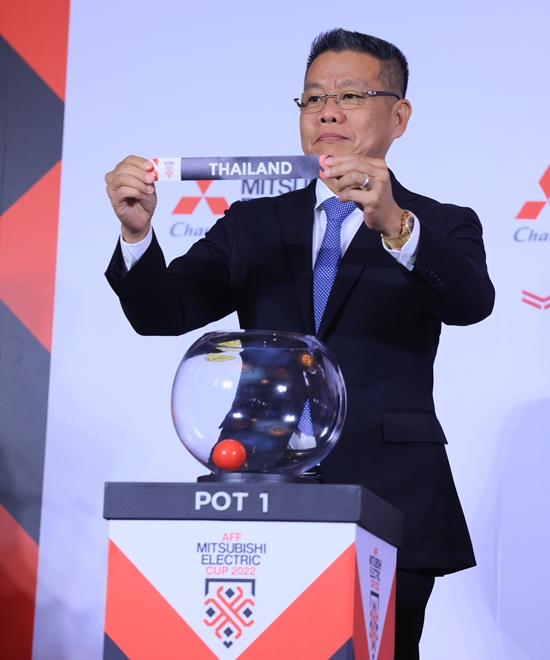 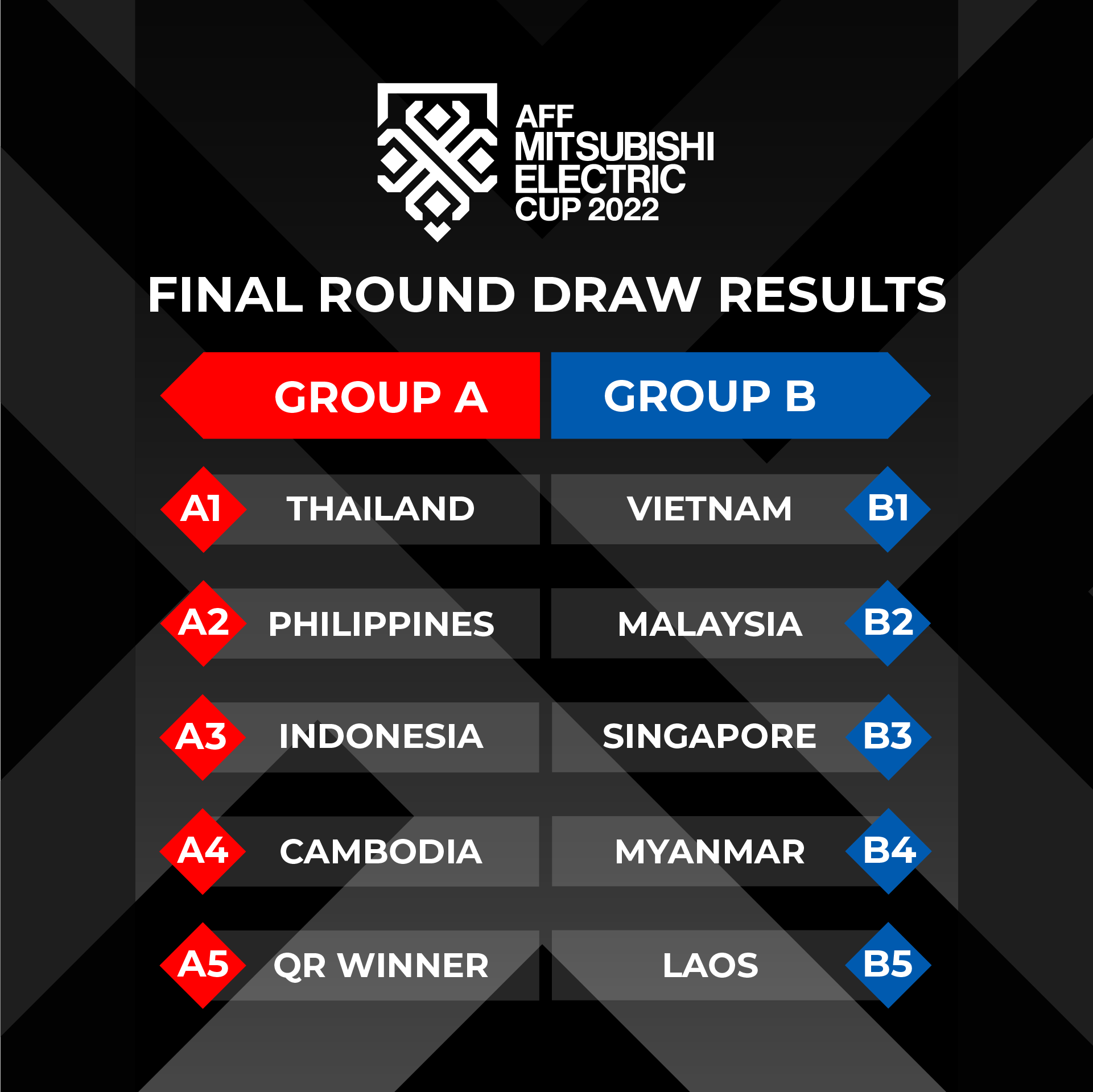 The Official Draw for the biggest football competition in South East Asia, the AFF Mitsubishi Electric Cup 2022, concluded today, revealing the pathway to glory for the 10 participating teams.

The two sides last faced each other in the Finals of the 2020 tournament. Philippines, Cambodia and the winners of the qualification round matches between Brunei Darussalam and TimorLeste will join them in Group A.

The qualification round matches have been scheduled for 5 and 15 November.

With less than four months to go until the tournament kicks off, the ASEAN Football Federation (AFF) also announced that the AFF Mitsubishi Electric Cup 2022 will take place from 20 December 2022 to 16 January 2023, across the 10 ASEAN cities in a full home-and-away format.

AFF President, Major General Khiev Sameth, said, “We are glad to have finalised the dates of the AFF Mitsubishi Electric Cup 2022 and the official groupings for all the teams. ASEAN fans will have much to look forward to following today’s draw, with all the exciting matchups in the respective group matches. We are in for a thrilling and competitive tournament. I am confident that the AFF Mitsubishi Electric Cup 2022 will surpass all expectations, both on and off the field, and emerge as the best edition
yet.”

The Official Draw was held at Shangri-La Bangkok in Thailand, with the proceedings conducted by AFF President Major General Khiev Sameth, in the presence of representatives from the different member federations, participating teams, sponsors and broadcast partners.

President of the Football Association of Thailand, Police General Somyot Poompanmoung, said, “We are delighted to host the Official Draw in Bangkok and kick-start the countdown to a new era of ASEAN football. The 2020 edition has been a very successful one for the Thai National Team and we are looking forward to defending the title later this year.”

Alexandré Pölking, Thailand National Football Coach, said: “I believe the home and away format for this year’s tournament will be very nice for the fans especially. With two Group Stage games being played at home, it will give a different atmosphere and makes it more special than the previous edition.”

The top two teams of each group will proceed to the two-legged semi-finals taking place from 6 – 10 January 2023.